Uniswap has been trading inside a strong uptrend since December 2020. However, in the past week, there has been a significant shift in momentum in favor of the bears which are looking for a massive 25% breakdown.

On the 4-hour chart, Uniswap established an ascending parallel channel with a key support trendline at $19.7. Losing this level will push Uniswap price down to $14.8, a 25% drop calculated by using the height of the parallel channel as a reference guide. 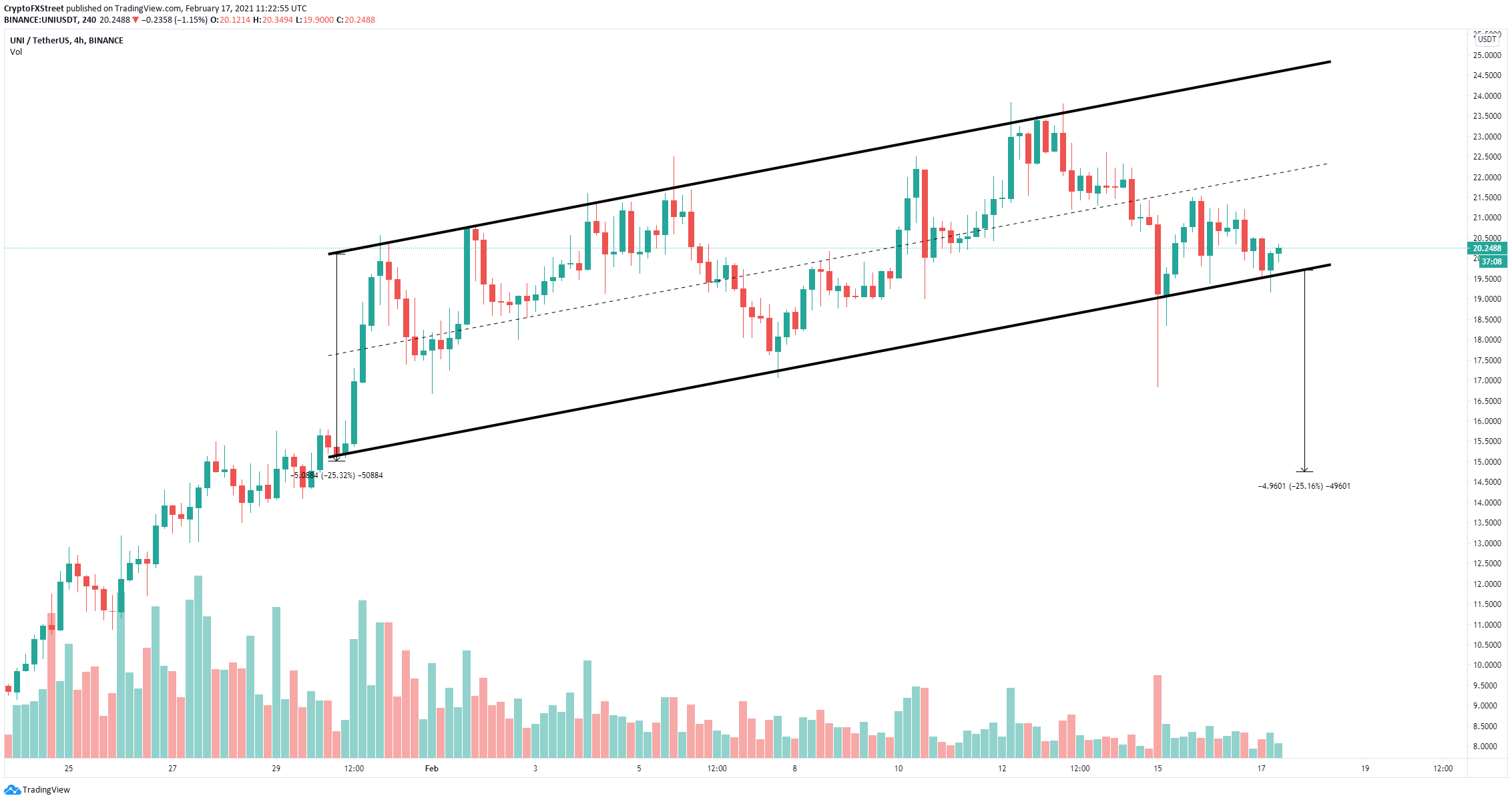 However, if UNI bulls can defend the key support level at $19.7 of the ascending parallel channel, they can expect a significant rebound. Currently, Uniswap price faces two critical resistance points at the 100-SMA and 50-SMA levels on the 4-hour chart. 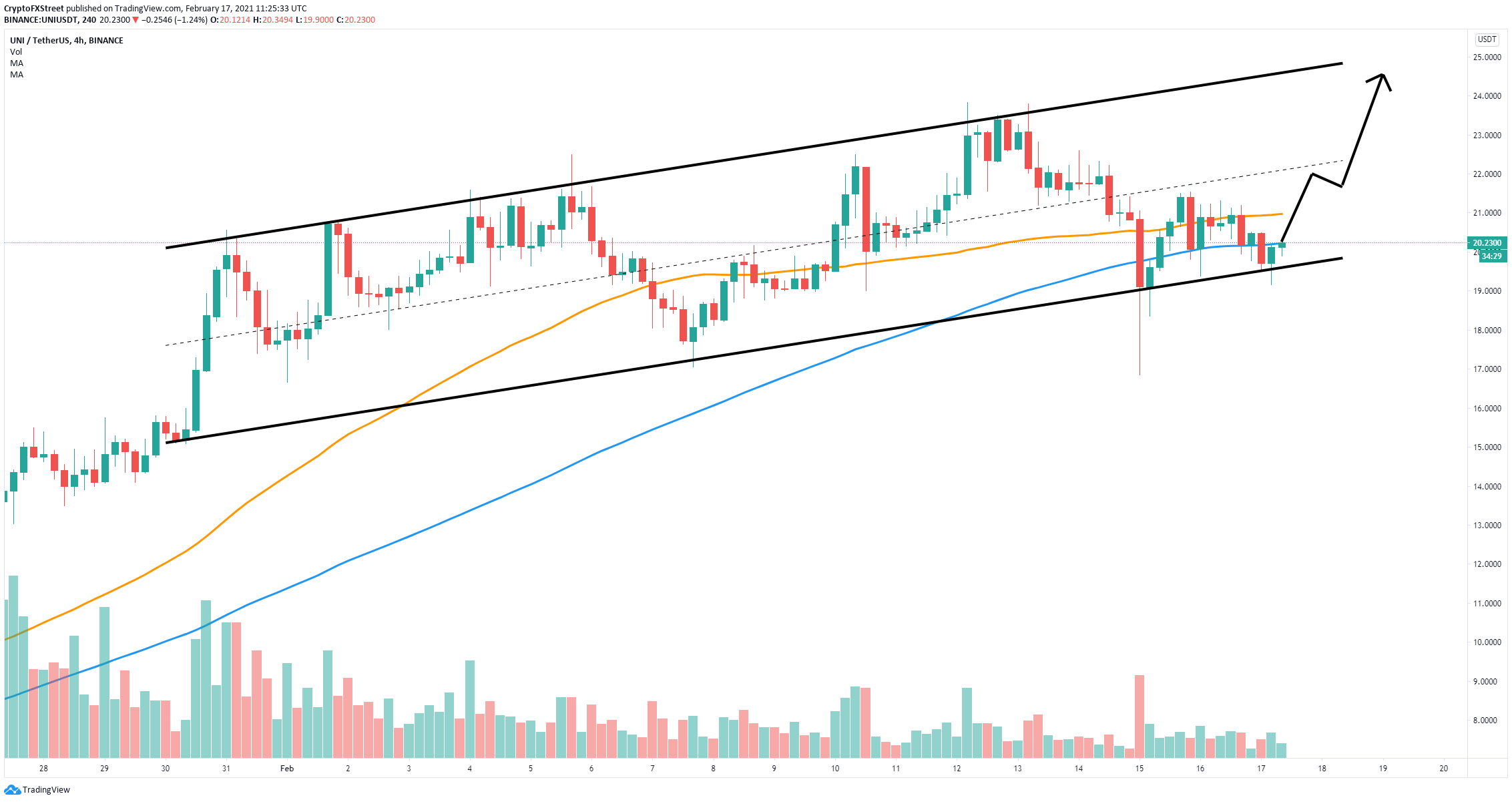 Climbing above both resistance levels and establishing them as support can quickly push Uniswap price up to $22.5 at the middle trendline of the parallel channel and as high as $24.5, at the top.

VET ready for a rebound after bloody correction

VeChain price witnessed a brutal 45% sell-off that kicked off on February 12. Although VET crashed as low as $0.033, market participants are aggressively buying the dips.

Elrond price broke down from a descending triangle as it sliced through the $126 support barrier. If sellers continue to pile up, then the reversal pattern forecasts a downswing to $74. Declining developer activity adds credence to EGLD’s bearish outlook.

The cryptocurrency market is in bloodshed on Tuesday during the European session. Algorand has not been spared from the battering, which has led to massive losses.

Litecoin recently abandoned the journey to all-time highs following a barrier slightly under $250. The correction has proved difficult to stop, with Litecoin losing various tentative support levels like $220 and $200.