In the past 24 hours, the cryptocurrency market managed to recover about 80$ billion in market capitalization reaching $1.81 trillion. The next target is the astronomical $2 trillion capitalization level.

Most cryptocurrencies are in the green today while Bitcoin’s dominance continues declining, dropping 2 percentage points in the past week.

On the daily chart, the uptrend has been kept intact and Bitcoin held the key support level at $53,700, the 26-EMA. This moving average has served as an accurate guide for the bulls throughout this recent bull rally. 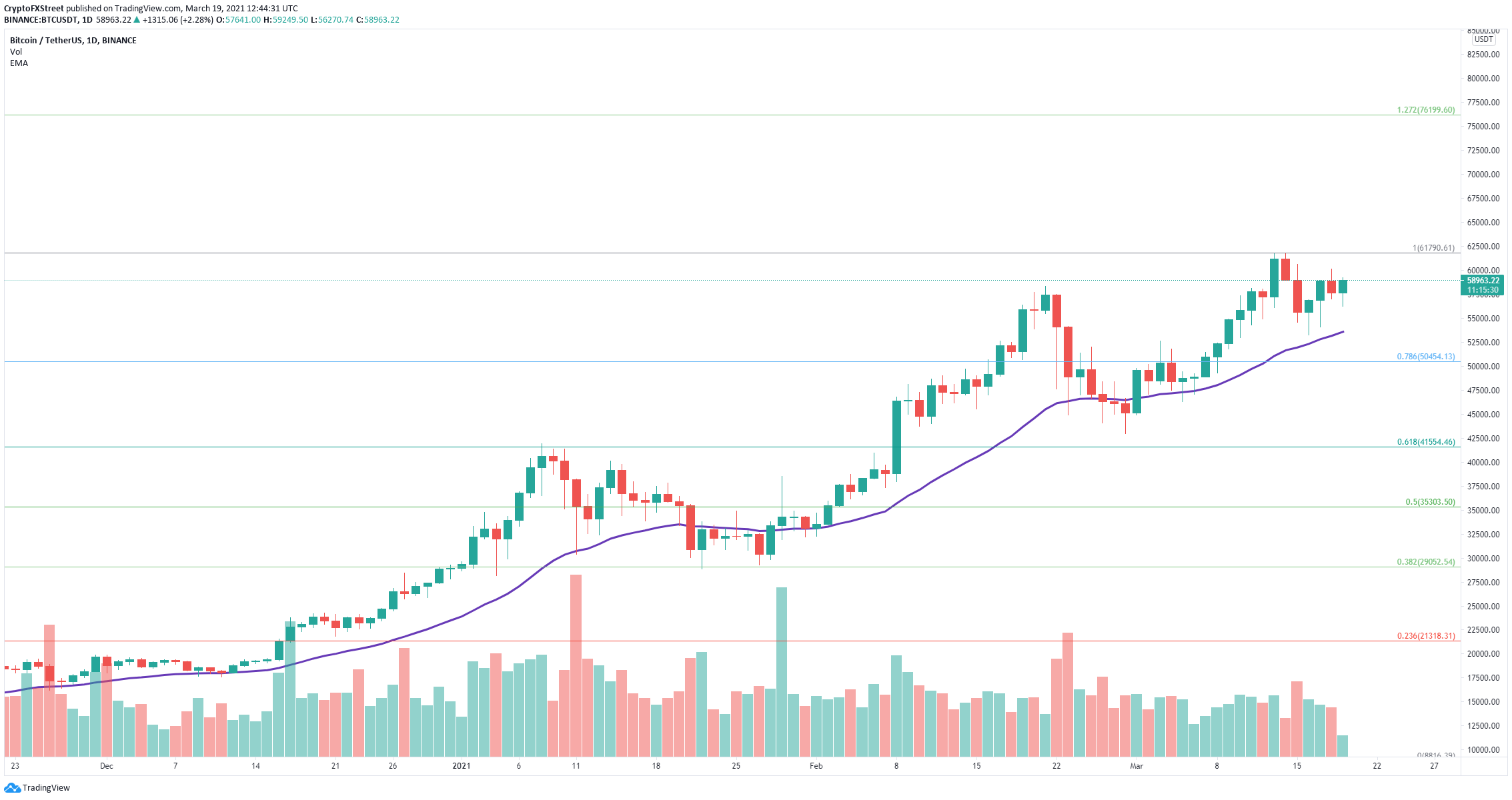 In the past week, Ethereum has been trading sideways but remains contained inside an ascending broadening wedge pattern on the 12-hour chart. There is a critical support level at $1,700 which coincides with the 50-SMA and the 100-SMA levels. 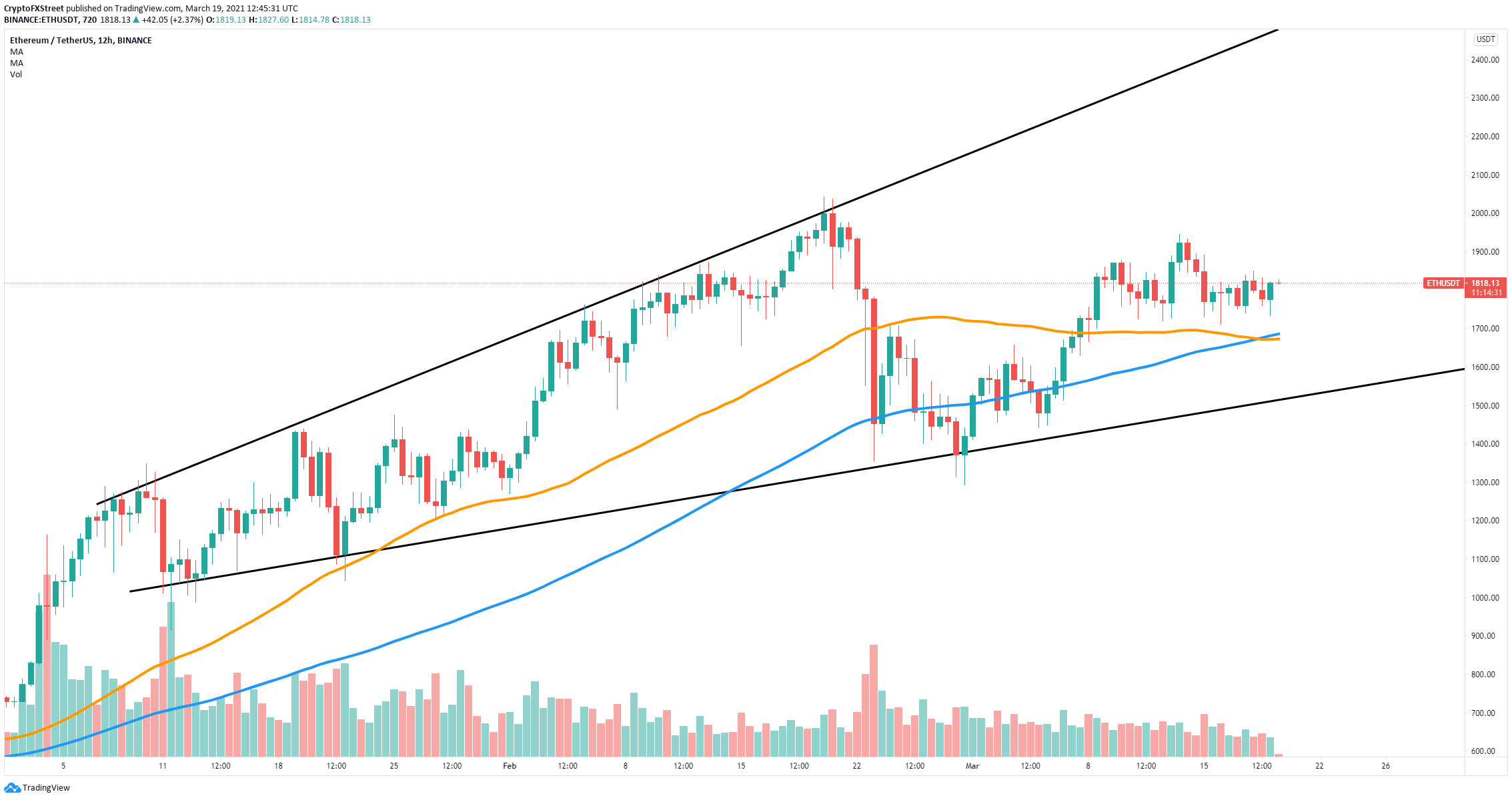 Holding this key support point should push Ethereum higher. The short-term resistance is located at $1,944, a breakout above this level should push ETH towards the all-time high of $2,042. Further than that, the next price target would be the top trendline of the pattern at $2,423.

On the other hand, a breakdown below the key support level at $1,700 would drive Ethereum price down to the lower boundary of the pattern at $1,520.

XRP has been rejected from a key resistance level at $0.488 several times in the past month. On the 12-hour chart, the digital asset formed an ascending triangle pattern. 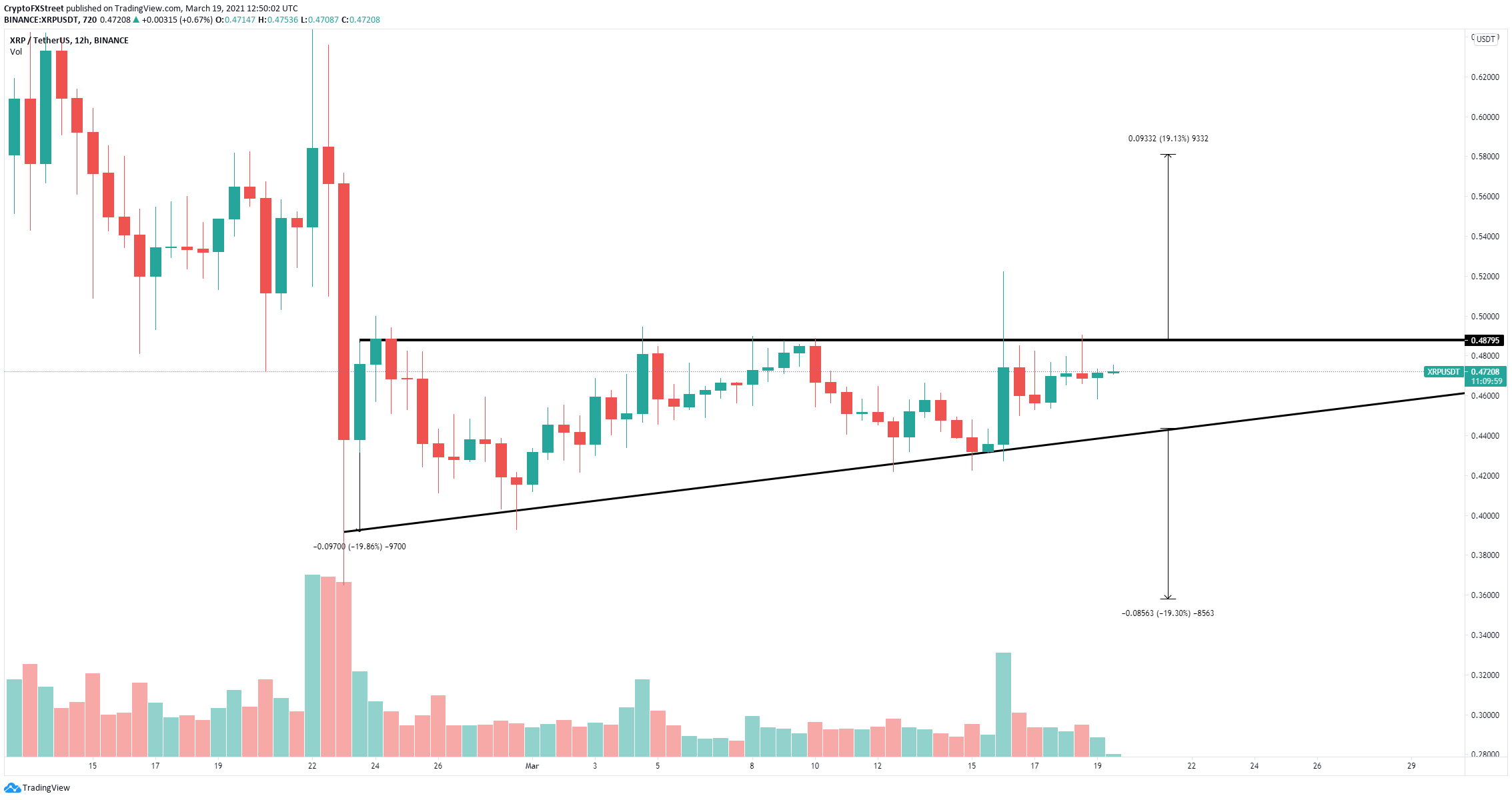 A breakdown below the lower trendline support at $0.444 will drive Ripple price down to $0.36. However, if bulls can finally crack the key resistance level of $0.488, the digital asset will quickly explode towards a high of $0.581.