Bitcoin price is forming a fractal, suggesting that the downtrend is around the corner. This new development further strengthens the macro bearish thesis for BTC.

After this flash crash, Bitcoin price consolidated in the form of higher lows and higher highs between January 14 and May 22, creating an ascending parallel-like structure known as a flag.

This technical formation projects a target of $18,179, which was confirmed the moment Bitcoin price dropped below $38,305. So far, Bitcoin price has paused its selling to consolidate around the $30,000 psychological level. A daily candlestick close below this foothold will likely trigger a further decline to the target of roughly $20,000.

While this pattern has been ongoing for quite some time, the recent consolidation seems to have created another bear flag, which forecasts a 30% drop to, more or less, the same target of $20,000.

This fractal formation further affirms that an eventual drop in Bitcoin price seems likely. Moreover, the development opposes the possibility of a relief rally to $35,000 or higher. Hence,  investors need to be careful as BTC consolidates with no directional bias in play. 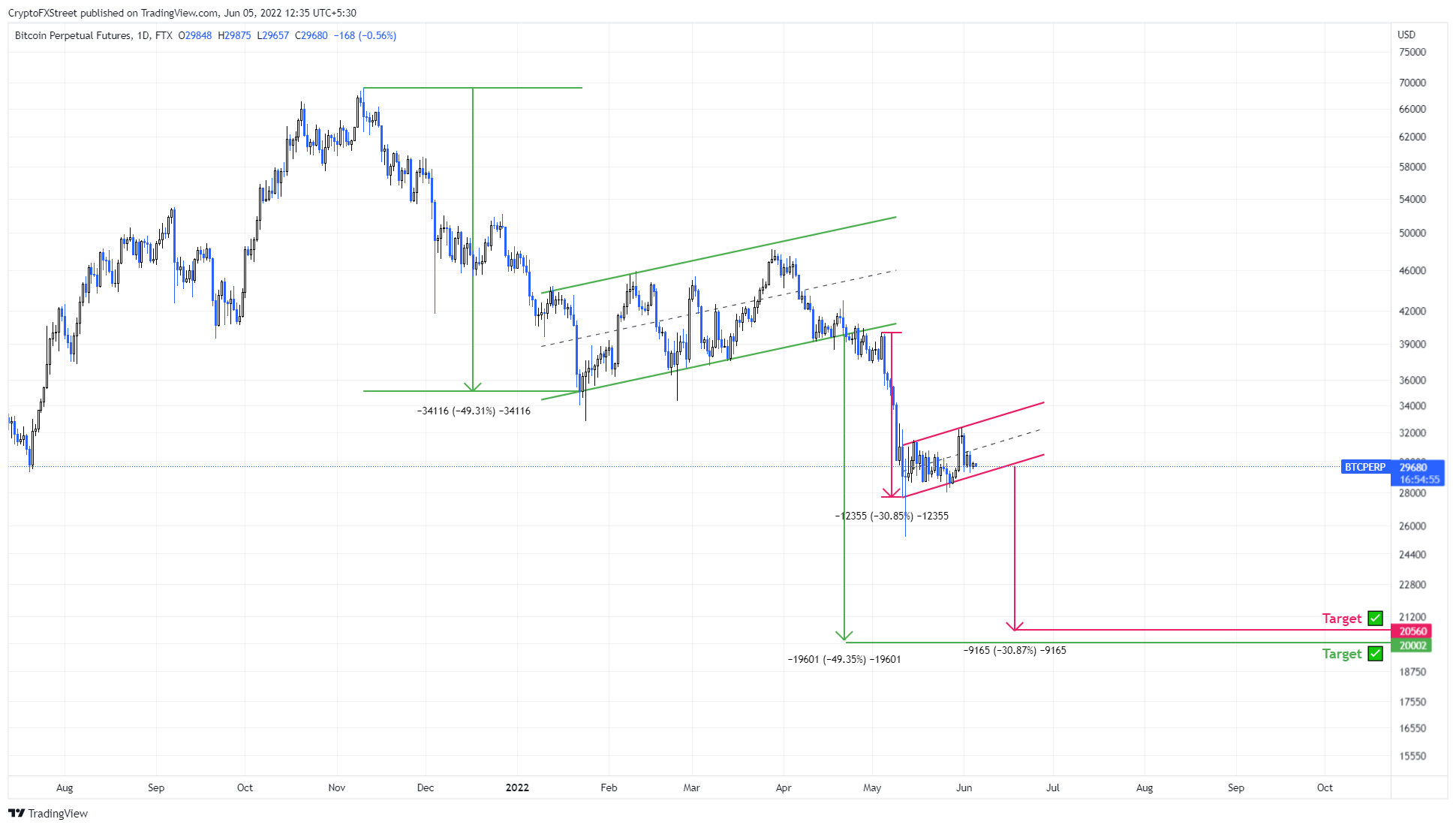 While things are looking gloomy for Bitcoin price, a spike in buying pressure that pushes BTC to $35,000 will invalidate the smaller bear flag. From a macro perspective, if the big crypto bulls propel the asset to produce a higher high above $52,000, it will invalidate the massive bearish thesis.

In such a case, Bitcoin price could climb higher and perhaps retest its all-time high at $69,000.

Ethereum’s mainnet Merge with the proof-of-stake Beacon Chain should happen sometime next month. The third and final test environment network (testnet) merge before the ETH blockchain makes its long-awaited move to proof-of-stake from proof-of-work has successfully been completed.