Theta price shows a clear bullish bias as it nears the end of its consolidation, hinting at massive gains in the near future.

Theta price is consolidating in a bullish pennant formed due to a significant spike in price followed by a consolidation in the form of a pennant. A breach of the upper trend line of the pattern signals a breakout and forecasts a 57% upswing, determined by measuring the flagpole’s height.

The Bollinger Bands indicator shows that Theta price is enveloped tightly by the upper and the lower band, suggesting a lack of volatility. Hence, the move that follows this consolidation will result in a sharp move. While this technical indicator does not reveal a direction, the bullish pennant formation suggests that this volatile move will most likely head higher. 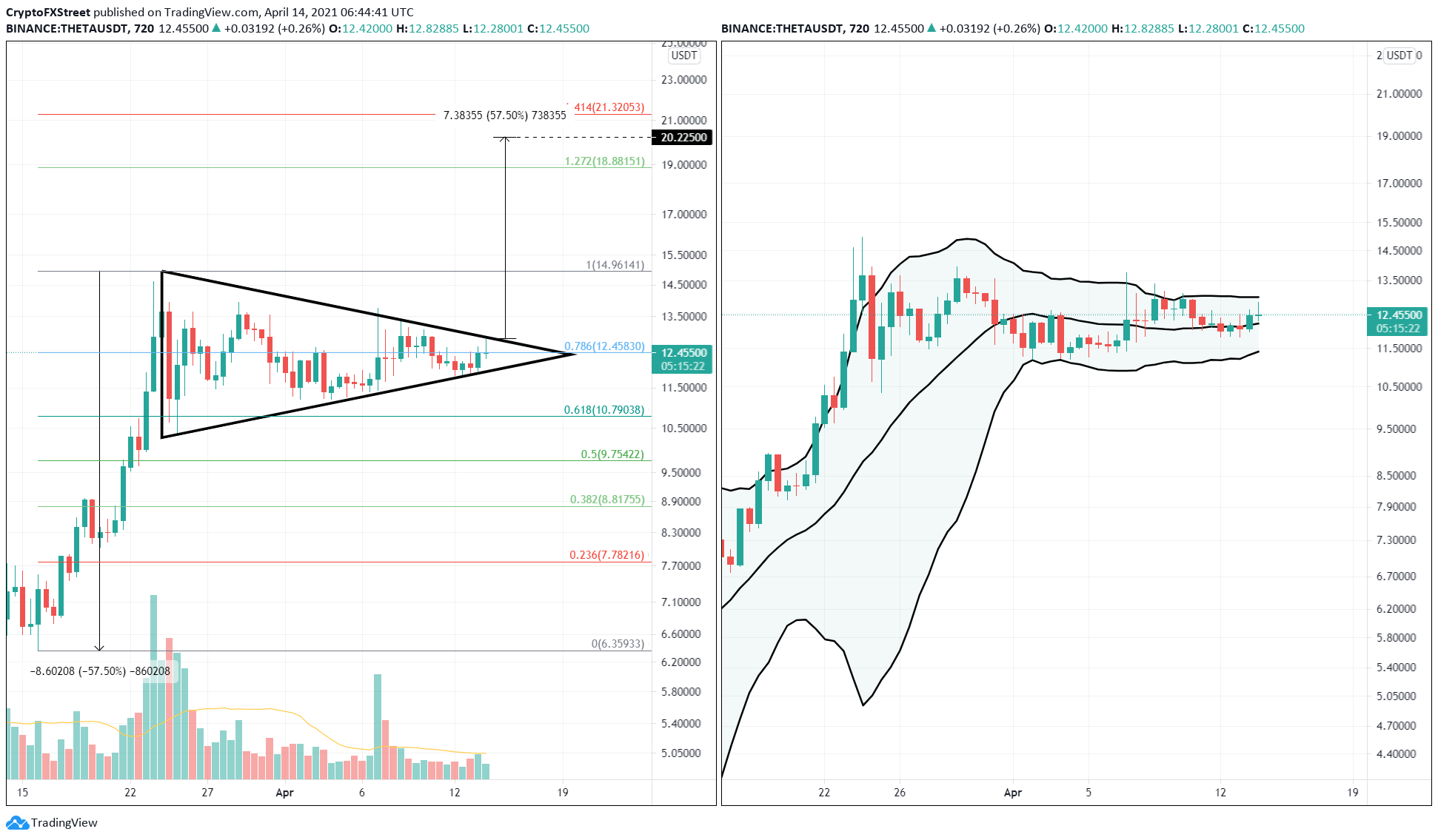 Regardless of the bullish outlook, a breakdown of the pennant’s lower boundary could spell trouble for Theta. If the 50% Fibonacci retracement level at $10.66 is breached, it would create a lower low and signal a bearish breakout.

A persistence of selling pressure could drag THETA as low as $9.64.

XRP price has retraced to a crucial support barrier at $1.42. Ripple price shows the promise of a bull rally that could create new yearly highs. This move comes after Ripple tested a critical support barrier.

Chainlink’s VRF functionality is integrated by Upshot to appraise NFTs in real-time. Coinversation Protocol announced the use of Chainlink price feeds to secure its platform.

The Chicago Mercantile Exchange (CME) has launched a new futures product as demand continues to grow in the cryptocurrency space. The new micro Bitcoin futures contract by CME will be one-tenth the size of a Bitcoin.

The parent company behind Grayscale, Digital Currency Group, has decided to ramp up the number of shares to acquire in the cryptocurrency fund.