Cryptocurrencies bring back a somewhat forgotten sense of excitement to the market move. Altcoins showed a sudden surge at the start of the week, while Bitcoin - declined. Now the entire company is growing, while Ethereum shows the most significant impulse. And all this in a few days. At the same time, the first cryptocurrency shows no trend, causing more and more confusion. When the instrument grows and declines day after day from the same levels, in trading, it is called "fence".

Bitcoin first declined below $9,600 at one point yesterday, but buyers supported it, returning to the old price range. The sharp decline caused the elimination of long positions on the BitMEX crypto exchange. According to the Skew, an analytics company, there was closed positions by $150 million on this exchange alone. By Friday morning Bitcoin changes hands for $10,200. 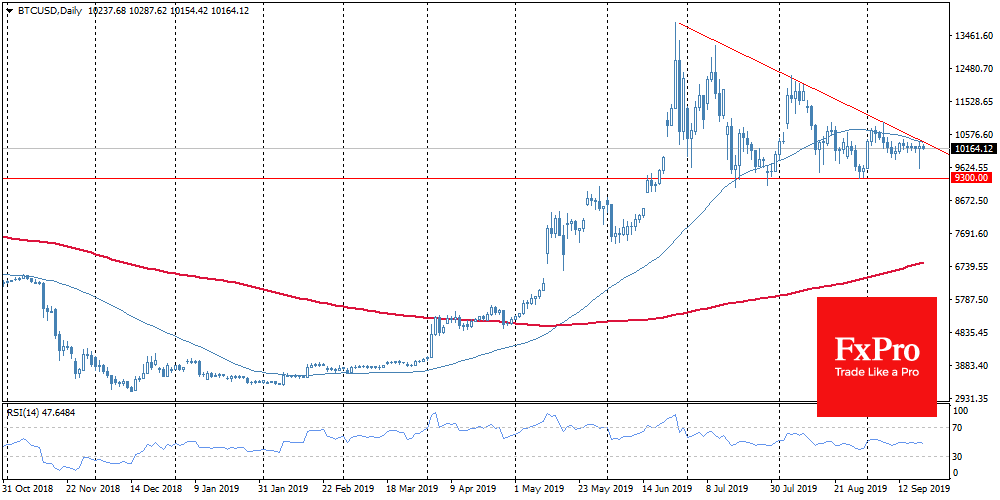 It seems that the interested parties do not let the Bitcoin decline, using the price dips to buy it cheaper. Big money often plays against the market in this way. Nowadays, large insiders or funds may well use in their favour the disappointment of retail investors with the lack of rapid growth.

Technical analysis gives an idea more often about short-term and long-term dynamics. However, the mid-term picture is often very vague; just in these periods, the market can be the most unpredictable. The general sentiment in the market points to the long-term prospects of Bitcoin growth. Although, in the next few months, we can see a sharp decline, and it is likely may become the most inopportune moment.

Bitcoin's narrow sideways trend does not interfere with the growth of hash rate at all. The computational power of the network exceeded the round mark of 100 EH/s. Miners now look like the most optimistic market players.

The brightest spot in the altcoin market is Ethereum (ETH), which has grown by 20% over the week and is now changing hands for $218. More importantly, the leading altcoin does not show signs of a weakening of the momentum. ETH grew both due to technical changes increase the total network capacity by 25% and to the overall turnaround of the trend on altcoins. The approaching zero phase of Ethereum 2.0, which is due to start in January 2020, also helps Ethereum. 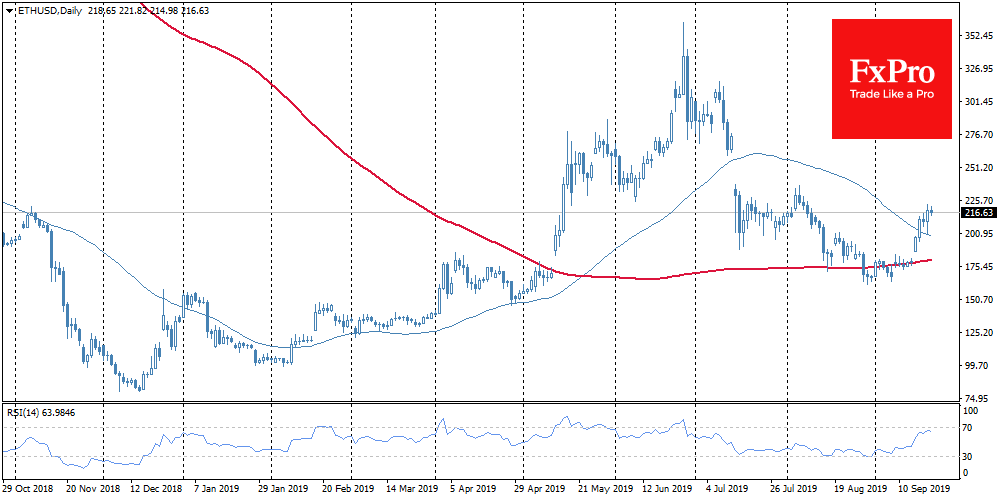 Judging by the increase in prices, market participants decided to use low price levels to increase the theoretical chances for the maximum number of alternative coins. And this is perhaps the most inspiring signal of the market cryptocurrency in recent weeks.

ETH/USD may return to $220.00 before another strong rally

Ethereum tested $247.93 during early Asian hours and retreated to $247.70 by the time of writing.  The second-largest digital asset has gained about 1% of its value since the start of the day and stayed unchanged since the beginning of the day.

IOTA has announced a major upgrade to its Hornet node software, which is the first performance upgrade in IOTA 1.5. the first in a series of planned protocol upgrades.