Solana price has developed one of the most sought-after short-selling patterns in Point and Figure analysis: the Bearish Catapult. This pattern's strength comes from its location: near the top of a trend. The Bearish Catapult pattern on Solana's chart is a textbook example.

The theoretical short idea is a sell stop order at $170, a stop loss at $200, and a profit target at $70. The profit target is derived from the Vertical Profit Target Method in Point and Figure analysis. A trailing stop of one or two boxes would help protect any implied profit post entry.

However, any short-sellers should beware that a move to $70 is not without difficulty. The $140 value area is where the second largest high-volume node for 2021 exists. Below that, another high volume node and the 38.2% Fibonacci retracement at $110 is also an important support area. The bottom of the anticipated correction could be found at either of those levels. 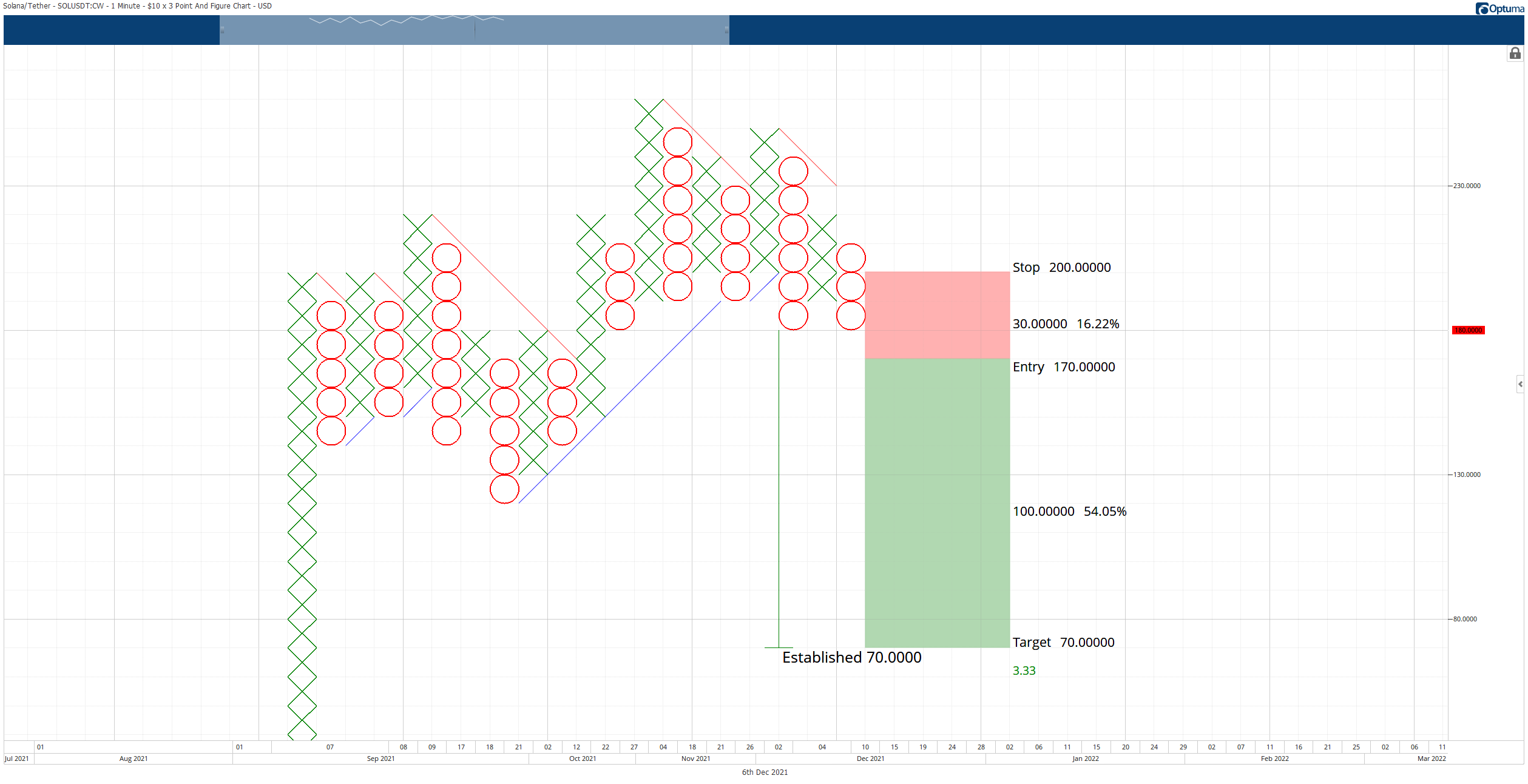 The short idea is invalidated if Solana price were to move to $230. In that scenario, a bullish continuation is likely to occur because Solana will have simultaneously moved above a critical high volume node and convert the $10/3-box reversal Point and Figure chart into a bull market.