While Dogecoin might be the meme coin king, it is Shiba Inu that is currently the most popular meme token, and it is this popularity that its recovery hinges on since, on a technical level, SHIB is truly struggling.

Bitcoin not to the rescue?

Not really. In fact, it might just be the king coin that stands in the way of recovery for Shiba Inu. Both the assets are following the broader market cues, and the larger sentiment post the August dip is still pretty negative. Investors are in a state of “extreme fear” two weeks later still, which is making a recovery difficult.

Shiba Inu’s downtrend seemingly coming to an end a few days ago was nothing but a fakeout since SHIB returned to its earlier state of decline at the time of writing. Evidence of the same is apparent as per the Parabolic SAR, as the black dots moved back above the candlesticks in the last 42 hours.

The best support SHIB has at the moment is the 50-day Simple Moving Average (blue), which will support its recovery to the market top with a 40% rise. But that could be lost too if SHIB continues declining.

Bitcoin’s price is observing no different momentum as it is still stuck in the critical zone under the 23.6% Fibonacci level. Trading at $18,968, BTC is in the danger zone as it is very close to the market bottom.

Why does this matter to Shiba Inu?

The way Bitcoin’s trajectory could affect SHIB is that the latter shares a correlation of 0.61 with BTC. As long as Bitcoin remains subdued, SHIB will be too, and the only saving grace for the meme coin is its demand. 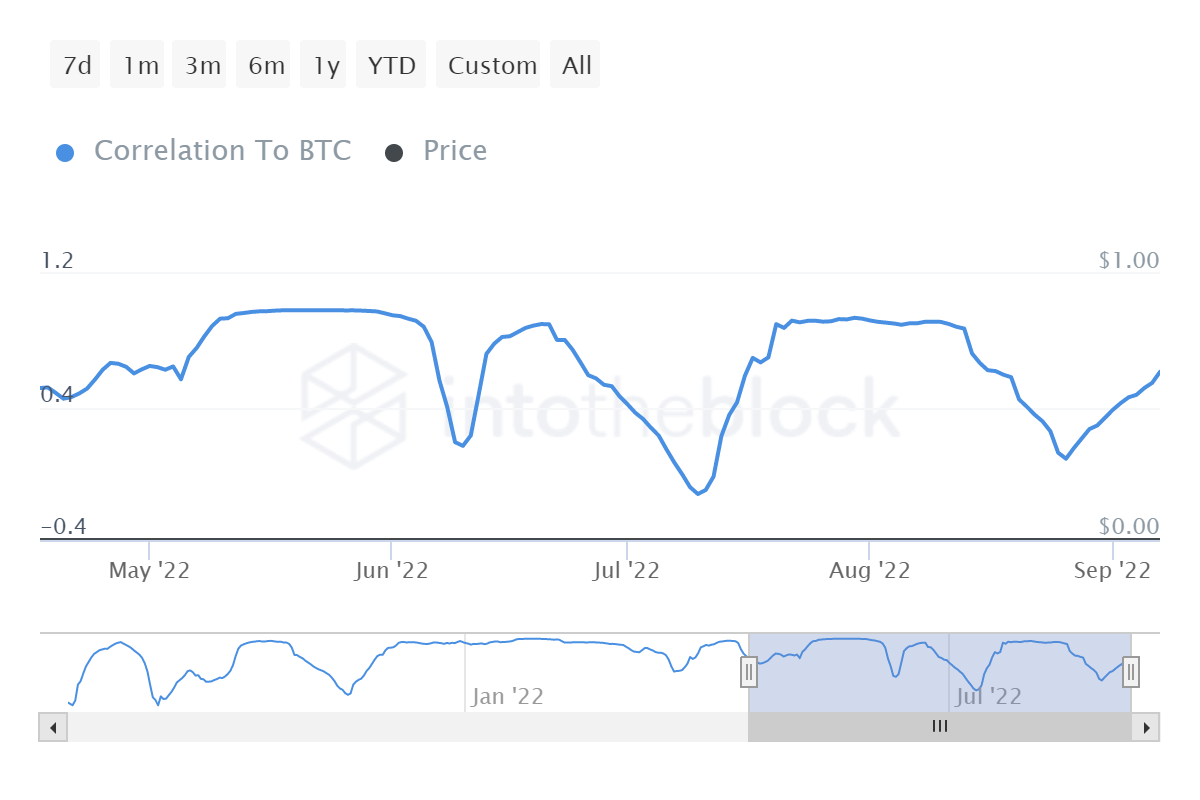 Shiba Inu’s most marketable prospect is its Metaverse, which is developing rapidly. Earlier last week, Shiba Inu showcased its first ever WAGMI Temple concept art. The WAGMI Temple is designed as the core of the Metaverse and is set to display Shiba Inu’s history.

Although no discernable effect was observed on the price action from this development, the eventual inclusion of investors in the virtual world will certainly push SHIB on the charts.