Shiba Inu price is on the verge of triggering another run-up, but it needs to allow investors who partook in the previous rally to book profits. As a result of the flashy move seen previously, more market participants are likely to flock around the next support level, triggering another leg-up.

Shiba Inu price preps for the next two moves

Shiba Inu price rallied a whopping 42% in a single daily candlestick but closed at a total gain of 33.7%. After creating a swing high at $0.0000180, SHIB has been retracing, which could be a result of investors booking profits.

This move is likely going to continue until the meme coin reaches a stable support level at $0.0000130. In some cases, Shiba Inu price might dig a little deeper to retest the point of control (POC) at $0.0000118. This level saw the highest traded volume level since April 11 and should technically serve as a support level.

So, a bounce off these two levels is where interested investors can look to catch the next potential rally. Market participants can expect Shiba Inu price to either create an equal high at $0.0000180 or slice through this hurdle and make a run for the $0.0000200 resistance level.

In total, investors can expect a 50% upswing on the next leg, which is highly reliant on the fact that Bitcoin price does not sell off. The bullish case for SHIB makes sense as long as the big crypto remains sidelined or heading higher. 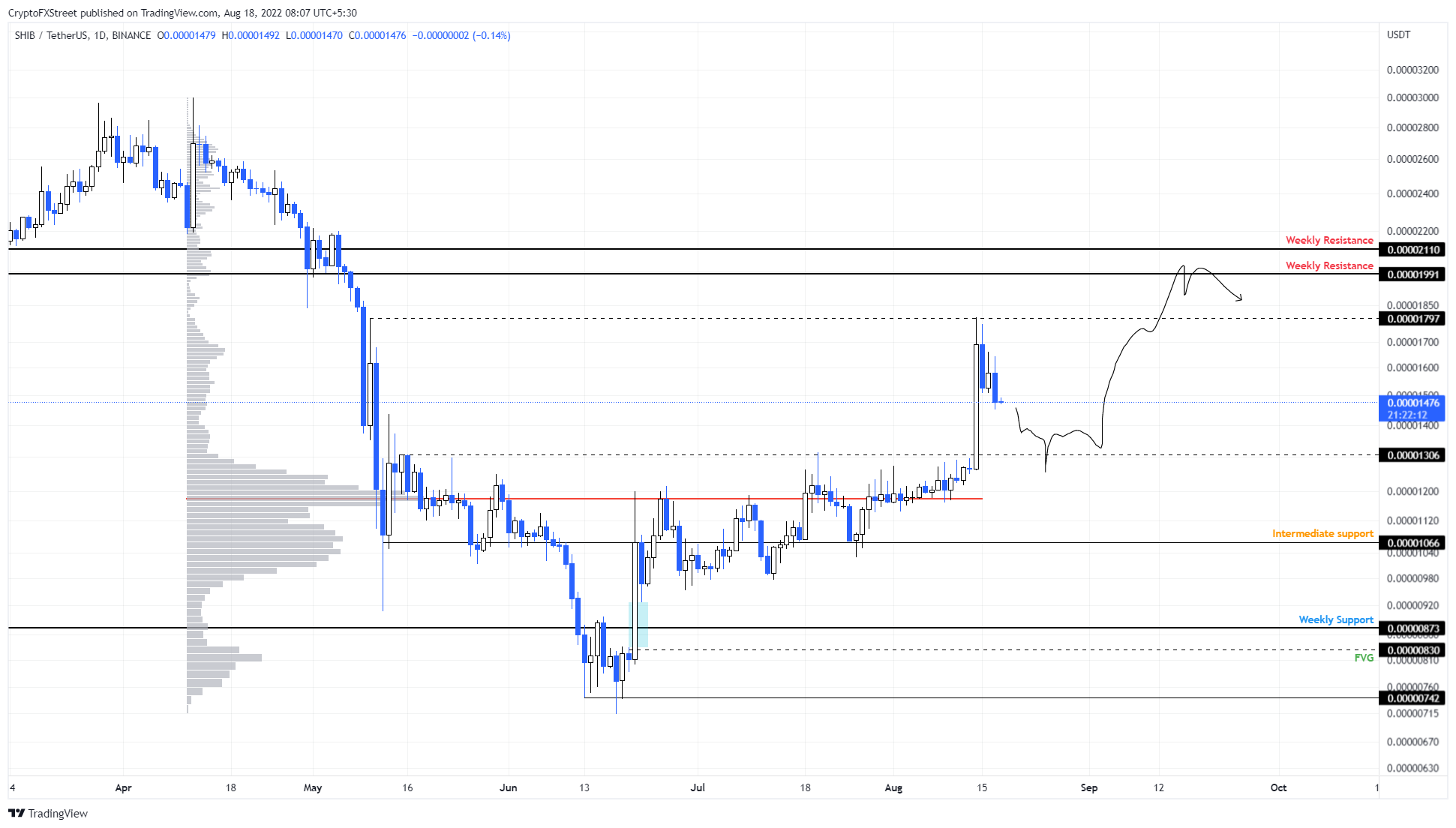 On the other hand, if Shiba Inu price fails to stay above the POC at $0.0000118 and produces a daily candlestick close below it, the bullish thesis will face invalidation. In such a case, Shiba Inu price could drop 10% to retest the $0.0000106 foothold.