Shiba Inu price is preparing for a significant breakout as SHIB approaches a critical level of resistance. If the canine-themed token manages to slice above one crucial hurdle, a 46% ascent toward $0.00004693 is on the radar.

Shiba Inu price has formed a falling wedge pattern, suggesting a bullish forecast for the token on the 12-hour chart. If SHIB slices above the upper boundary of the prevailing chart pattern at $0.00003214, a 46% climb toward $0.00004693 could be in the offing.

The Momentum Reversal Indicator (MRI) has flashed its second consecutive bottom signal, suggesting that Shiba Inu price is ready for a reversal. 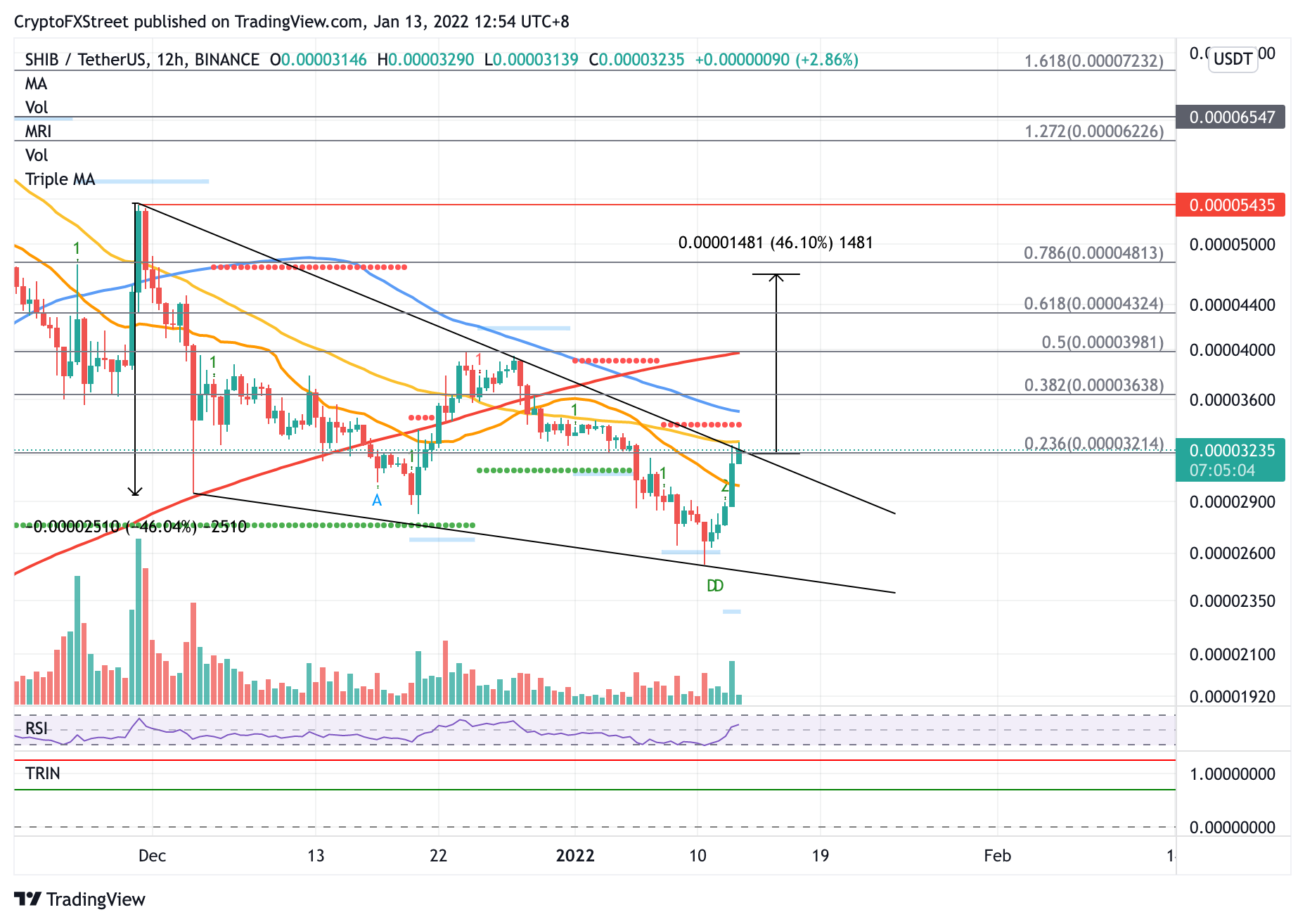 Bigger aspirations paired with a spike in buy orders may incentivize the bulls to target the 78.6% Fibonacci retracement level at $0.00004813.