Shiba Inu price experienced a sell-off along with other altcoins in the market as Bitcoin price failed to sustain. As a result, SHIB has sliced through a crucial barrier and is currently bouncing off another one.

This barrier provides a strong support and investors can expect SHIB to bounce off of it and trigger a quick run-up to the recently flipped weekly resistance barrier at $0.0000283. The move would constitute a 20% ascent but an upside beyond seems unlikely.

Therefore, market participants can expect the meme coin to slip into consolidation between these two barriers for the foreseeable future. 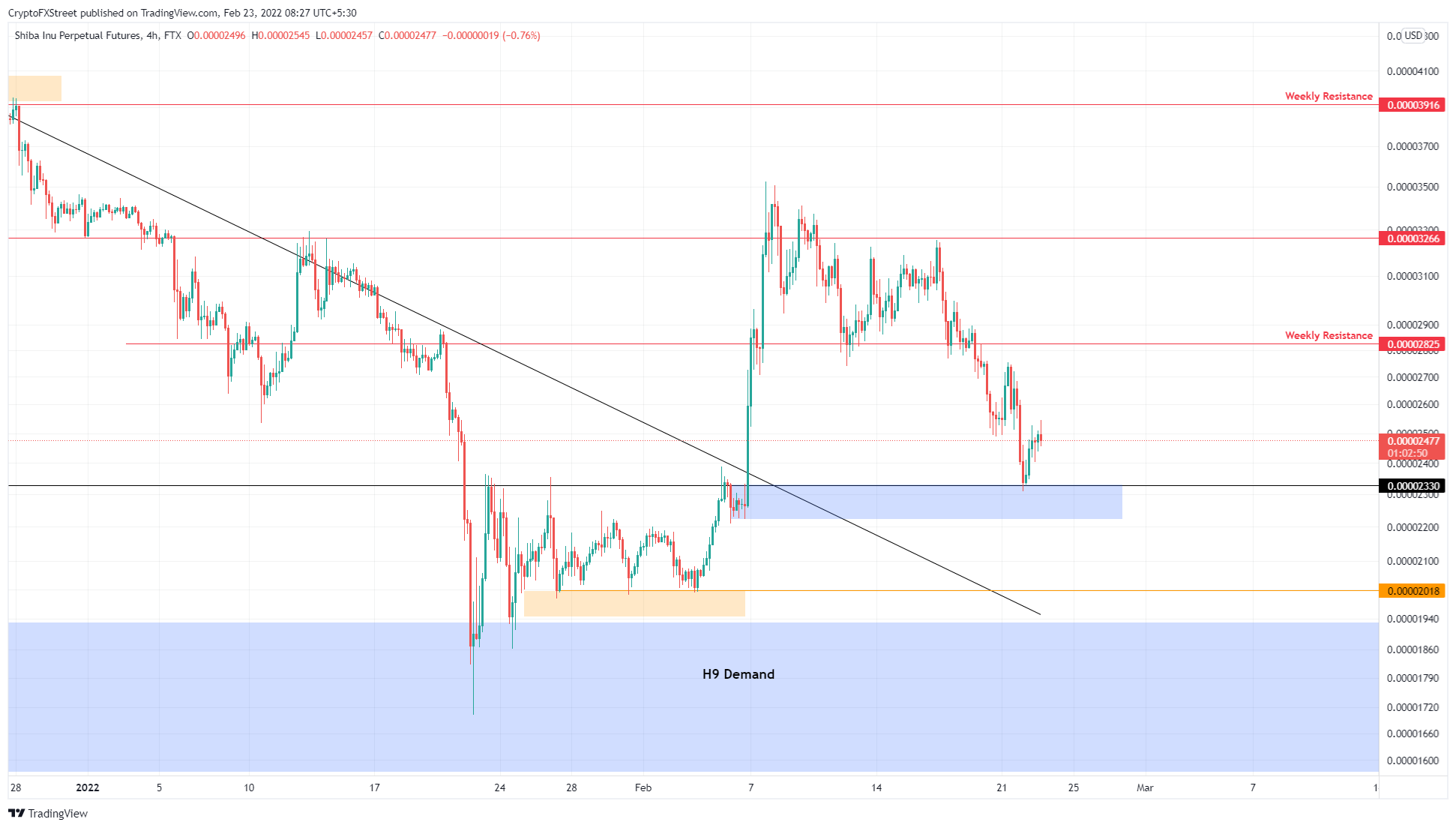 While things are looking mildly bullish for Shiba Inu price, it is due to Bitcoin price. A sudden uptick in selling pressure could sway the odds in favor of bears. If SHIB produces a four-hour candlestick close below $0.0000224, it will create a lower low and invalidate the bullish thesis.

In this case, Shiba Inu price could crash to retest the $0.0000202 support level, where bulls can lick their wounds in preparation for the next upswing.