Shiba Inu (SHIB) broke out of its prevailing "cup-and-handle" pattern on Aug. 14, raising its prospects of securing additional gains in the coming weeks.

A cup-and-handle appears when the price falls and rises in a U-shaped trajectory in the first stage, followed by a swift move sideways or downward in the second. Notably, the price trend develops under a common resistance level.

Typically, cup-and-handle patterns resolve after the price breaks above the resistance level; SHIB did the same on Aug. 14 after rising 27% to $0.000016, as shown below. 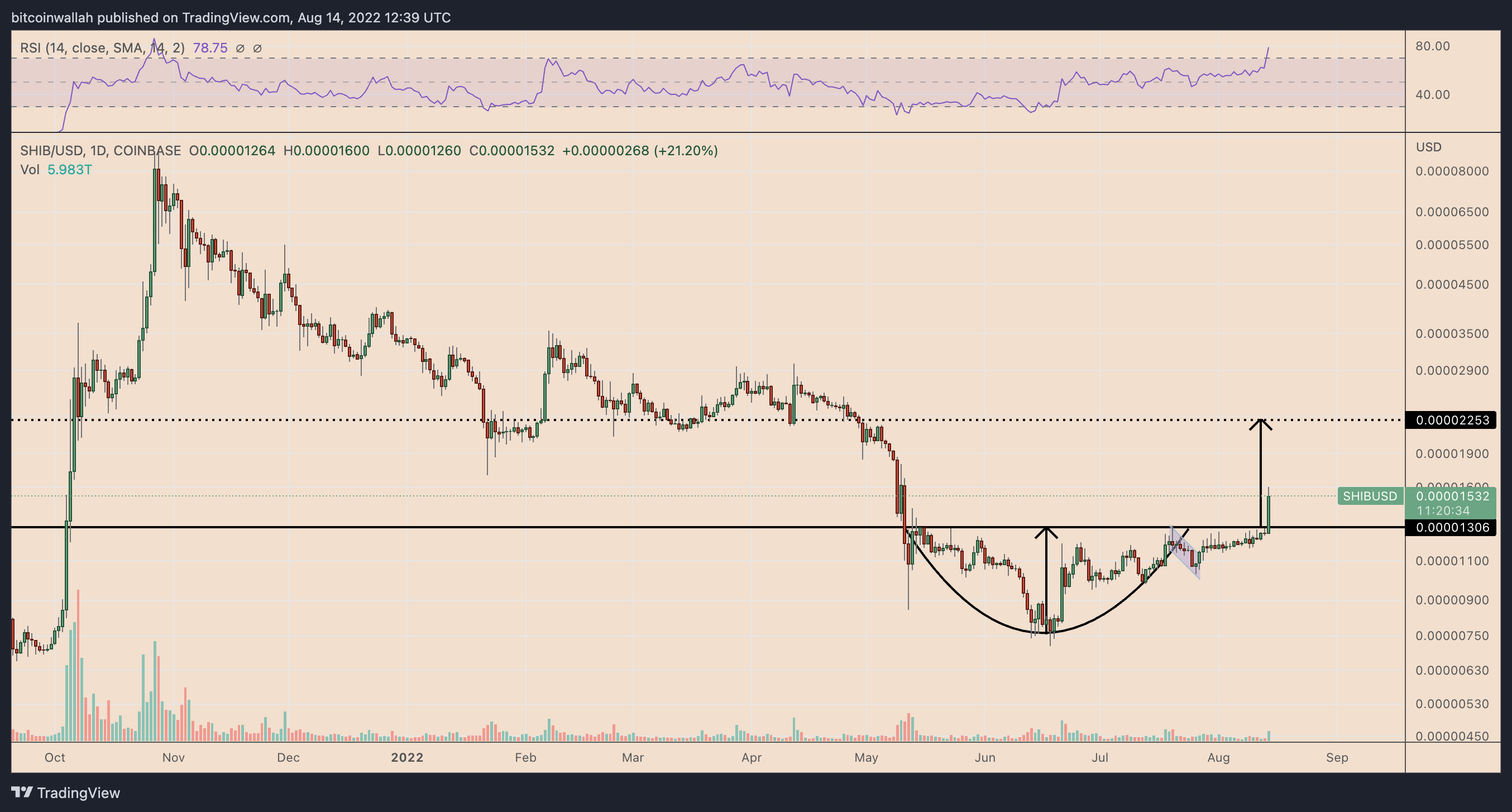 Per the rule of technical analysis, a cup-and-handle breakout target is determined by measuring the distance between the pattern's lowest point and resistance line and adding it to the breakout point. As a result, SHIB could head toward $0.00002253.

In other words, a 50% price rally by September.

Fundamentally, Shiba Inu's 27% intraday price rally on Aug. 14 had no visible catalysts except a metric showing that SHIB's burn rate surged by 825% in a day. But the amount of burned SHIB is worth only over $4,500. 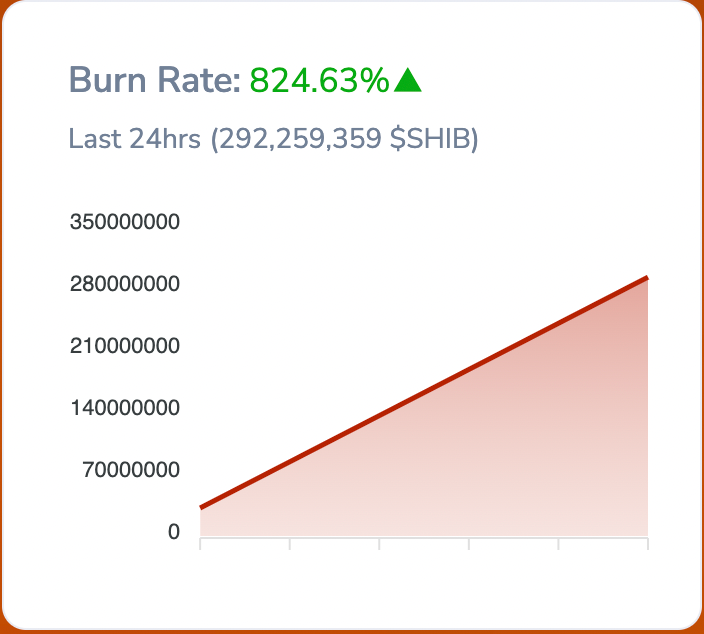 On the whole, however, the Shiba Inu network has burned over $6.36 million worth of SHIB tokens in its lifetime.

In addition, the Shiba Inu rally came almost ten days after Binance's announcement to add SHIB support on its payment cards issued in Europe. In doing so, the crypto exchange raised SHIB's potential to find new users in the emerging European cryptocurrency space.

We are pleased to announce that @binance has added SHIB to the list of supported tokens for the Binance Card issued in Europe.

You can now pay with SHIB at 60+ million merchants worldwide. Furthermore, get up to 8% cashback and zero annual or FX fees!https://t.co/0Xj7IXPyt0 pic.twitter.com/FqINtnHFWx

Weak fundamentals could offset SHIB's technically bullish bias, however, given tha cup-and-handle setups have only a 61% success rate in meeting their profit targets, according to veteran analyst Tom Bulkowski.

Shiba Inu's cup-and-handle setup could fizzle because of the token's overbought daily relative strength index (RSI). Notably, the RSI has crossed above 70, which typically results in a period of sideways consolidation or correction.