XRP price shows signs of recovery after nearly ten days of tagging a stable support area. If the buyers get together and trigger a bounce, the upside will be capped due to the presence of multiple blockades.

Ripple takes a blow from the SEC

For the past few weeks, the Ripple v SEC lawsuit was about the defendant’s Ripple pressing for the release of certain documents that informed a key speech made by Wiliam Hinman, a former chairman of the Securities and Exchange Commission.

Now, since June 15, the tables have been turned and it is the SEC that is trying to prevent Ripple from withdrawing or ‘sealing’ certain potentially sensitive documents referred to in the case as “Exhibit O”.

The defendant is arguing that Exhibit O should be sealed for  two reasons:

The SEC argued, in a recent rebuttal, however, that it has already submitted Exhibit O as evidence and it is therefore relevant to the court’s determination. Expert’s Exhibit O is ‘“unquestionably [a] judicial document’ because [it was ] “submitted to the Court as ‘supporting material’ in connection with” the SEC’s opposition to Movants’ motion.

This development puts Ripple’s lawyers in a defensive position, but the XRP price seems to be making a comeback despite the lack of room to the upside.

XRP price coiled up between two trend lines connecting the altcoin’s lower highs and higher lows formed since the March 2020 crash. The LUNA-UST de-peg that caused the instability in the market resulted in a nosedive that shattered the lower trend line, resulting in a 35% crash in a month.

If this trend continues, there is a chance for the remittance token to retest the $0.381 and $0.418 hurdles. Due to the nature of the consolidation formed between May 12 and June 6, the incoming buying pressure will be absorbed, halting the rally. 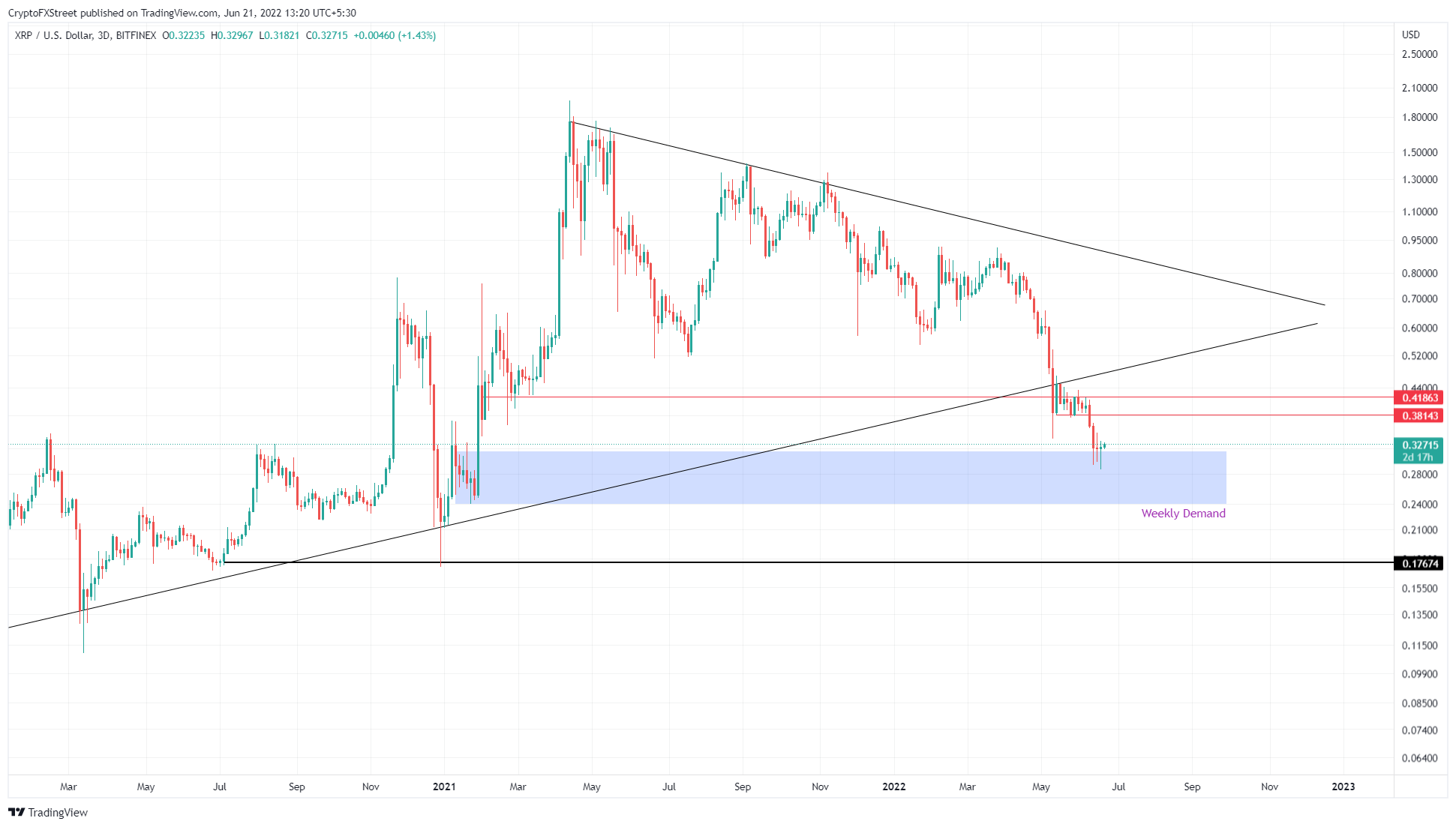 While things are not looking good for XRP price, they could get far worse if sellers make a comeback. In such a case, if Ripple produces a three-day candlestick close below the $0.240 level, it will invalidate the opportunity to recover.

This development could see the XRP price crash by nearly 25% and retest the $0.176 support level.