After a crash witnessed towards the end of last month, SAFEMOON buyers have returned in the first week of May, showcasing a stellar performance.

The blistering rally in SafeMoon got triggered following a tweet by the auto-generating liquidity protocol, citing: Incredible! #SAFEMOON now has more watchers on @CoinMarketCap than #BTC THANK YOU!

The SAFEMOON price caught a fresh bid-wave on Friday after yet another tweet from SafeMoon, announcing that there are “1.7 MILLION #SAFEMOON HOLDERS!”

The cherry on the cake was the tweet, which was represented by emojis, showing that the price is likely to rocket towards the moon.

SAFEMOON bulls are catching a breath before building strength for another record run.

A daily close above the mentioned resistance could power the bulls to challenge the 150% Fibo level of the same slide, placed at $0.000010.

Further upside appears elusive, as the relative strength index (RSI) has already sneaked into the overbought territory, currently at 70.44. 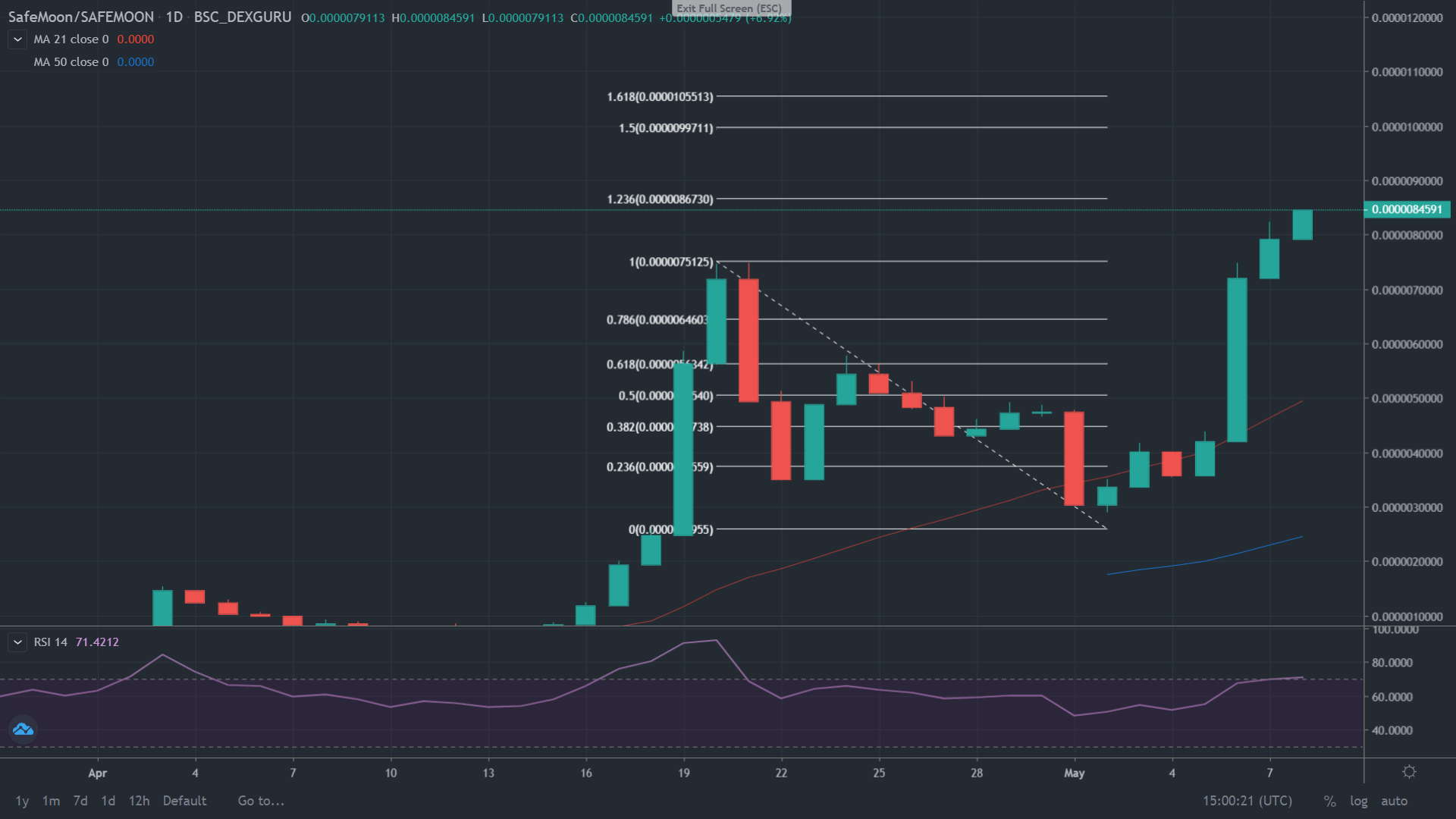