During Satsconf, a Bitcoin networking and content festival in Sao Paulo, Brazil, I was fortunate to talk with Jimmy Song, one of the world's most knowledgeable Bitcoin experts. Jimmy has been teaching and advocating Bitcoin globally for 11 years as a Bitcoin developer, educator, and entrepreneur. As an open source developer, he contributed to Bitcoin Core and other projects related to Bitcoin. He has a strong grasp of the protocol, the underlying technology, and economics behind it, as well as the industry as a whole. The bulk of his work revolves around exposing the immorality of the current monetary system and advocating for Bitcoin in the political arena. 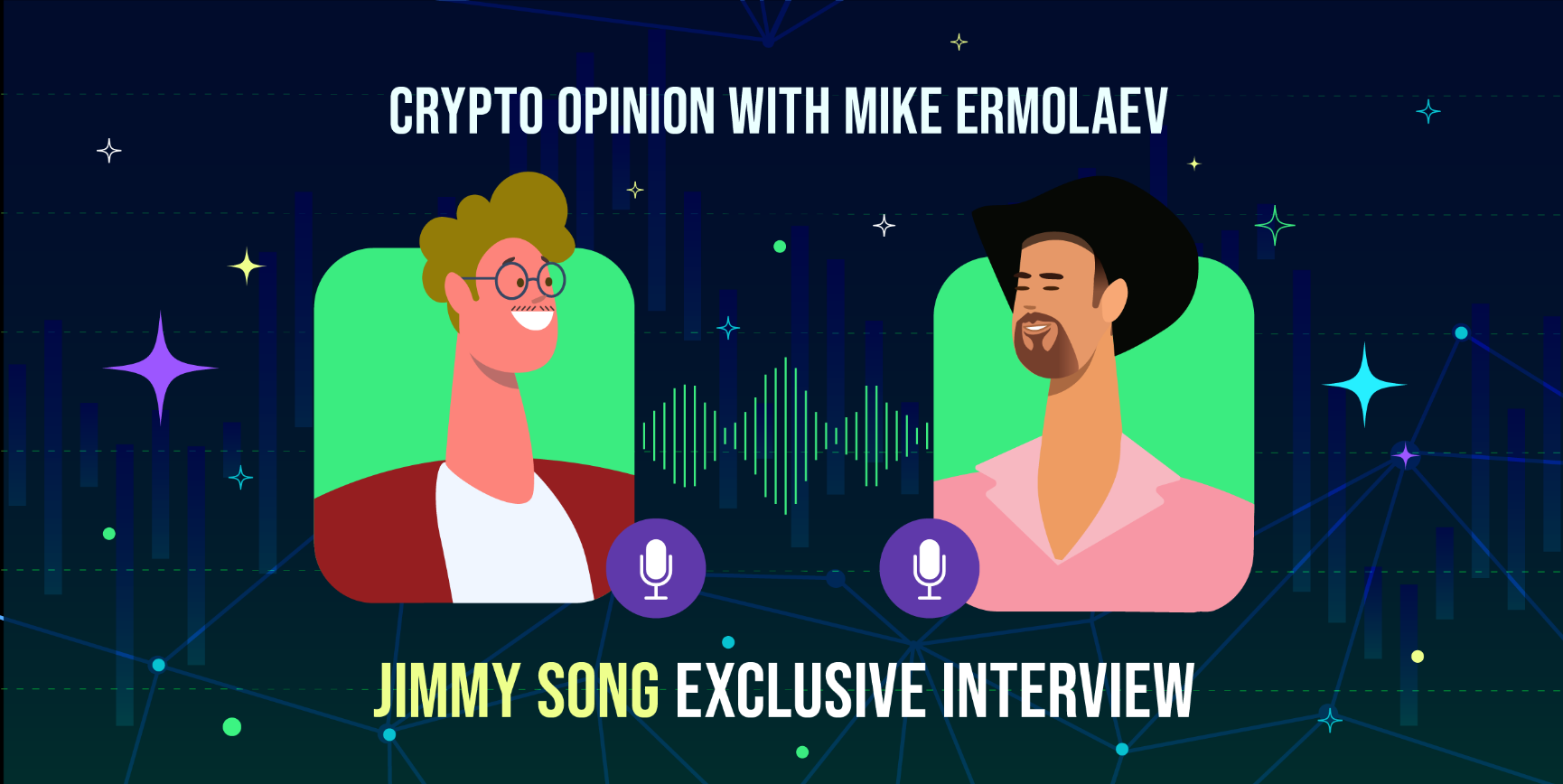 US Politicians Use Bitcoin to Gain Voter Support

I interviewed Jimmy on November 8th, in the midst of the US midterm elections, when no results were yet known, so I asked him what he thought about the results and whether he expected a crypto market shift afterward.

“What I find interesting about this cycle, at least from a US perspective, is that a lot of the candidates are recognizing that Bitcoin is a major issue. So I think Ohio was one of the more contestant ones. You had three Republicans and two Democrats. It's an open seat, the senator there was retiring. And all five of them, the top two on the Democrat side, top three on the Republican side, were talking about Bitcoin. Now, why is that? Well, first, it's a contested race, and they recognize that there's a lot of Bitcoin enthusiasts in the US. I think the last number I heard, something like 23 to 40 million people in the US,” Jimmy said.

This is a large portion of the electorate that needs consideration, he continued. Many of these people are libertarians – young men, single, who don't like to vote, but if they see officials backing Bitcoin, they will vote for them:

“That makes a big difference. So it's not just the Ohio Senate, but a lot of other politicians are starting to recognize this. So from a Bitcoin perspective at least they're paying attention to us, which is good. They're starting to learn more about us, which is good. Now whether or not they'll make smart policy around it, that's another question altogether. Hopefully, we can push them towards good policy and not terrible policy like the tax policy that around Bitcoin transactions we have right now.”

Fiat Money Slowed Birth Rates, But Bitcoin Is Changing That

Next, we discussed an intriguing topic: how fiat money affects demographics. I was fascinated by one of Jimmy's fantastic articles connecting the rise of fiat money with the decline in birth rates over the past century. It had never occurred to me to look at it from this angle, but I found his arguments persuasive, so I asked him for more insight into how cryptocurrencies are going to shape attitudes toward parenting.

“Yeah, people are so used to depending on the government for so many things. And over the past century let's just review all the different things that people are depending on the government for. You got education, health care, social security, pension, stuff like that. These are normally things that you had a large family to help you with, right? And as a result, people started having less children. Because what do we need people for? They’ve become sort of like another mouth to feed rather than another asset to the family. And before fiat money this was the norm where you would have as many children as you could because they were clearly going to enhance the family,” Jimmy said.

The government is replacing the role the family played in the past, he said, and this system promotes narcissism, making raising children less important than it once was.

“I think the natural tendency of human beings and – just think about biology or whatever – it’s to have lots of kids, right? Like, you want a lot of progeny, a lot of people to sort of spread your genes and live your values and stuff like that. I think that's the more normal thing. It's fiat that choked that instinct in a lot of people. When you take away fiat money, I think that natural instinct comes back and you can see it in a lot of Bitcoin places,” Jimmy added.

He said many of his Bitcoin community friends who are nearing the age of marriage and having children want more than just one – they want four or five kids:

“That's normal and that's becoming a thing, I think, within this community. And as you have more people that are becoming more self sovereign, taking care of their own, being in charge of their own lives. Instead of depending on their government, saying ”Oh, I can always get social security here, whatever,” they say “Well, I need children so that they can take care of me when I get older.”

Jimmy said that in every country, fiat money was causing birth rates to decline, but that will reverse with the adoption of Bitcoin.

While the proof-of-stake vs proof-of-work debate is somewhat trite, I was still curious to hear Jimmy's thoughts on it.

“I think proof-of-stake is ridiculous. It's the most centralized thing ever, and I can't believe people think it's actually an alternative. Proof-of-work is objective standards that everyone has to meet, right? It doesn't matter if you're a hodunk miner in rural China or you're the biggest company in the world. It doesn't matter. You have a standard that you need to meet, and that's it,” he explained.

In his view, proof-of-stake is purely political, which is similar to how the Federal Reserve operates:

So I think it's overall a giant net-negative. And you know that people like Brad Garlinghouse  who are going around saying, “Bitcoin needs to change to proof-of-stake”. Well, you go do it for your Bitcoin, but my Bitcoin will stay proof-of-work. Yeah, I think it's part of the awkward attack vector against Bitcoin. And unfortunately, there's plenty of that in this industry.”

Bitcoin Offers an Alternative to the 'Incredibly Evil' Monetary System

Jimmy launched a project called Thank God for Bitcoin (TGFBitcoin) to spread the word about Bitcoin among Christians. In my question to him, I asked what Bitcoin has in common with Christianity.

“Well, the truth, I would say. For Christians, I think you try to live your life a certain way according to the commands of God, and it's a basis for your morality. And it's very difficult to come up with something like a morality contract unless you have something metaphysical. So we aimed that book at Christians, and we recognize that they would appreciate sort of an analysis of the current monetary system from a world perspective. Hopefully we did that. We said, here's how the current monetary system works, and here's why it is incredibly evil and why you should stop using it,” Jimmy explained.

According to him, the first seven chapters of the book don't even mention Bitcoin, but by the end it's explained as an alternative:

“Here's Bitcoin. Here's why it's fair. Here's why it's very different from what you know and why you need to think about it in these terms. And we're not telling you to go buy it, but this is the moral analysis for you. And this is what Christians do, right? Like, you're supposed to think about the moral implications of every action, and if you don't, then you're not living a Christian life. So hopefully that resonates with people. And that's, I think, common to a lot of Bitcoiners as well. It’s sort of thinking of things from first principles, which I think is the main thing that they have in common.”