Pimco prepared to stay competitive in the rapidly changing environment

Pimco, one of the world’s largest asset managers with a focus on fixed-income securities, has dabbled in cryptocurrencies and plans to increasingly invest in more digital assets that have the potential to disrupt the financial industry.

Chief Investment Officer Daniel Ivascyn said that the firm is now looking at potentially trading certain cryptocurrencies as part of the company’s “trend-following strategies or quant-oriented strategies.” According to Ivascyn, this would be a gradual process as the firm continues to speak to investors while working on internal diligence.

The asset manager, with $2.2 trillion in assets under management revealed its cryptocurrency plans following Bitcoin’s all-time high above $67,000 on October 20, shattering its previous record high in April.

The entire cryptocurrency market capitalization also reached a new high at above $2.63 trillion also following the first US Bitcoin futures exchange-traded fund (ETF) that was launched on October 19.

Ivascyn also highlighted that decentralized finance (DeFi) will be disruptive and could “very well disrupt” the financial industry. The firm believes in preparing for scenarios in which the company would be competitively prepared to deal with a rapidly changing environment. The total value locked in DeFi protocols recently soared to a new record high as well, hitting above $233.8 billion amid rising token prices.

Bitcoin price eyes $77,000 next after retracement

Currently, Bitcoin price may retest crucial support levels before resuming its climb higher. The next target for BTC is at the topside trend line of the upper parallel channel at $77,354, coinciding with the 127.2% Fibonacci extension level. 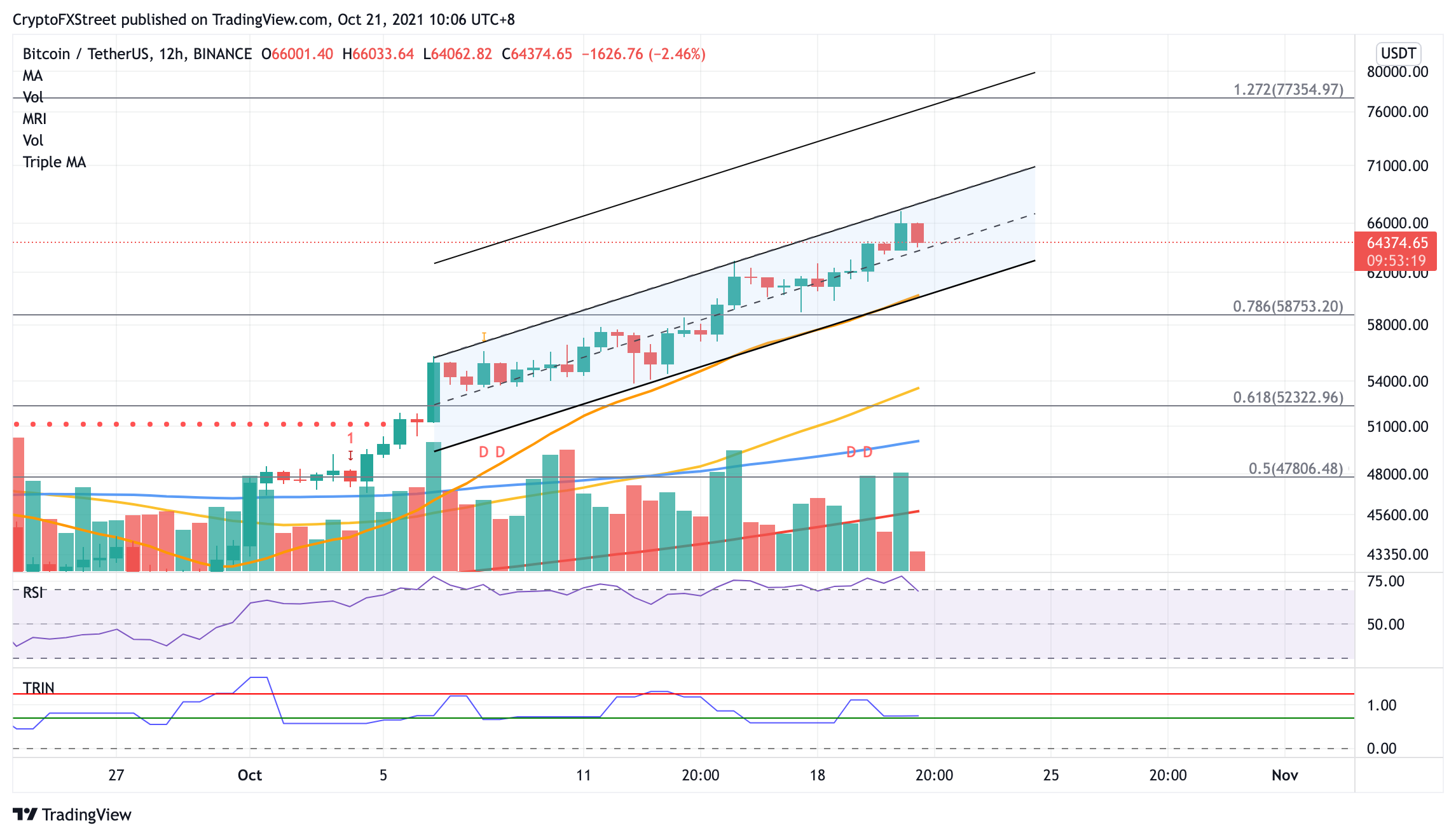 The middle boundary of the prevailing chart pattern may act as immediate support for Bitcoin price at $63,728, then the next line of defense is at the lower boundary of the channel at $60,229, coinciding with the 21 twelve-hour Simple Moving Average (SMA).