The privacy-oriented coins Monero (XMR) and Zcash (ZEC) experienced a strong rally during the weekend. They continued gaining ground on Monday as the market is discussing their hack-proof encryption.

According to the recent report published by DOJ and endorsed by the UK, Canada, Australia, New Zealand, India, and Japan, the end-to-end encryption, bears risks to public security. They urged the companies to cooperate with the state authorities and provide the tools to monitor illegal activities.

The experts from DOJ believe that the end-to-end encryption impacts companies' ability to detect the potentially harmful activities that may pose significant challenges to public safety, including information on sexually exploited children, violence, and terrorism propaganda.

According to the data of WePROTECT Global Alliance, nearly 12 million reports on child sexual abuse - over 66% of the global reports - came from Facebook.  However, the existing tools and methods used to detect and prevent the above-said illegal activities do not work in end-to-end encrypted environments.

DOJ admits the importance of encryption but insists that it should not preclude its ability to monitor the content.

However, we challenge the assertion that public safety cannot be protected without compromising privacy or cybersecurity.  We strongly believe that approaches protecting each of these important values are possible and strive to work with industry to collaborate on mutually agreeable solutions.

The community doesn't buy it

Meanwhile, the community members were not impressed by the DOJ's good intentions to protect the public from potentially harmful activities. Some of them pointed out that it violates freedom and fosters state oppression.

No. If you believe in the first paragraph, then it's easy to understand how backdoored encryption removes all digital freedom, allowing state oppression. Stop.

They also noted that tools that allow access to encrypted data makes the whole thing useless.

Being half-pregnant isn't a thing. Likewise, encryption that can be read by only the "good guys" isn't a thing," a Twitter user, aka @dergigi commented.

Apart from that, Twitter users pointed out that most of the end-to-end encrypted solutions are based on an open-code created by anonymous developers around the globe for free, meaning the authorities might have a hard time forcing them to provide backdoor access.

The market sends Monero and Zcash to the moon

XMR and ZEC have had a strong week, gaining 25% and 18% respectively amid relatively low social discovery. According to Santiment's experts, it is a sign of sustainable growth ahead.

The same is right about ZCash, where the social volume has been subdued since the spike at the end of September. Basically, it means that the price increase is driven by organic catalysts rather than speculative pump-and-dump forces.

The technical chart implies that the price may be ripe for a short-term correction. While XMR moves within the upside channel, the price on the 12-hour chart moved outside the Bollinger Band, which is often interpreted as an overbought market condition. Apart from that, TD Sequential indicator is close to sending a sell-signal to confirm the reversal with the first aim at the middle line of the Bollinger Band at $12.6, followed by the support line on the approach to $97. 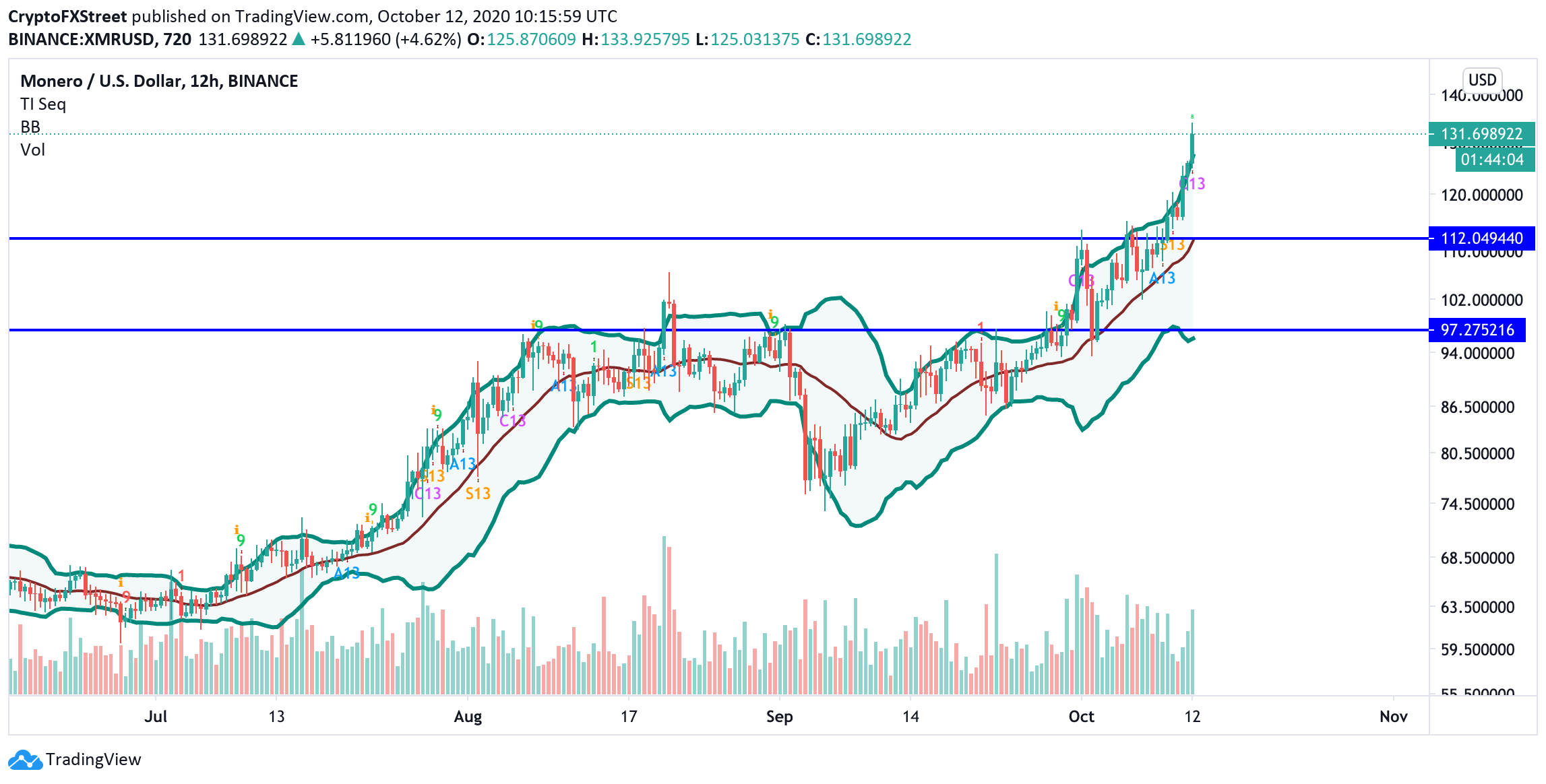 Zcash 12-hour chart shows a similar picture. The price has bumped into a local resistance of $74 and returned to the Bollinger Band's upper line to test it from above. If it breaks below, the first line of support at $67 will come into focus, followed by $60.

On the upside, if $74 is cleared, the recovery may be extended towards the next target of $85.5 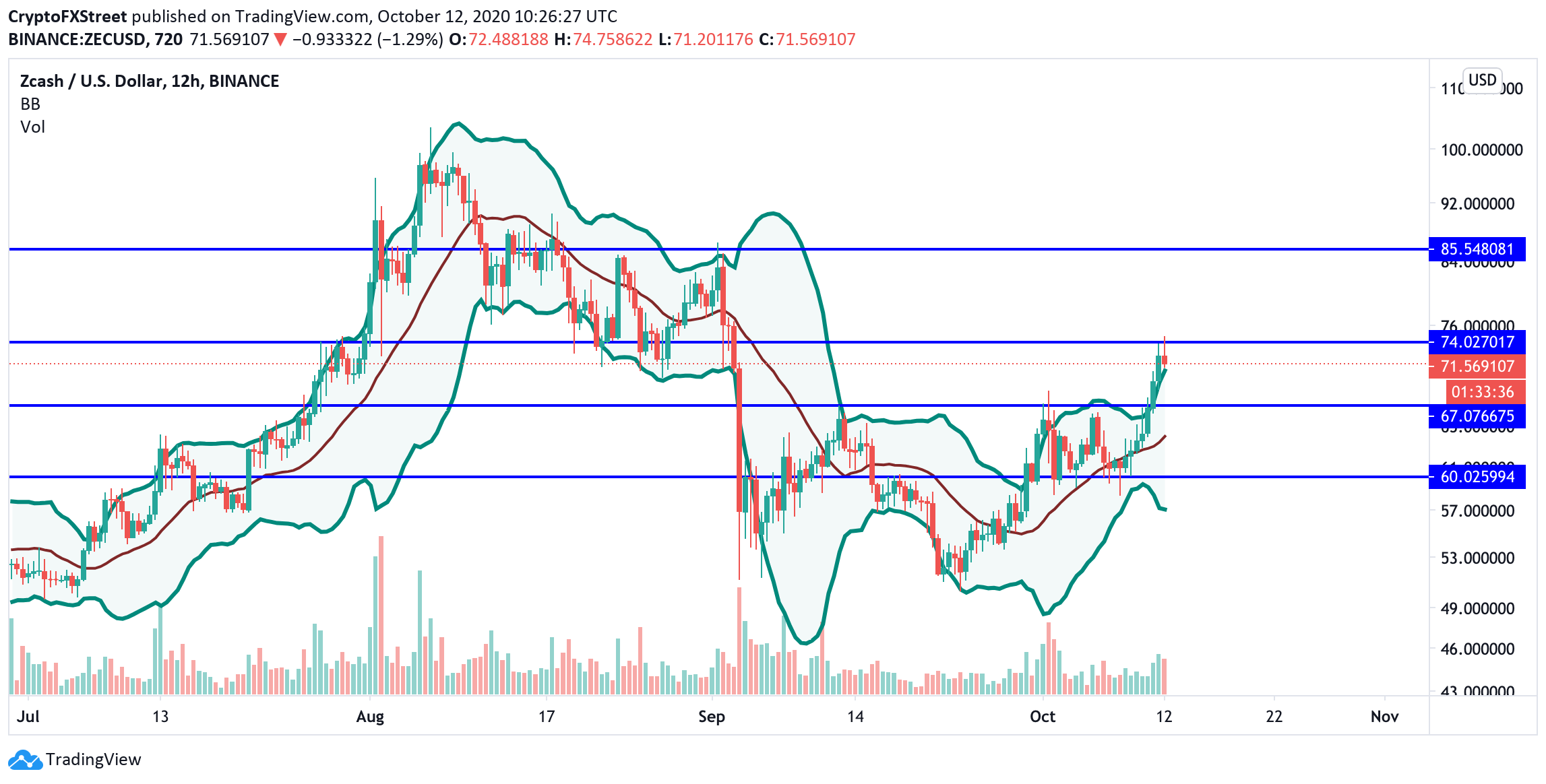 To conclude: the privacy-focused coins got a boost from a DOJ report on the risks of end-to-end encryption. The community believes that the authorities cannot access the encrypted data, which makes such coins as Monero and Zcash particularly attractive for those who value their privacy.

Meanwhile, from the technical point of view, the coins may be overbought and vulnerable to the short-term correction.

Polygon has been at the forefront of scaling Ethereum blockchain via its L2 solutions. Its most recent collaboration involves Oddz Finance and a proof-of-stake (POS) validator called Stakefish.

Polkadot price faced rejection at a crucial supply barrier, but the latest market crash amplified this sell-off. DOT is currently awaiting retest of a key supply level before surging higher.

Cardano price is on the precipice of starting a downtrend after a recent minor sell-off. ADA looks to slide toward a key demand barrier that separates bullish from bearish.