A director of Microsoft is bullish on Ethereum’s adoption over the next two years. Ethereum price has recovered from the price drop over the past two weeks and the altcoin is now on track for a new all-time high.

Yorke Rhodes, Director of Digital Transformation at Microsoft has made a bold prediction on Ethereum. Rhodes believes that Ethereum will become the new decentralized app store.

As a flagship marketplace for web3 applications, Ethereum adoption could skyrocket within the next two years. The idea is based on the potential of the Ethereum network as a hub for decentralized applications.

Ethereum hosts about 3,000 decentralized applications on its network. Based on data from Glassnode, whales with over 100,000 ETH in their wallet have been distributing their holdings for over a year.

The overall supply of Ethereum is more decentralized than it was three years ago. Interestingly, small wallet investors have accumulated more Ethereum, consistently over the same time period. This decentralization and accumulation is indicative of Ethereum’s rising popularity among investors. 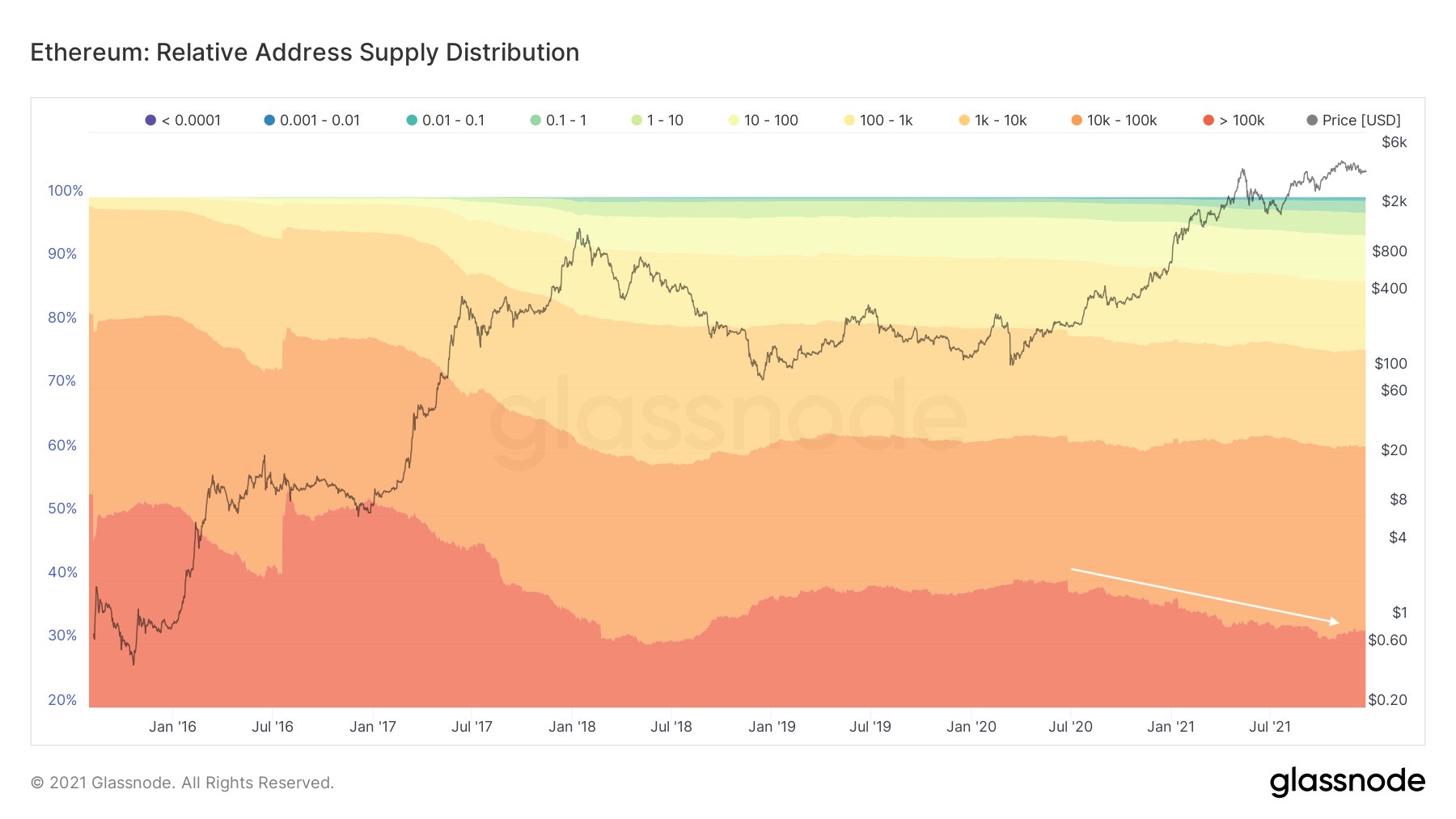 @Pentosh1, a pseudonymous cryptocurrency analyst has noted that Ethereum price still has one last major leg-up against Bitcoin. The analyst observes that Ethereum broke out of its seven month consolidation phase and is now ready to rally.

$ETH been using this chart for a long time

I think Eth still has one last major leg up vs $BTC. It's outperformed it for 3 years on the macro now

Just broke out of a 7 month consolidation range

Then after that prob sell most of mine from Cold storage into corn or USD https://t.co/QQwhgCpzSq pic.twitter.com/VkFSoQGrrU

@IAmCryptoWolf, another pseudonymous analyst, is bullish on Ethereum. The analyst has predicted a new all-time high for Ethereum.

$ETH chart clearly says we are going to ATHs.

Both correction completed at the 50% fib
FW structure.
Bounced from weekly 21EMA pic.twitter.com/Zb0Kd3fGPP