The overall state of the market has constantly been fluctuating, making it difficult to ascertain whether, going forward, investors should experience another bullish bout or sink into a bearish run. This unsurety has also affected the bigger cohorts, which usually hold a significant influence on the market - the institutional investors.

Keeping it to themselves

Since the beginning of August this year, institutional investors have been noted to move as little money as possible. In the last seven weeks, pretty much every week has observed minimal inflows and outflows, with the exception of one week.

The beginning of September noted significantly higher outflows, but still remaining within the $100 million mark. 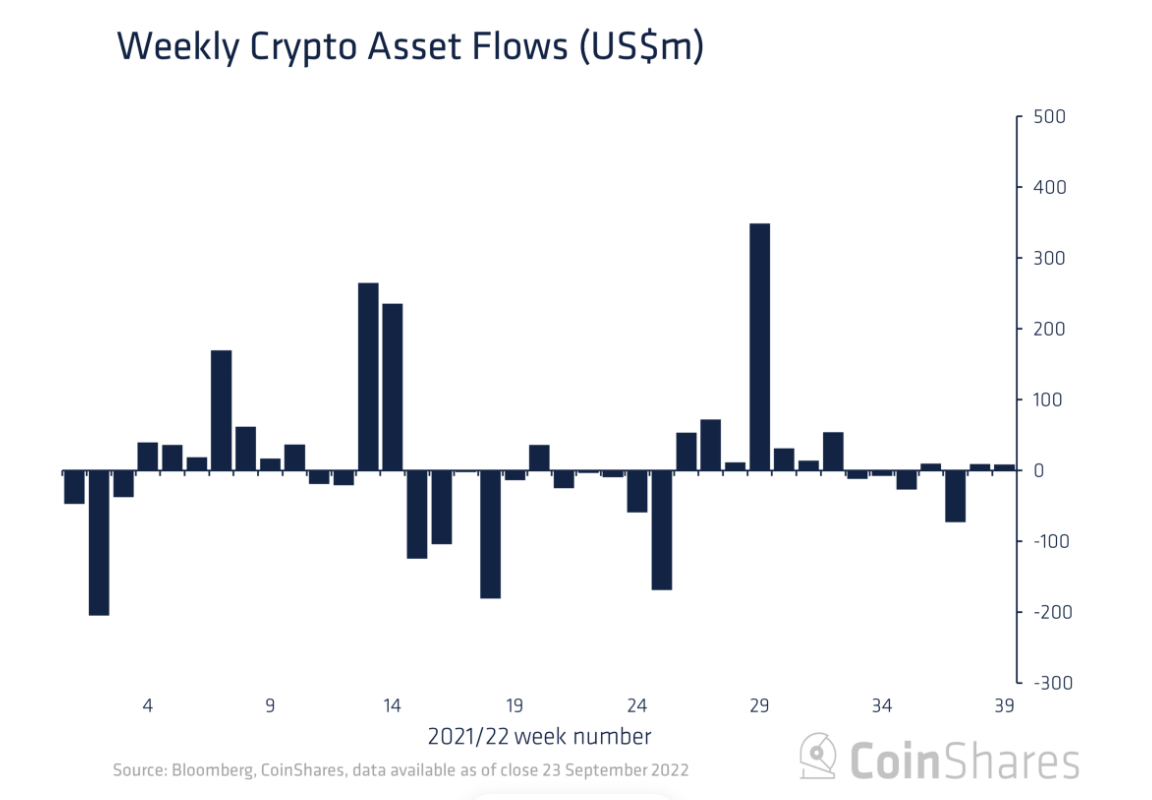 Since the market is not providing profits, inflows will remain at a low, and the lack of volatility is keeping this streak active, making it a difficult cycle to escape from.

Furthermore, even among the digital asset investment products that are registering inflows or outflows, Ethereum-based products have been the most volatile.

Since the beginning of this year, ETH investment products have noted the highest outflows amounting to a little under $367 million, with $70.7 million of the same coming just from this month.

Money flows by the asset type

However, it isn’t just the inflows or outflows that have been disappointing investors, the price action too has been severely disappointing.

Ethereum falls back down

Following the Merge, the broader market’s bearishness hit ETH’s volatile conditions, resulting in a 30% drop in the span of 10 days. ETH has been in a minor uptrend for the last ten days.

Historically this period has been known to last anywhere between 20 to 25 days, following which ETH ends up noting a sharp fall and repeating the same price couple of days later.

Thus if ETH can sustain this uptrend, ETH’s price could close above the $1,400 mark, bringing it closer to reclaiming the support of the 100-days SMA (Simple Moving Average) (blue).