Bitcoin (BTC) may be hitting new all-time highs, but it may just be another bubble, new research suggests.

Unveiling a theory that could well rile Bitcoin bulls, analytics guru Material Scientist revealed what seems to be a strong correlation between Bitcoin price cycles and Chinese debt cycles.

Casting doubt on the power of Bitcoin halvings

With BTC/USD hitting its latest all-time high in April 2021, expectations are high that another will come before the end of the year.

Looking back at Bitcoin’s history, Material Scientist shows that previous cycle tops in Bitcoin have coincided with tops in Chinese debt cycles.

The ebb and flow — as seen this year in April versus today — likewise marks a cooling off in Bitcoin. This, the analyst argues, could not only mean that Bitcoin behaves like any other asset but also that its supply squeeze after each halving is irrelevant.

He channeled ideas from investor Ray Dalio, who is well-known for his own research into Chinese economic behavior.

“I think Dalio is dead-right that bubbles are created by debt cycles. And it’s clearly correlated here,” he said in Twitter comments.

“So, what if the BTC halving narrative is BS, and it’s really just about Chinese debt cycles, too.”

The halving-based narrative demands Bitcoin go up in value against limitless assets thanks to its mathematically engineered supply drops every four years. These increases should be an order of magnitude higher than the last and are clearly visible in tools such as the stock-to-flow family of Bitcoin price models.

With China and its debt in focus thanks to the Evergrande debacle and previously thanks to the coronavirus, however, reactions to the debt cycle idea were favorable.

One response even highlighted that Bitcoin whales sell holdings after each China debt cycle peak — with April 2021 being no exception as the latest all-time high.

With a low now in progress, the odds of a rebound in BTC price action look all the more favorable. 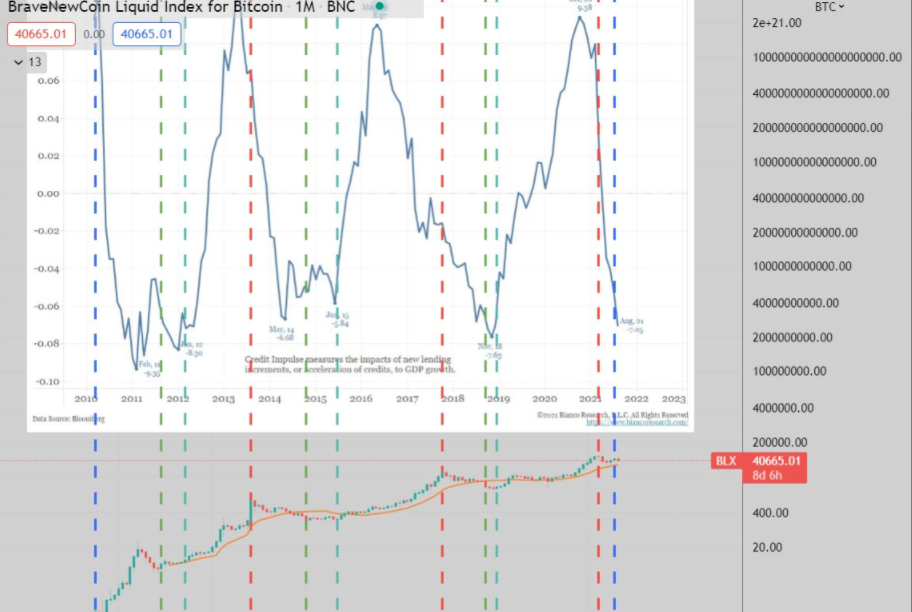 As Cointelegraph reported, Dalio himself has been in the news over his stance on Bitcoin recently.

Regulators, he warned this month, could still “kill” it with unfavorable policy — something similarly flatly rejected by its best-known proponents.

Among them is Saifedean Ammous, author of The Bitcoin Standard, who argues that as the hardest money ever created, Bitcoin will be an unavoidable purchase for governments, even as its non-corruptible characteristics force them to hand over their power over money.

This week, Alex Gladstein, chief strategy officer of the Human Rights Foundation, also discussed the concept of Bitcoin as a “Trojan horse for freedom” as it relates to government monopolies.