The Merge is the beginning of Ethereum’s journey in making the network scalable, cheaper and sustainable without harming the environment. Transitioning from the Proof of Work (PoW) consensus to the Proof of Stake (PoS) consensus has been a welcome move at the hands of a majority of the community. However, at the same time, many others are finding faults in it now.

In a research note on Wednesday, the investment bank JPMorgan highlighted the potential backfire that could come with The Merge. The bank stated that following the Merge, the investors and miners that did not want to accept the new PoS environment ended up forking the chain to create the Ethereum PoW.

But not only was its creation a concern, the support being received by the chain was as well. With many cryptocurrency exchanges extending support to this token, it was noted that over 18 former ETH mining pools were active on the chain.

The note further discussed that Ethereum has also become less decentralized post Merge since only a few entities command the majority of the staked ETH. All in all, these factors contributed to the 25% price fall since The Merge went live, bringing ETH down to $1,300 from $1,700.

Ethereum and its hiccups

Trading at $1,324 at the time of writing, ETH only has to deal with two situations going forward. The first is the volatility, which is a constant in the case of Ethereum, resulting in the short-term market testing the resistance of $1,428 and support of $1,174.

The same volatility has kept Ethereum from experiencing a market bottom, which is usually a sign of a trend reversal. When the Percent Supply in Profit indicator touches the green zone (chart below), the overall supply in profit might witness some bullishness. This will, in effect, create the conditions necessary to bring profits back, consequently leading to a recovery in ETH’s price. 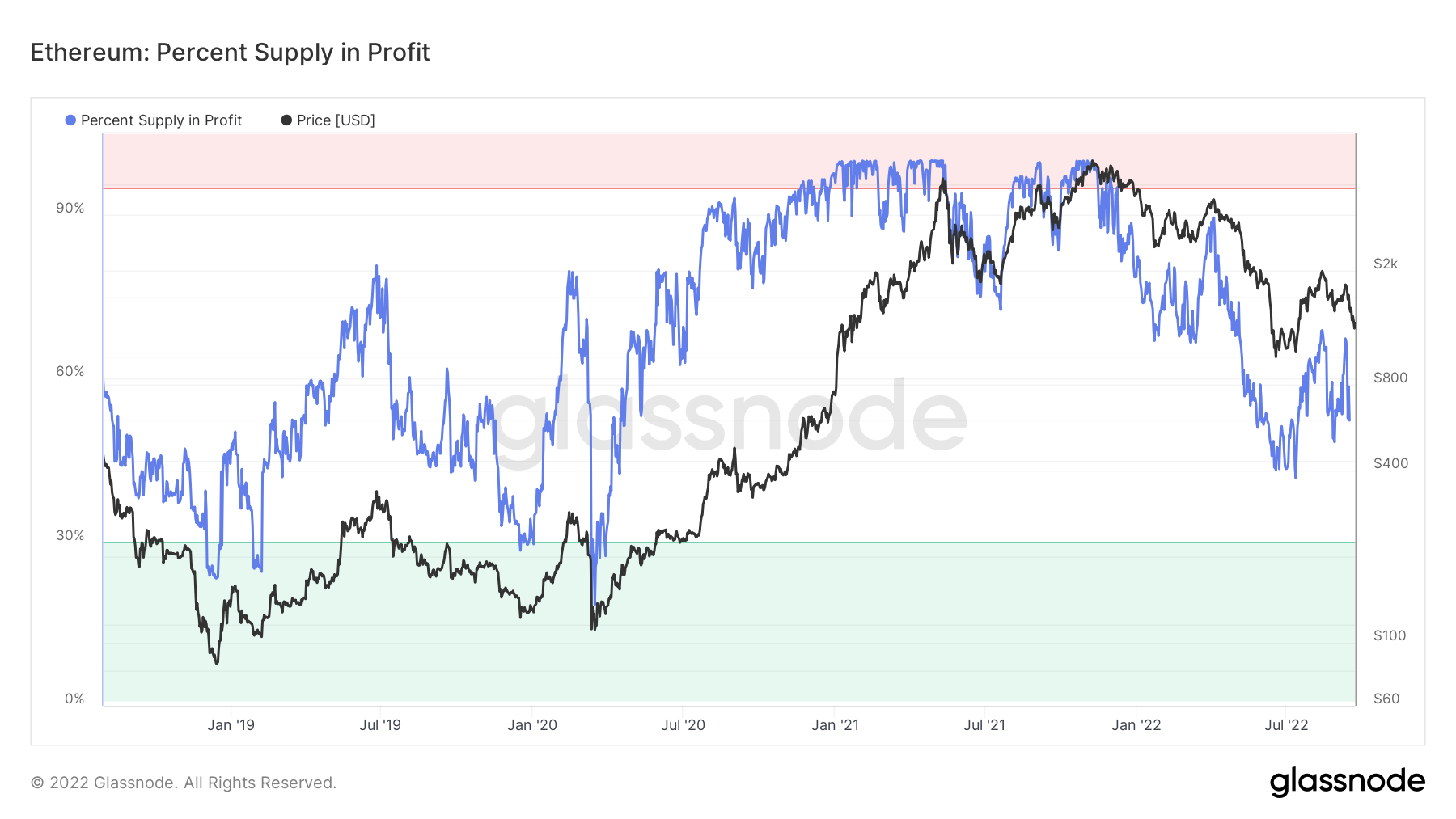