Bitcoin price is showing signs of a reach for the range’s upper limit as it bounces off a crucial support level. This development, from a short-term outlook, holds promise as BTC could retest the aforementioned level.

The monthly return for Bitcoin in April was -17.3% and so far, May has been brutal as well with the current number at -20.0%. Despite the unenthusiastic numbers, the Fidelity Investments Bitcoin Index Fund has raised a whopping $126.56 million via its offerings based on a new filing with the US Securities and Exchange Commission.

Moreover, the number of investors has increased from 83 to 689, representing a 730% increase over the last year.

Bitcoin price created a range extending from $28,575 to $31,493 as it rallied 10% in roughly 24 hours. Since its creation, BTC has respected the levels and has not swept any of the limits. On May 24, the sellers pushed the big crypto lower, sweeping Monday’s low at $28,820. This move was followed by a 6% upswing that is currently retesting the midpoint of this range at $30,034.

If this rally continues, Bitcoin price will likely make a run for the equal highs at $30,759. However, bulls could step in at this level and push it higher to sweep the range high at $31,493. While this move is bullish, BTC has not swept the range low at $28,575 and has prematurely kick-started an upswing.

Therefore, a sweep of the range low is likely to be followed by a reversal to collect the liquidity resting below $28,575. However, if Bitcoin price takes a U-turn around the $30,034 barrier to sweep the range low, then the resulting upswing will likely have more oomph. As a result, this run-up could propel BTC to $35,000. 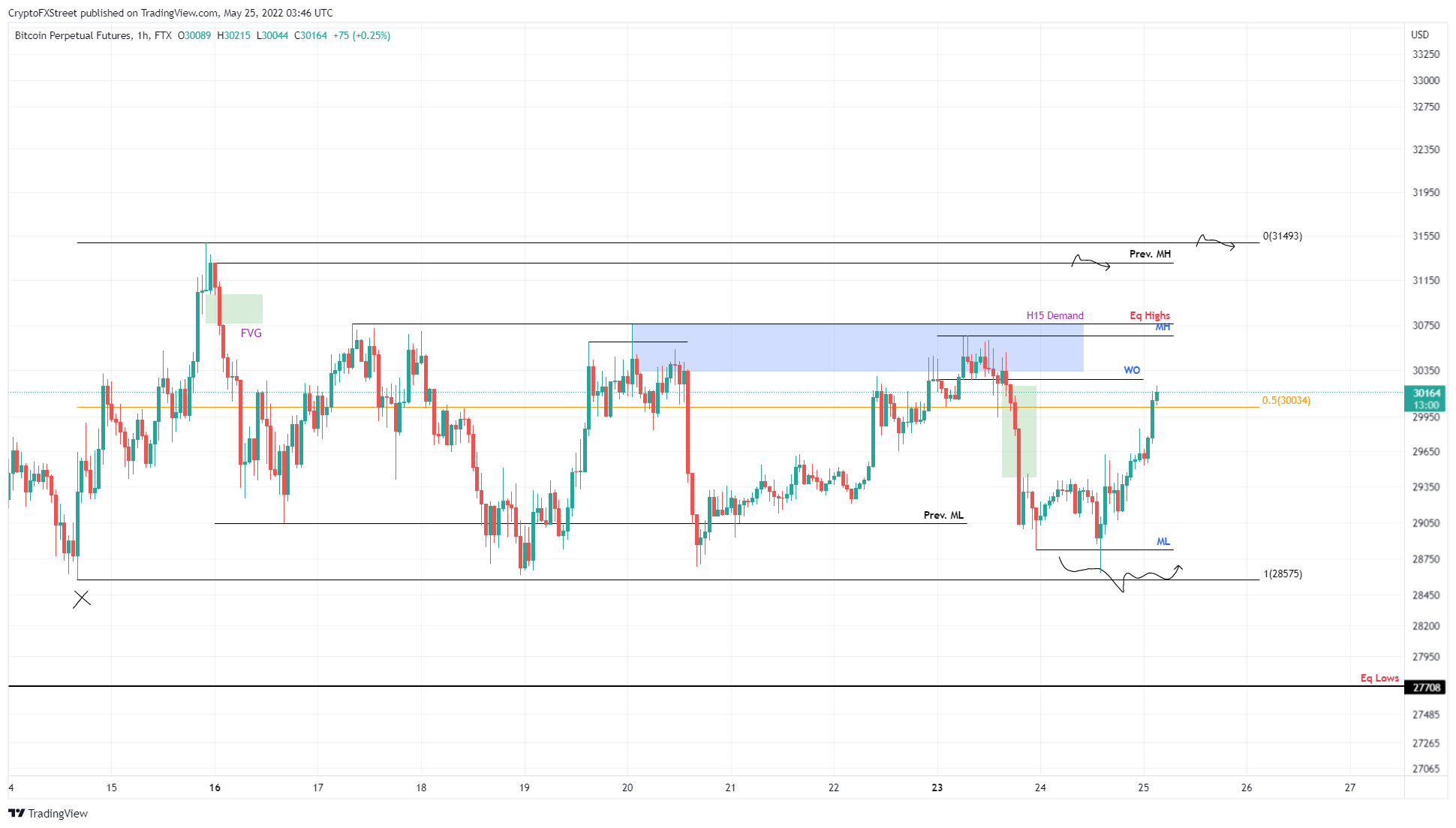 On the other hand, if Bitcoin price produces a four-hour candlestick below $28,575, it will create a lower low and invalidate the bullish thesis for BTC. In such a case, Bitcoin price will crash lower and retest the $27,708 support level.