Dogecoin price has undone its gains that were accrued earlier this week This development comes as the crypto markets undergo a massive sell-off with Bitcoin at its helm. As a result, DOGE has arrived at a stable support level, where buyers could choose to defend the level and trigger an uptrend, but the likelihood of this outlook is not guaranteed.

Dogecoin price saw a sudden spike in buying pressure, resulting in a 12% rally on August 12. This move contended with a declining trend line serving as a resistance level for more than 400 days.

The obvious reaction was a rejection that has pushed DOGE to undo its 12% gains. As a result of this correction, Dogecoin price is currently retesting the $0.072 support level. As explained previously, this area will serve as a good level for buyers that missed the previous rally.

However, these investors need to factor in that the ongoing market crash will take a beat. In such a case, DOGE is likely to produce at least a 12% upswing that retests the $0.082 hurdle. Due to the current market conditions, a rejection here could lead to a swift breakdown of the $0.072 support floor and a revisit of the $0.062 barrier.

The best case scenario, for long-term buyers or swing traders, would include a sweep of the equal lows formed at $0.057. This liquidity run is likely to trigger a shift in the trend that will allow investors to ride a quick run-up to either $0.062 or $0.072, in a highly bullish case. 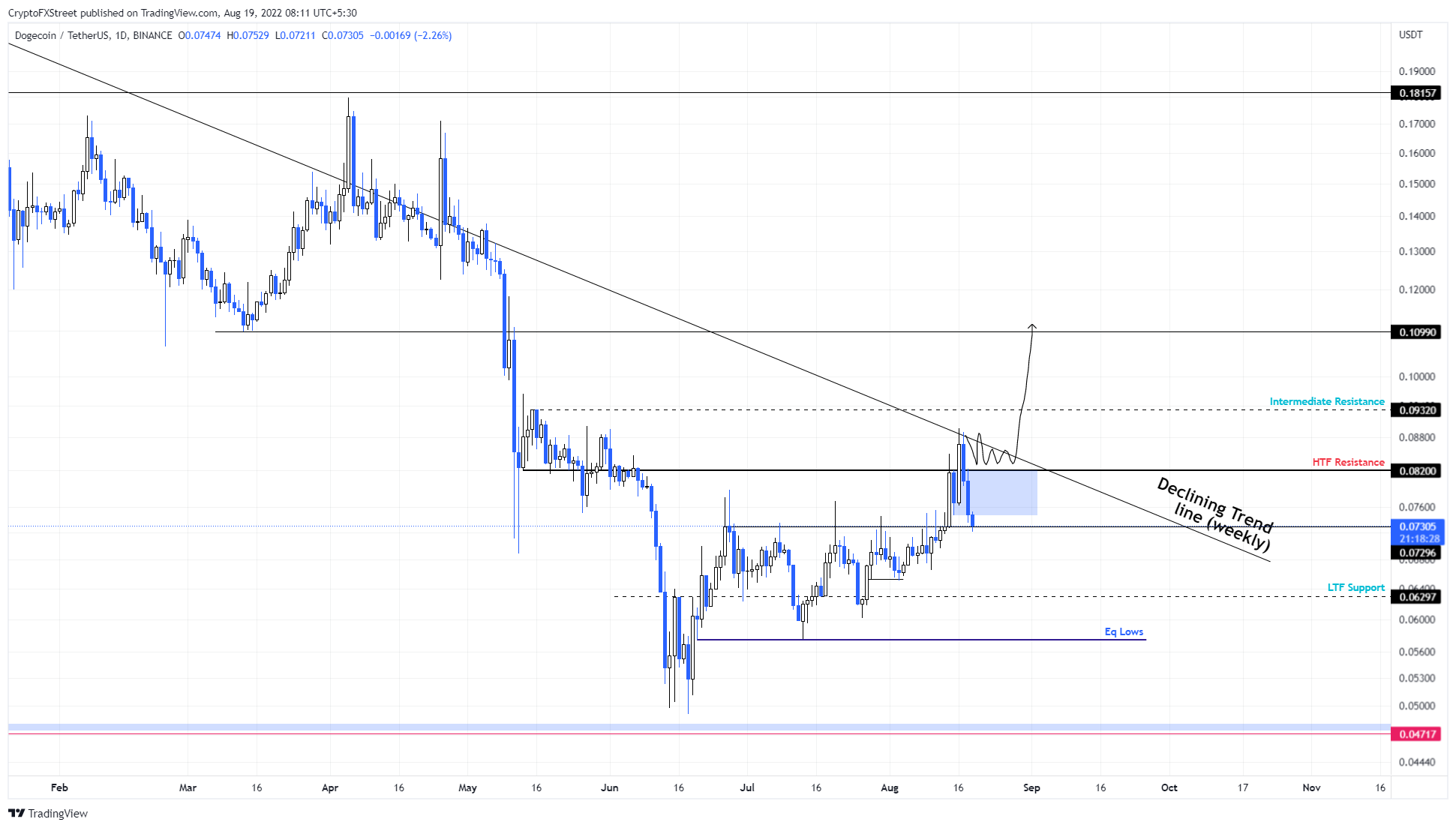 While a downtrend seems more than likely for Dogecoin price, there are opportunities to short the market if the $0.072 support floor breaks. Although unlikely, a daily candlestick close above $0.093 would invalidate the bearish thesis as it does not just break out from the 400+ day declining trend but also flip significant hurdles in the process.

In such a case, investors could expect DOGE to ascend higher and retest the $0.109 hurdle.