The Mother Of All Bubbles

Bitcoin had a stellar run up until the end of 2017. It traded close to USD 20,000 per unit at the peak. There are stories of early transactions involving pizzas that were sold for a five digit amount of the cryptocurrency around 2010. Regardless of being fact or fiction, the magnificent price increase in Bitcoin has been unprecedented. There was no other asset in documented economic history that saw such an amazing price increase over a short timeframe. An investment of just USD 100 in 2011 would have resulted in a million dollar fortune in 2017.

Financial wisdom suggests that bubbles make a fool out of everyone. Those that recognize the bubble will be reluctant to participate from a magnificent price appreciation. Others buying the narrative will blow up in the bubble. We managed to bypass this wisdom. Despite naming the narrative a bubble, we were bullish and forecasted higher highs until December 8th. 2017. That day we projected one last wave into a new top. We forecasted that top to be at least a major if not the final top for the Bitcoin. Our next update on December 17th, 2017 called the Bitcoin top as part of a wedge formation in real time. We still do not know with certainty if this was the top or “just” some significant top. However, a reaction to our call saved a drawdown or 70% of capital loss into February 2018! 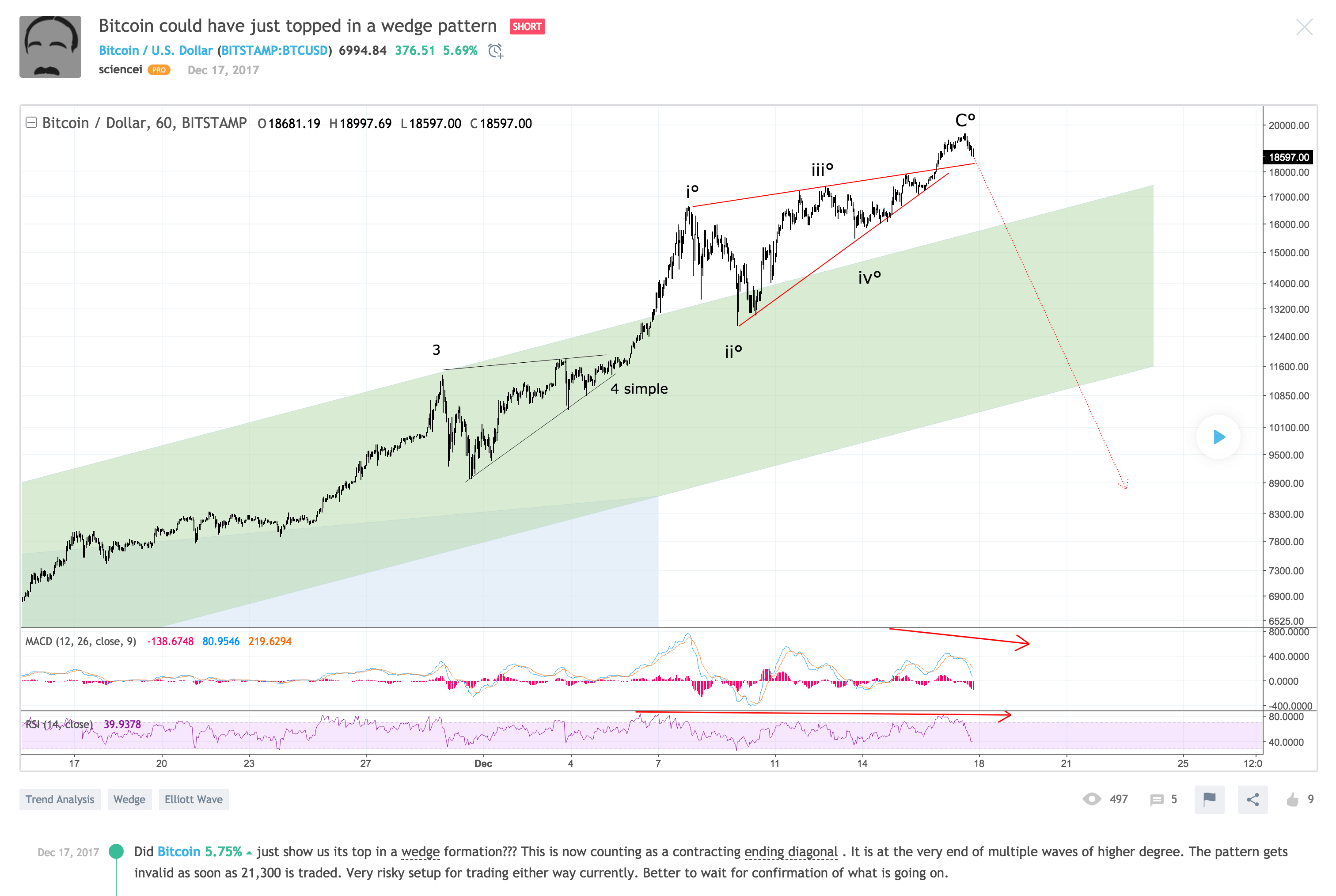 Our call spread fast and attracted wide attention. Some called our analysis genius whereas others called it pure luck. It was neither a genius nor luck. It's a combination of knowledge, hard work, and last but not least being fortunate enough to get and identify a specific terminal pattern.

Our publications encompass just the tip of an iceberg. There is much more work behind it. We had to look into fundamentals in this particular case before coming up with an answer to questions like:

Our best answers to these as well as many other questions around the subject were combined with our knowledge of economic fundamentals and crowd psychology. The precision could not be matched by applying economics or technical analysis on a standalone basis. Our top call was sent out on December 17, 2017. That was on a Sunday just before Christmas. Almost nobody was trading or writing analysis around that time. All that was hard work and genuine interest. Last but not least, we were fortunate enough to identify a wedge at a point when multiple degree Elliott waves came to an end. We knew that it could end there and were alert for any hints. That made it possible to identify the top of the bitcoin within a couple of hours of its top tick! Hence, a systematic approach led to our call rather than genius or pure luck.

Our current outlook for Bitcoin is also based on economic and technical analysis. We're referring to the work of Prof. Robert Schiller, who shows that past bubbles exhibited a hump shaped function. He shows parallels to concepts that researchers of epidemics have come up with regarding the spread of diseases. The same function is most likely forming in Bitcoin and other cryptocurrencies currently. The public is losing interest in these instruments and their bubble is bursting.

Cryptocurrencies are most likely not any longer an attractive investment. Moreover, their limited liquidity does not justify encouraging short positions to most market participants. Therefore, we have ceased our coverage of cryptocurrencies. The next years will probably bring far more interesting opportunities in other asset classes. Farewell Bitcoin! 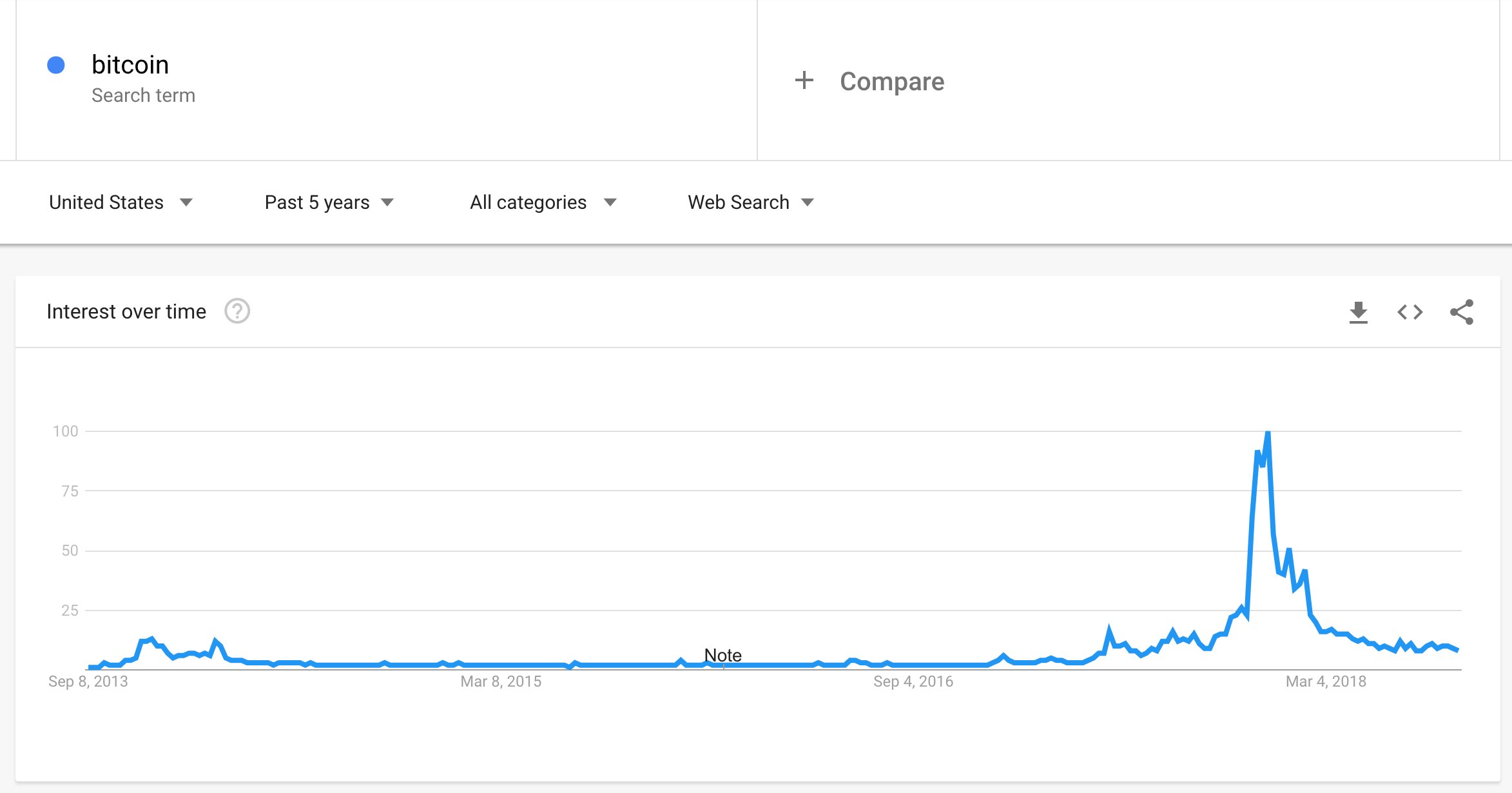 Interested in more of our ideas? Check out Scienceinvesting for more details!