Analysts expect a long Bitcoin bullish cycle in 2021 as lengthening occurs every four years. A price bottom is not yet in for Bitcoin, whilst analysts await the end-of-cycle top.

If the pattern repeats, analysts predict that this could be the middle of the Bitcoin bull market, and the birth of a post-correction uptrend.

Lark Davis, a Bitcoin analyst and YouTuber, believes that the current cycle could end the 4-year cycle theories of the past.

We may be seeing the end of the 4 year cycle theory for #bitcoin! Long live the lengthening cycles!

Bitcoin miner unspent supply, an indicator that measures BTC tokens accumulated by miners, is less than 500 Bitcoins away from its all-time high, based on data from aggregator Glassnode. This indicator shows an increasing Bitcoin supply-demand divergence that fuels a bullish narrative for BTC price. 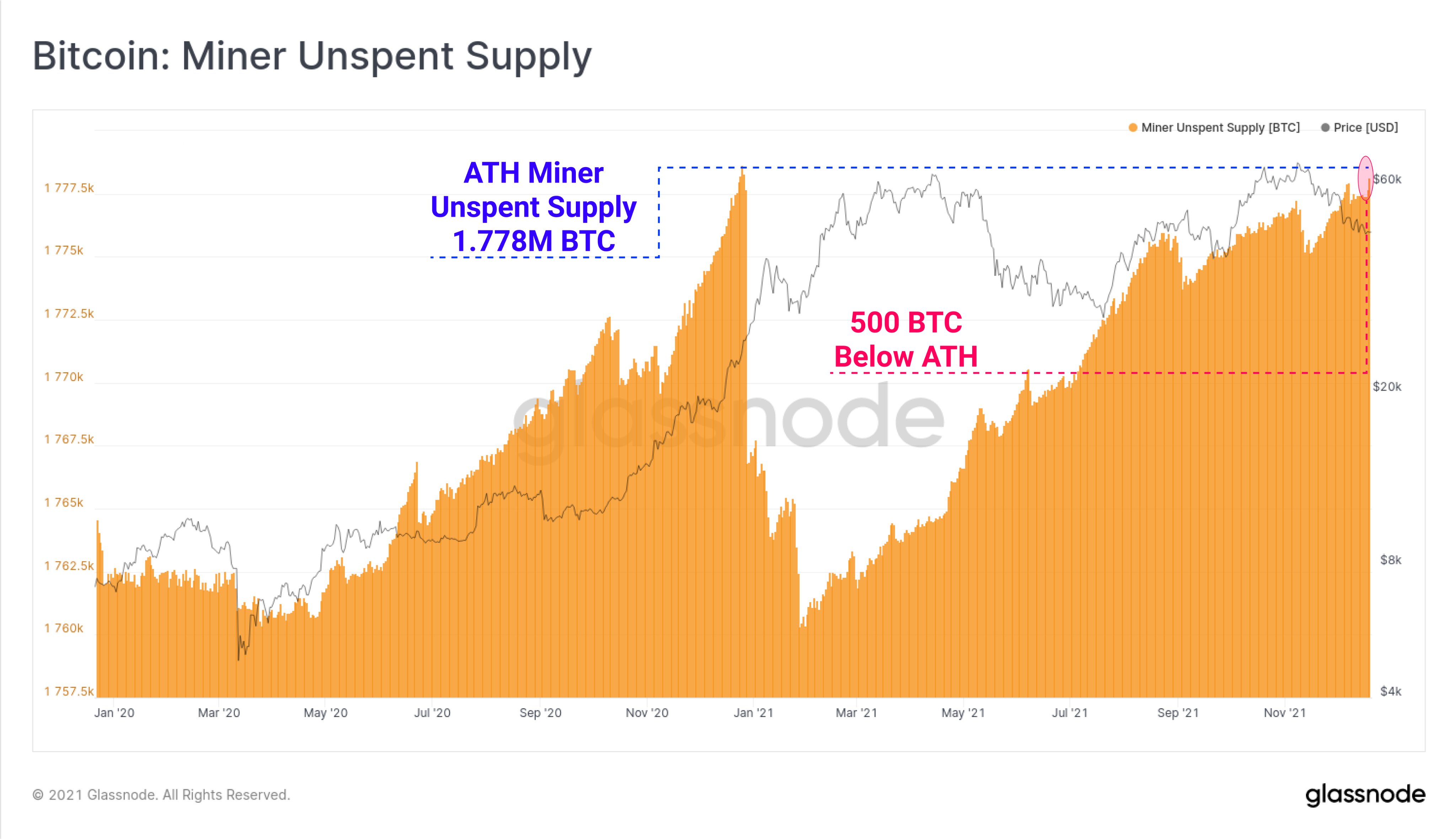 Analysts expect the Bitcoin top to be signaled by historical behavior within the chain and based on actions being performed across exchanges.

Bitcoin price has failed to clear the $48,500 resistance zone; it has found support at $45,500. @NinjaScalp, a Bitcoin trader and analyst, believes that price could make an upward move and target $50,000.

When you remove all the noise, $BTC looks to be forming higher lows after a 30%+ move

favoring a move to the upside from here ($50k+)

Asia sell only is slowing down and it shows pic.twitter.com/1KE8oQ0rPK