The coin hit a new multi-year high at $623 on November 24 before profit-taking, and a major downside correction across the cryptocurrency market pushed it back below $600.

While the price was in free fall, trading fees on the Ethereum blockchain skyrocketed to $7.7. The increased network activity may cause a sudden spike in fees as many traders rush to the close positions amid the sell-off. 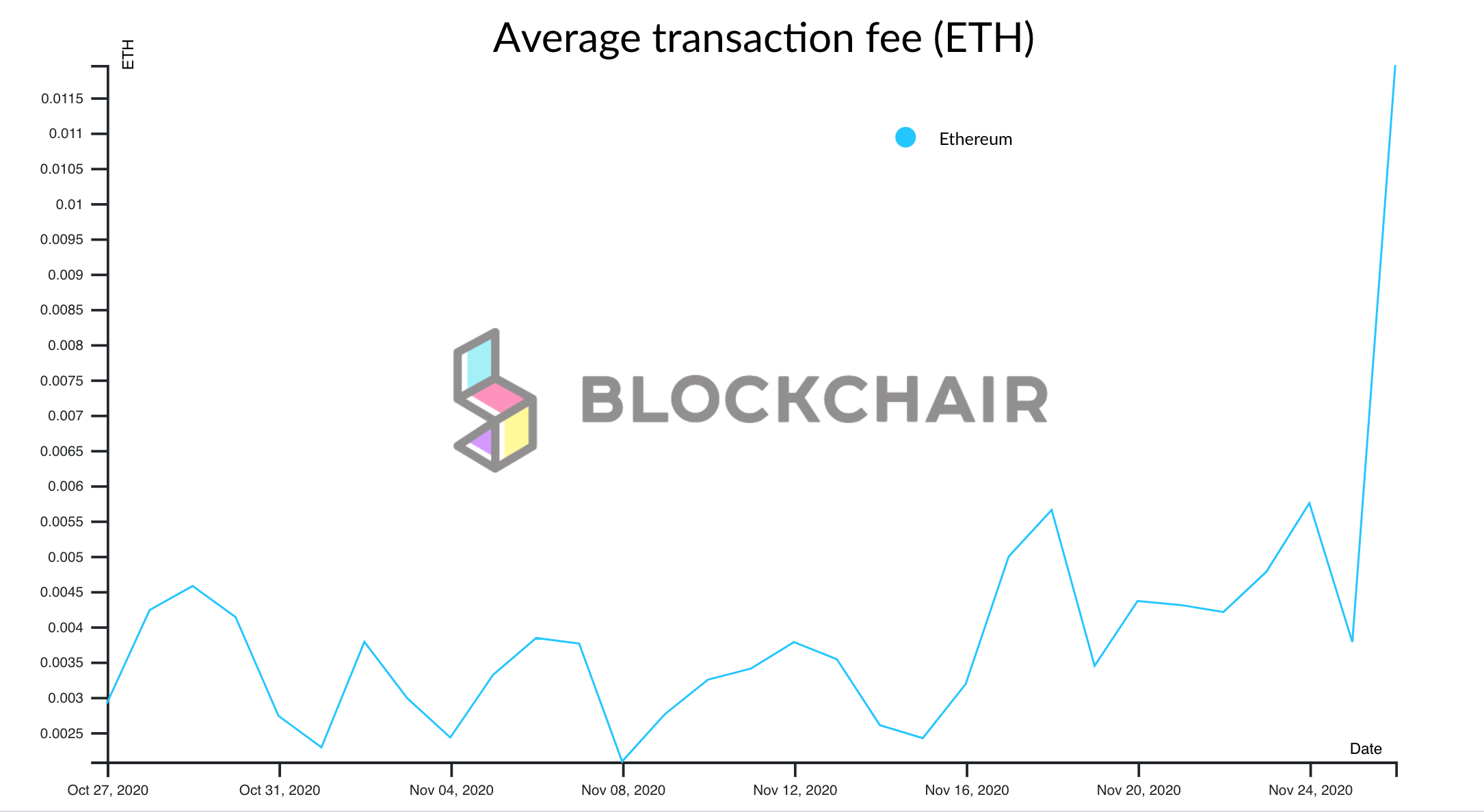 As FXStreet previously reported, high ETH transaction fees undermine many projects that run on the Ethereum blockchain. The recent DeFi boom has caused a massive spike in commissions traders had to pay for swapping their coins, making small payments economically unviable.

Meanwhile, some experts believe that the downside correction will be short-lived as the bigger picture remains unaffected by the sell-off. A popular trader Michaël van de Poppe noted that ETH would resume the growth soon.

From a technical point of view, ETH/USD may continue the retreat towards the local support of $480. This barrier served as strong resistance in September and mid-November. Now, it is reinforced by the 12-hour SMA50. If this area is broken, the correction may gain traction with the next focus on $400 (12-hour SMA200).

The In/Out of the Money Around Price (IOMAP) model also shows a significant wall around that level. About 680,000 addresses bought nearly 1.3 million ETH between $470 and $490, meaning that the selling pressure may slow down here.

ETH's In/Out of the Money Around Price" (IOMAP)

On the other hand, the recovery attempts may be discouraged by a considerable supply wall ahead of $550 as over 430,000 addresses purchased nearly 7 million coins there. A sustainable move above this area is needed for the upside to gain traction and take the price back above $600.