Ethereum price action, like the rest of the cryptocurrency market, has faced renewed and accelerated selling pressure. After losing 13% at one point during the Wednesday session, buyers poured in and have pushed ETH, close to the open before promptly selling off again.

The setup is based on two patterns in Point and Figure analysis: a Triple-Top Breakout and a Bearish Fakeout. The most powerful of the two is the Bearish Fakeout - which is a form of a bear trap as it entices bears on the sidelines to attempt a short at the bottom of a move.

It is possible that an even more desirable pattern, the Bullish Catapult, could develop after the entry is hit. To confirm a Bullish Catapult setup, traders will want to look for a double-top to form between $2,550 and $2,650. 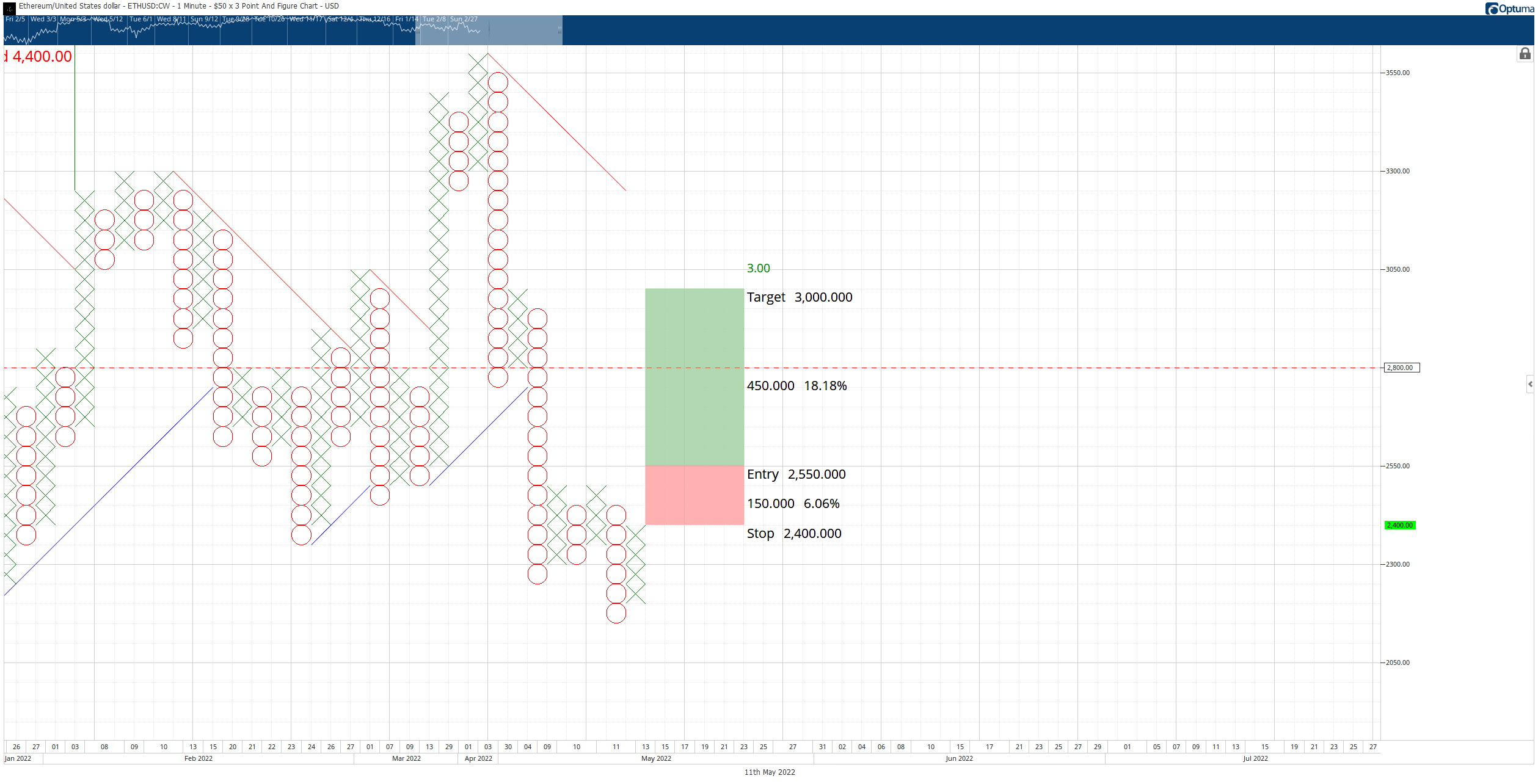 The Ethereum price long trade setup represents a 3 to 1 reward for the risk, with an implied profit target of 18% above the entry. A trailing stop of two to three boxes would help protect against any profit made post entry.

The hypothetical long trade is invalidated if Ethereum price moves to $2,000 before the entry is triggered. In that scenario, ETH is likely on the path to $1,800 and then $1,500 shortly after.