Ethereum price is on track for a rally with a brewing supply shortage. Nearly 10% of the altcoin's supply has been pulled out of circulation through staking in the ETH2 contract.

Ethereum price is on track for a 20% rally, according to analysts. As the merge hit the testnet, it fueled a bullish narrative among investors. 8.56% of Ethereum's circulating supply is now locked in the ETH2 staking contract.

Proponents believe the merge will arrive on the Ethereum network in the second half of 2022, and once it does, will boost the altcoin's staking yield. Over $10 million worth of ETH is staked in the ETH2 contract. 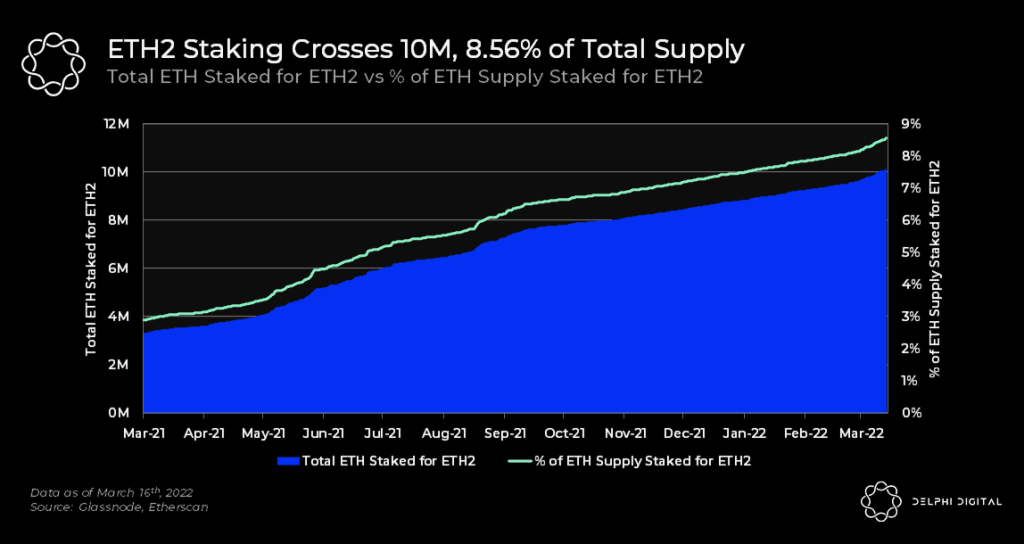 The merge is considered a key milestone for the Ethereum blockchain, as proponents argue this event will turn the altcoin into a deflationary asset. This implies a rise in buying pressure and a positive impact on Ethereum price.

Within months following the merge, Ethereum is expected to cut 90% of its daily emissions, and the reward for its validators could climb over 200%. These statistics have triggered a bullish sentiment among traders.