Ethereum price has been underperforming in comparison to other major coins like Bitcoin or BNB. Investors are concerned about high gas fees, but most projects are still built on top of Ethereum. On-chain metrics show that ETH is still poised for another leg up.

Ethereum price on the brink of reaching $2,800

The most significant pattern for Ethereum is the ascending wedge formed on the 12-hour chart since the beginning of 2021. The upper trendline resistance has rejected the price more than a dozen times in the past two months. 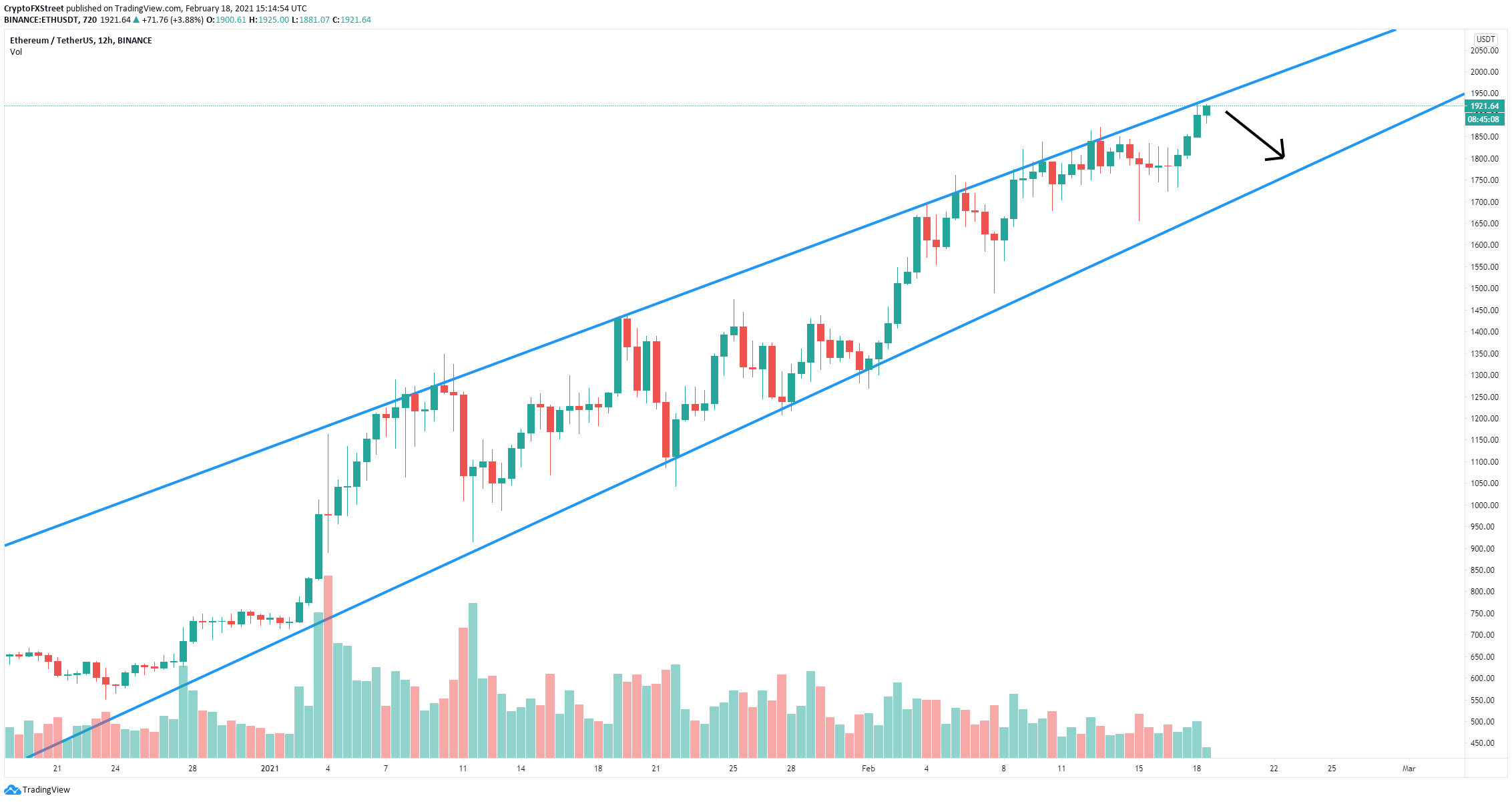 A clear breakout above the upper boundary would be significant. Bulls want to see a 12-hour candlestick close above the resistance trendline to confirm a breakout, which could push Ethereum price up to $2,800, a 44% move.

At the time of writing, the ETH2 deposit contract holds 3.156 million ETH coins worth more than $6 billion. At the same time, more whales have joined the network in the past two weeks.

The number of large holders with 100,000 to 1,000,000 ETH coins has increased from 154 on February 12 to 160 currently, which indicates they believe Ethereum is bound to rise higher in the near future. 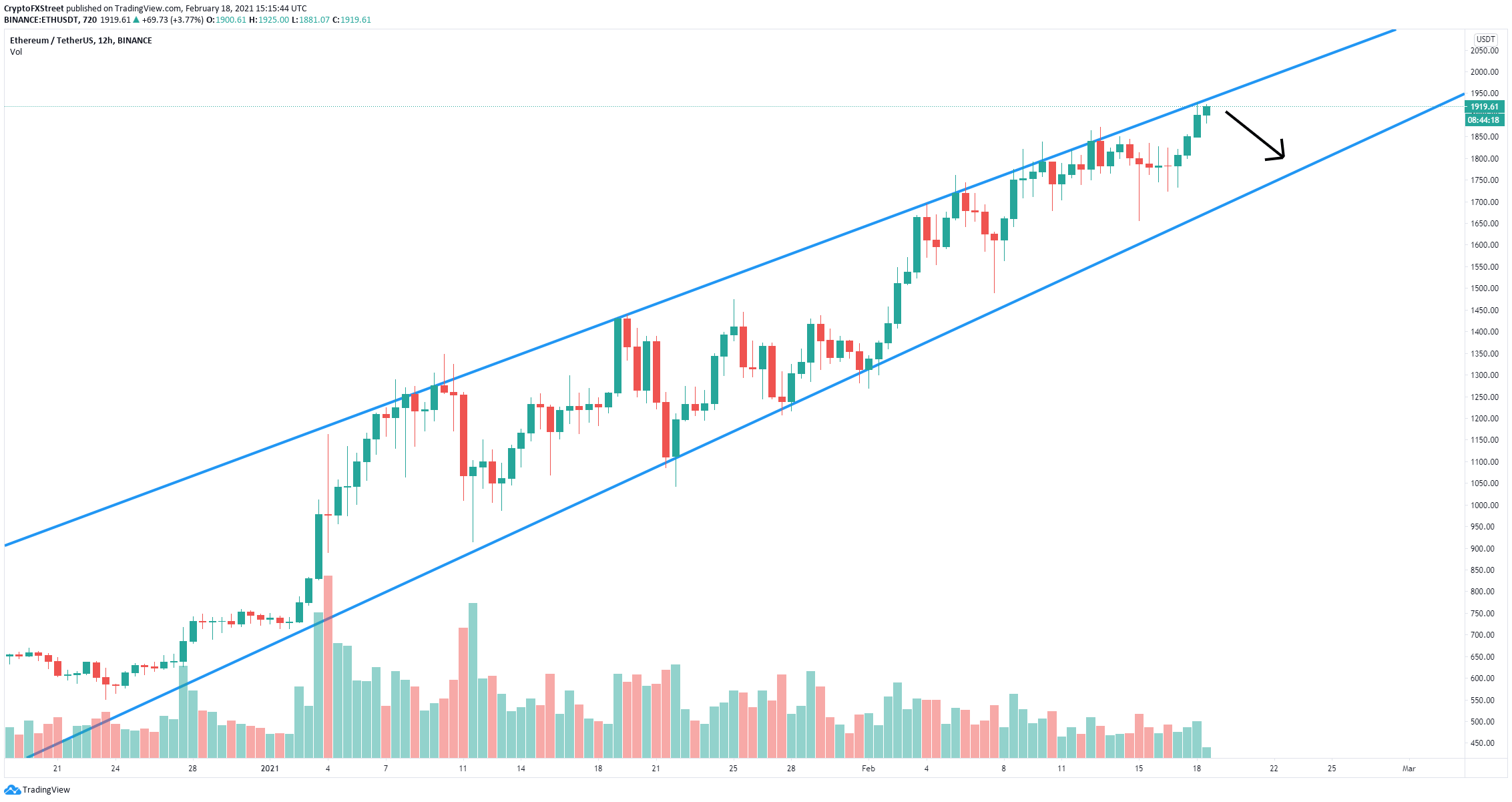 However, the upper resistance trendline of the ascending wedge is robust and likely to reject Ethereum price once again. This would result in ETH dropping towards the lower boundary at around $1,800.