While extending recovery moves from $1,837, ETH/USD rises to $1,885 during early Monday’s trading. In doing so, the altcoin trades inside a two-week-old rising wedge bearish formation but recently trying to revisit the said bearish pattern’s upper line.

Given the quote’s successful break of 200-SMA and bullish MACD, backed by volume, ETH/USD buyers can eye for $1,945 comprising the stated resistance line.

However, the cryptocurrency pair’s run-up beyond $1,945 will reject the bearish chart formation and can easily conquer the record high marked in February around $2,040. During the rise, the $2,000 threshold may offer an intermediate halt.

Overall, ETH/USD bulls seem tiring near the record top but bears are waiting for confirmation. 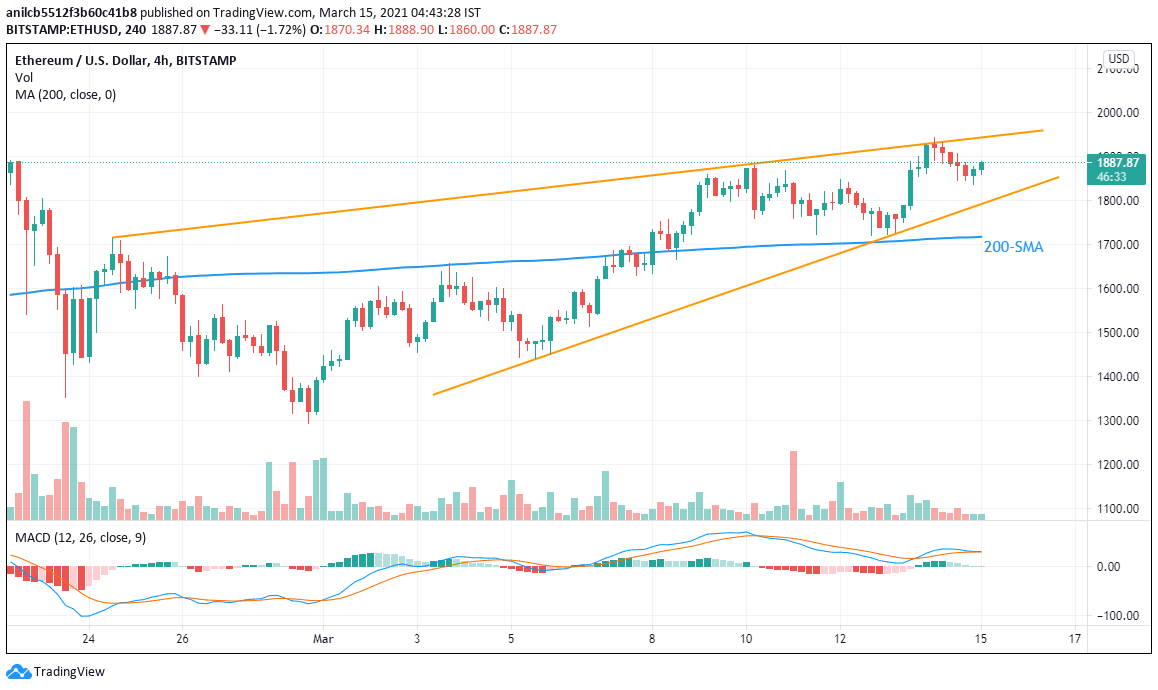