Enjin Coin price has been trading inside a tightening range on the 12-hour chart. Several metrics indicate that the digital asset is on the brink of a significant correction as whales are taking profit and increasing the selling pressure of the coin.

Enjin Coin price could slip toward $1.44

On the 12-hour chart, Enjin Coin has formed a symmetrical triangle. This pattern is created by connecting a series of highs and lows using trend lines. The pattern gives us a 40% potential breakout or breakdown for Enjin. 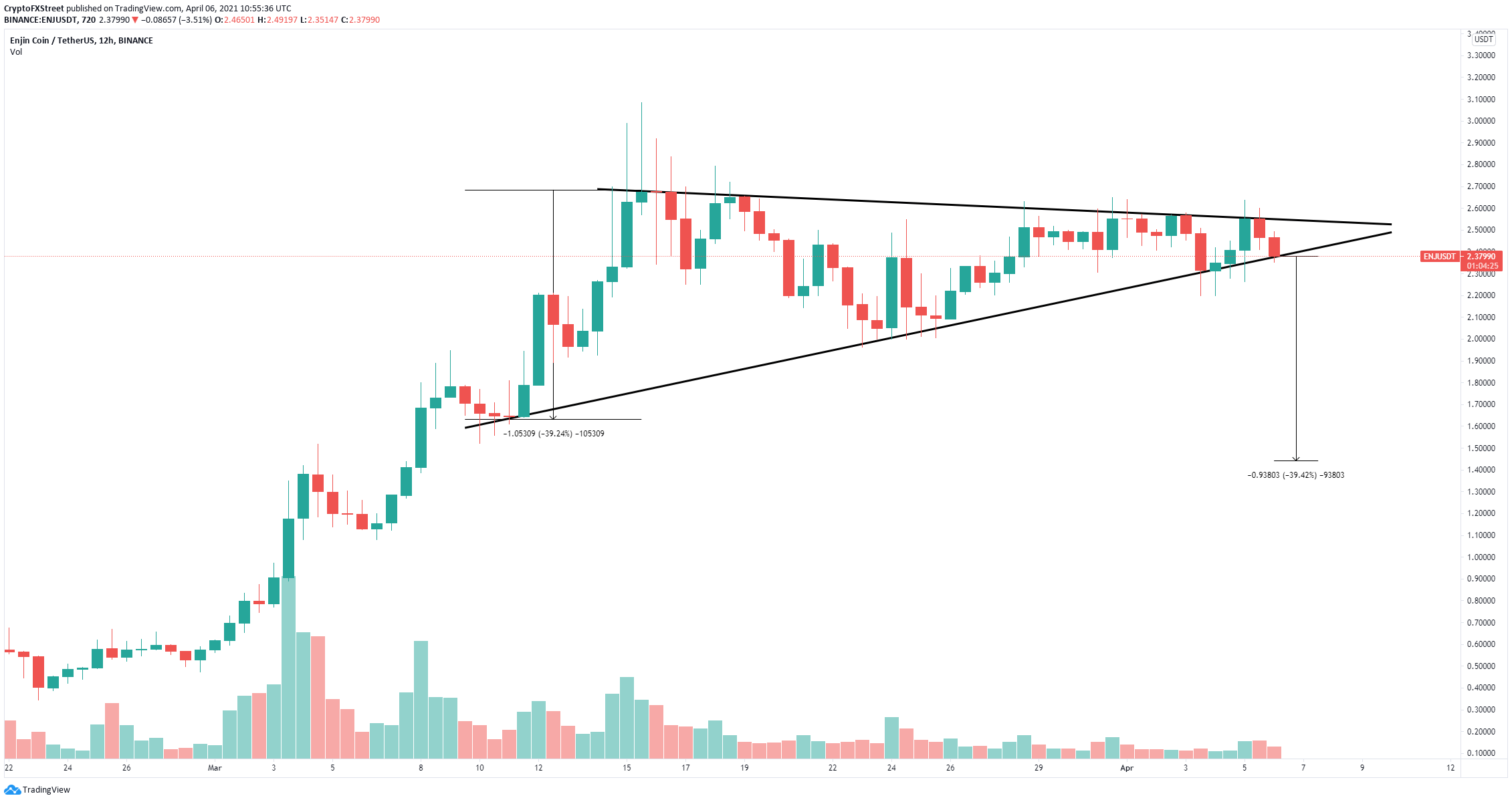 The lower trend line is the support at $2.37. A breakdown below this critical point will drive the Enjin Coin price toward $1.44 in the long term, but the digital asset can pause at $2.2 and $1.96 before reaching its bearish goal. 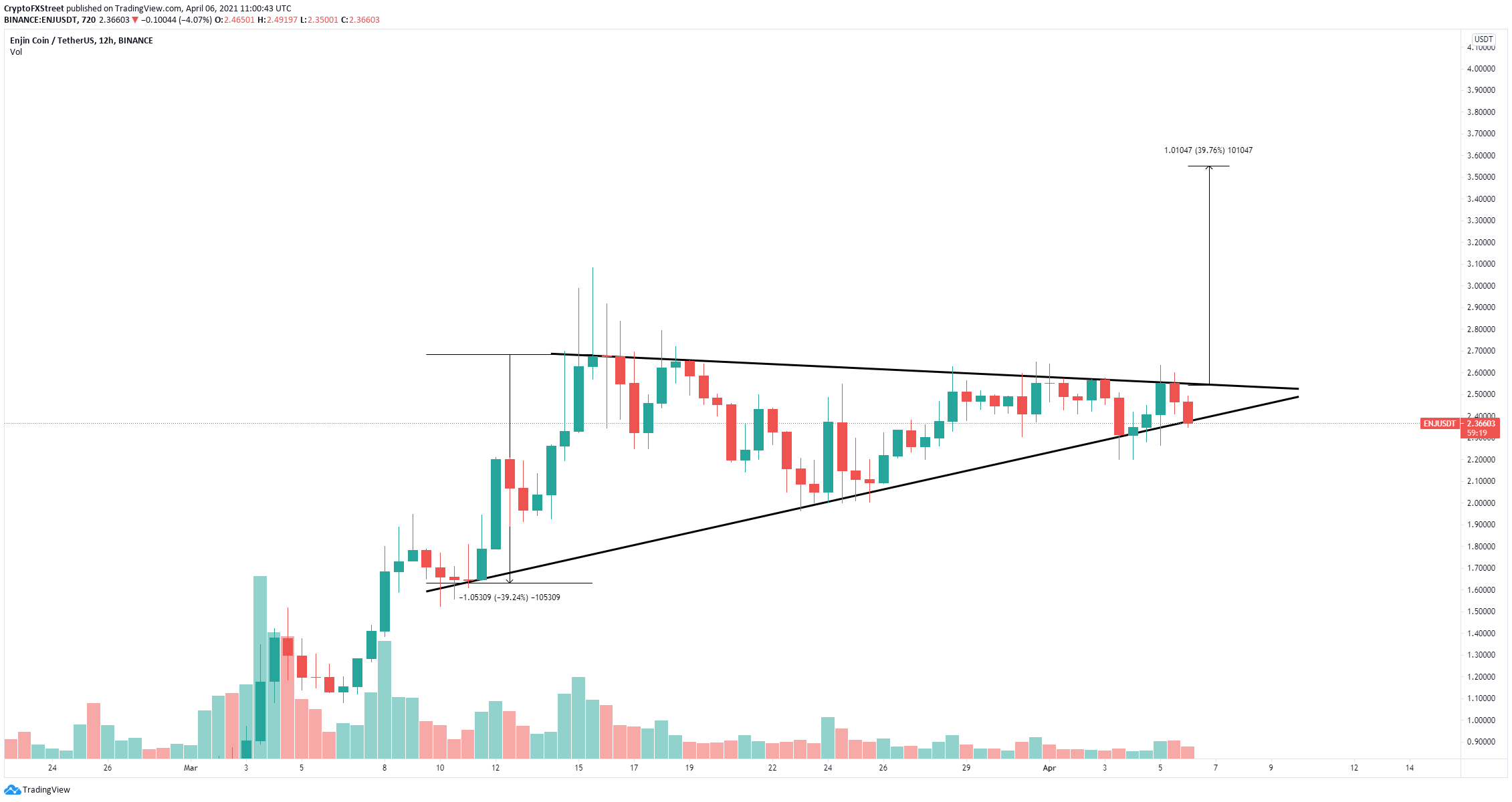 However, although many on-chain metrics favor the bears, a breakout above the upper resistance trendline of the symmetrical pattern at $2.55 will drive the Enjin Coin price toward $3.55 in the longer term with a first price target of $3.1.