Enjin Coin price has shaped a short but constructive base from March 15 and recently traded above a generous declining trend line at $2.350. Subsequently, ENJ has been moving sideways over the last three days, consolidating the breakout that included hourly candle gains of 7% and 9%. Today, at the moment of writing, the altcoin is triggering the pivot of a cheat formation at $2.637.

A cheat formation is generally found around the mid-way point of a base, and it offers traders a timely entry point as it begins to build the right side. ENJ is breaking out from one with only minor resistance at the 0.618 and 0.786 Fibonacci levels blocking it from testing the all-time high at $3.118, printed in mid-March.

The cheat formation’s high is slightly below the 0.618 Fibonacci retracement level of the March correction at $2.676, and this may prove to be a minor challenge. Further resistance is at the 0.786 retracement at $2.870 followed by the all-time high, which would be an 18% gain from the cheat pivot. 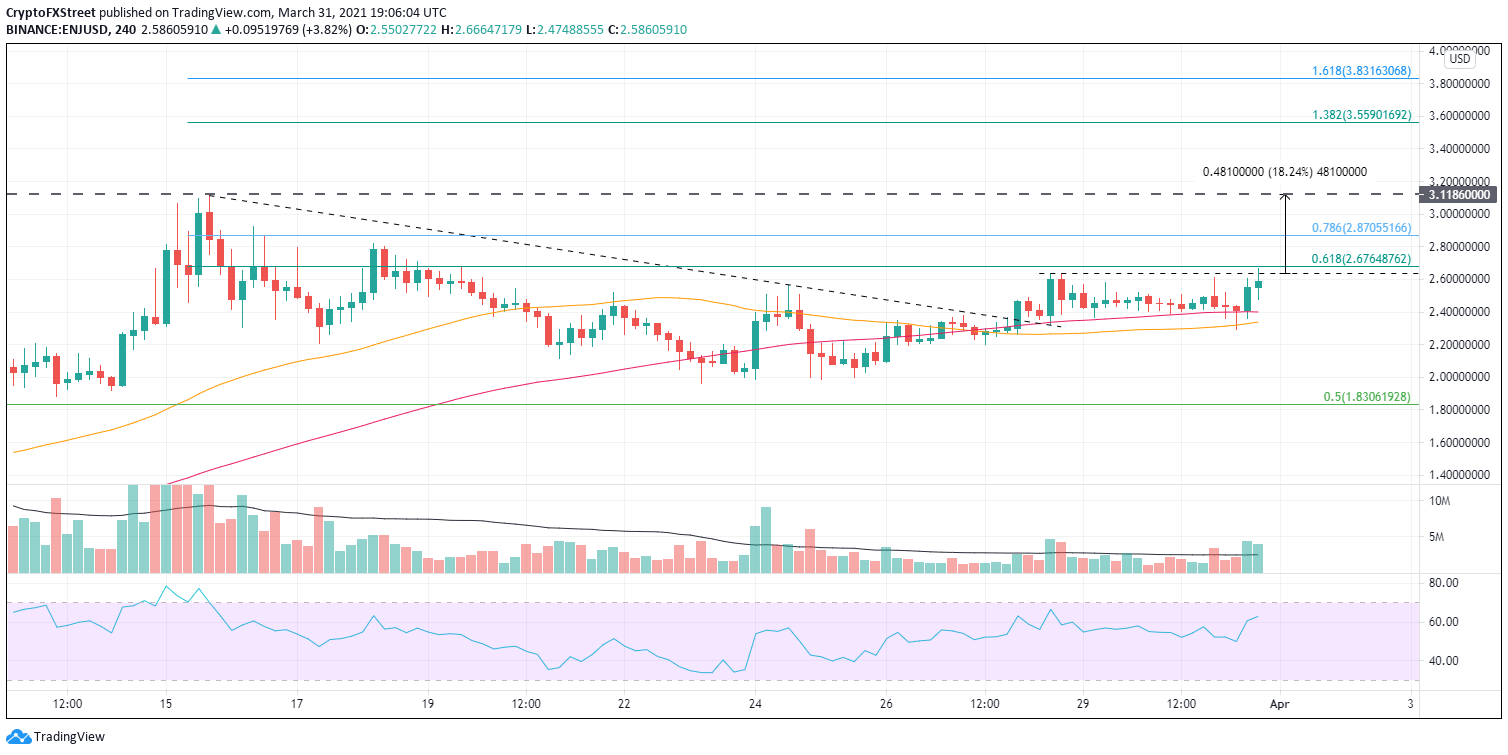 Support begins to materialize at $2.292, but substantive support comes into focus at the March 23-25 lows at $2.00. Additional support is at the 0.50 retracement level of the rapid February-March rally at $1.830.