Dogecoin price continues to lag its peers, chiefly Dogecoin-killer Shiba Inu. The Monday trade session gave false hope to bulls that Dogecoin could rally like Shiba Inu, but sellers firmly rejected that idea. Ever since Monday, Dogecoin has consolidated.

Dogecoin price faces downside pressure, but not as much as Shiba Inu

Dogecoin price may find itself under threat from a breakdown below the Cloud. A test of the $0.23 value area as support is likely. $0.23 hosts the 38.2% Fibonacci retracement and the Kijun-Sen. Below those two levels is a vacant range of support until the 61.8% Fibonacci expansion at $0.19.

Shiba Inu has undoubtedly had more upside movement than Dogecoin. Because both meme coins have such a shared volume of market participants, any massive weakness in one will likely result in speculative capital inflows to the other. In the case of Dogecoin, if Shiba Inu traders leave en masse, a good chunk of that capital will likely transfer to Dogecoin on any hint of an impending breakout move higher. 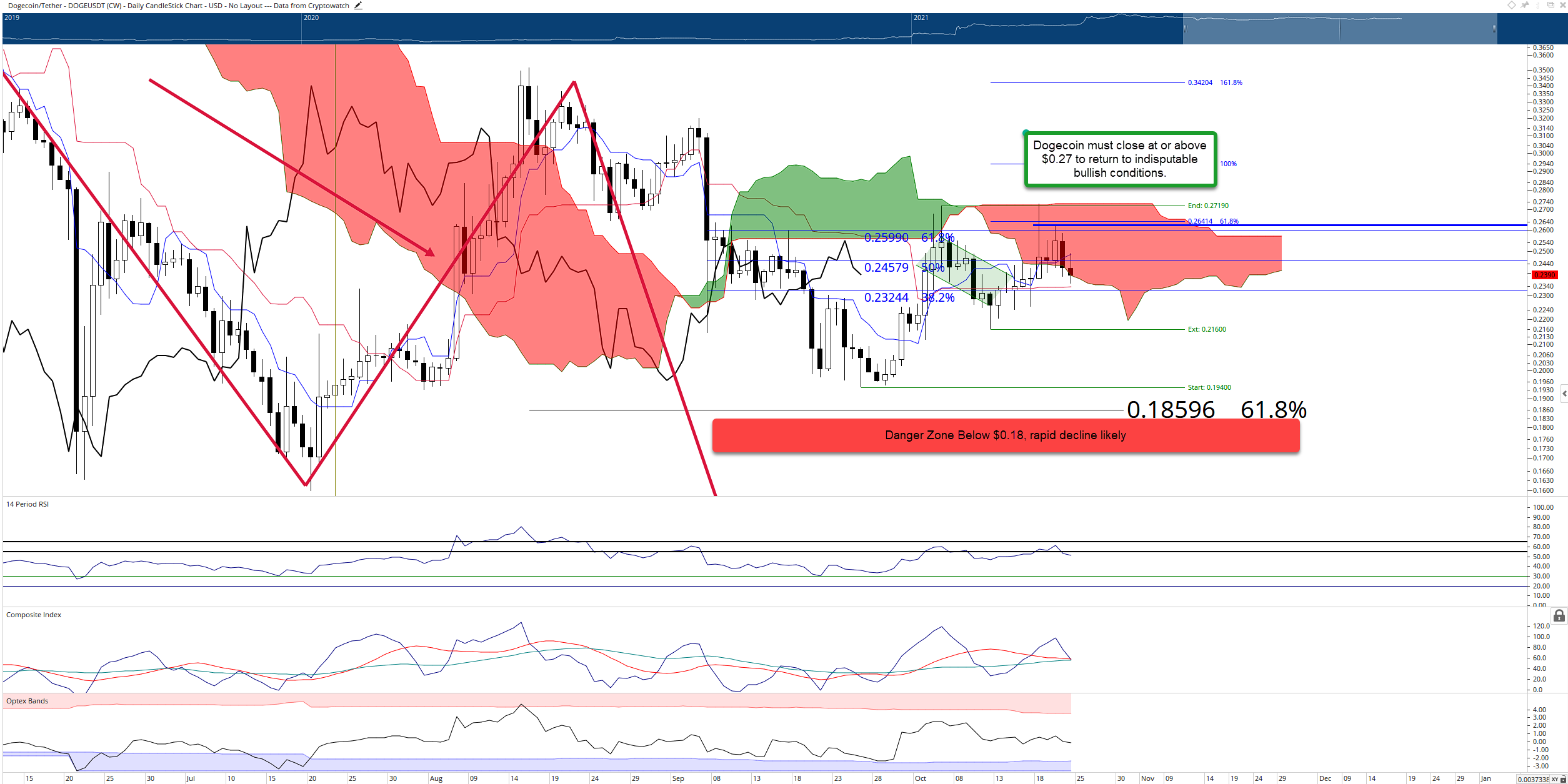 The critical level that Dogecoin must close at is above the Cloud near the $0.27 value area. From there, the breakout is likely to sustain a projected move towards the $0.35 to $0.37 price zone.

Bulls will want to be mindful of the massive volume trough in the 2021 Volume Profile between $0.18 and $0.09. A decisive daily close below $0.18 could trigger a flash crash with Dogecoin price visiting the single-cent price ranges.