Dogecoin (DOGE) lost over 40% from the recent peak and settled at $0.0031 by press time. The joke cryptocurrency created in 2013 by the US programmer Billy Markus "just for fun". However, Dogecoin evolved into a popular cryptocurrency with solid communities in social media.

The coin went to the stratosphere due to the buzz on the popular video-sharing app TikTok last week. Several videos inviting users to by DOGE went viral and sent the coin from $0.0023 to $0.00559. Now that the pump is over, DOGE/USD gave back some of its gains, though it is still significantly higher from before the pump started. Anyway, those investors who were early enough to join the pump probably locked nice profits.

Dogecoin is now ranked as the 31s largest digital asset with the market value of $396 million and an average daily trading volume of $84 billion. Notably, during the hype, DOGE trading volumes reached $1.2 billion, which prompted several cryptocurrency exchanges to add the coin to the list of tradable assets.

On the upside, DOGE/USD may recover to the intraday high of $0.0033; however, a sustainable bullish momentum looks unlikely at this stage as the price returns to its fair value after the pump. 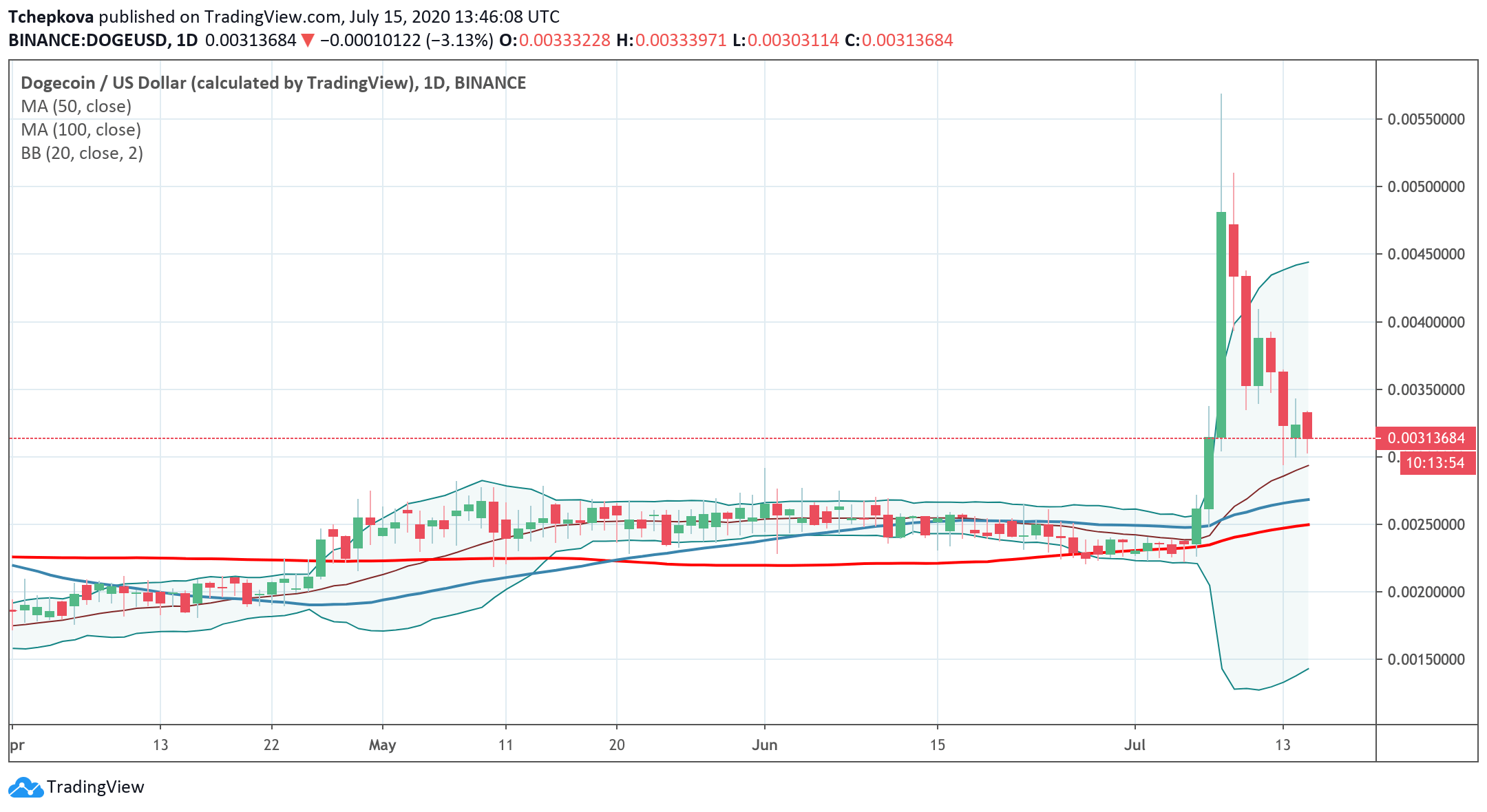