Dogecoin price shows a lack of momentum, which has led to consolidation over the last twelve hours with no directional bias. Going forward, there is a high probability that DOGE slides lower to sweep the recently formed equal lows, collect liquidity, and potentially trigger a higher reversal.

Dogecoin price to arrive at an inflection point soon

Dogecoin price rallied 21% between September 22 and 24 and created a swing high at $0.0682. This move collected the buy-stop liquidity resting above the highs formed after September 12, marking the rally's end.

Soon Dogecoin price reversed and crashed 11%, producing a swing low at $0.0584 that collected the liquidity resting below the September 23 swing low and created an equal low at $0.0585.

Due to the sell-side liquidity resting below these lows, investors should consider a DOGE slide lower in the near future. A sweep of $0.0585 is where investors need to look for bullish entries. A bounce there has a high chance of reversing and with volatility due to existing conditions, is likely to propel Dogecoin price to the Fair Value Gap (FVG), extending from $0.0607 to $0.0618.

Clearing this imbalance will open the path for the meme coin to clear another imbalance, stretching from $0.0645 to $0.0649. A retest of the lower limit of this FVG will constitute a 10% gain and is likely where market participants should book profits.

An unlikely scenario would include DOGE sliding as low as $0.0558 to collect the sell-stop liquidity before flipping bullish. Therefore, investors that open long positions at $0.0585 should use a wide stop loss. 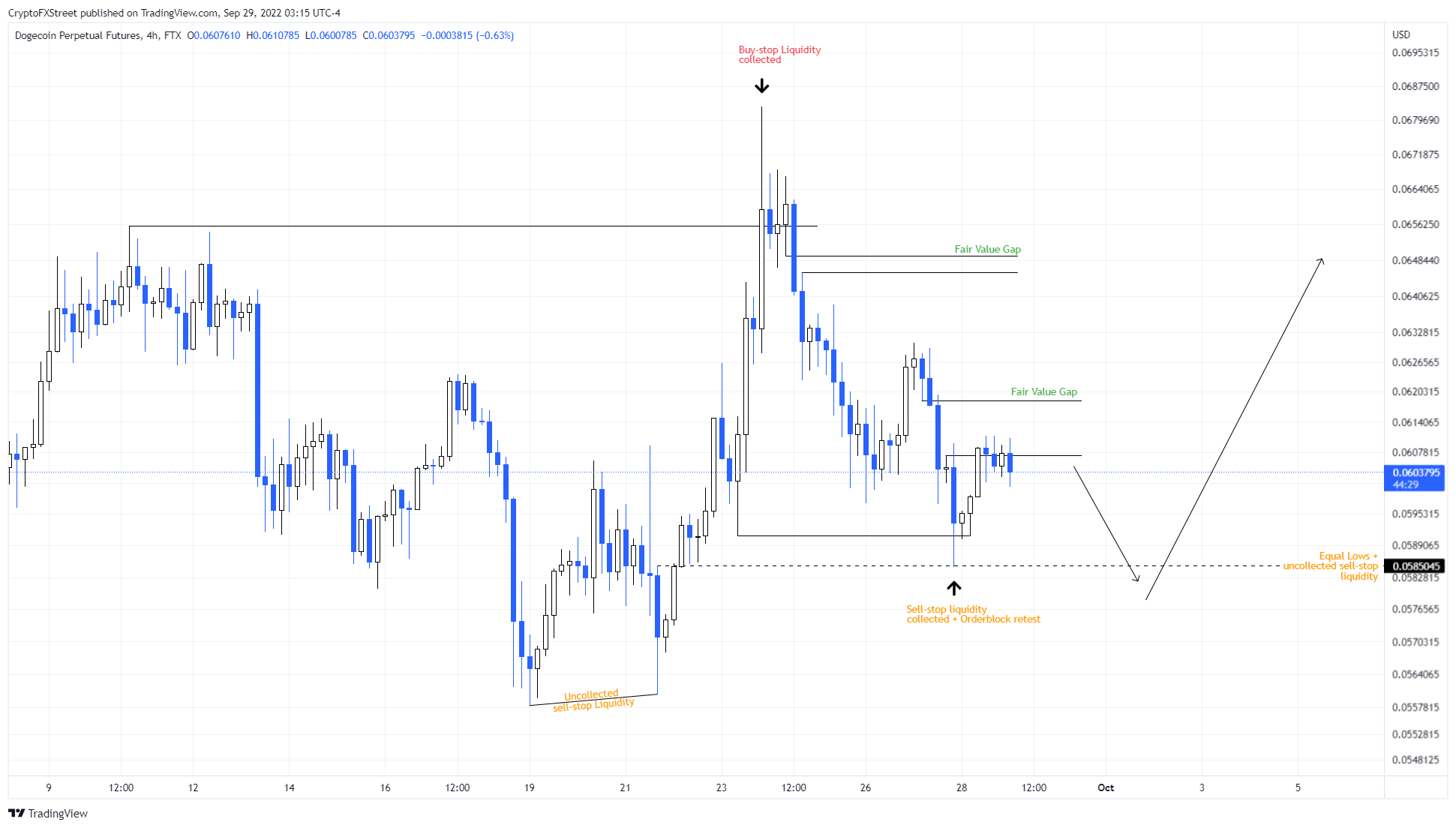 While things are looking up for Dogecoin price from a short-to-mid-term outlook, a breakdown of the equal lows will bring with it uncertainty. A daily candlestick close below the $0.0558 swing low without any signs of recovery will indicate a shift in market structure favoring bears.

This development will invalidate the bullish outlook for Dogecoin price and potentially trigger a correction to $0.0530.