Dogecoin has done it again, thanks to Elon Musk, who tweeted that SpaceX will put a literal Dogecoin on the actual moon in space. The tweet had a significant impact on DOGE initially, which saw a massive 30% spike within hours.

However, as the tweet was posted on April 1, many investors were worried about a potential April Fools joke by Musk. The digital asset is down 17% from the top of $0.071.

Dogecoin price explodes but can't stay above a critical level

Dogecoin price has struggled to climb above $0.063 since February 15. This massive resistance trendline was broken in the past 12 hours, but DOGE lost it again. 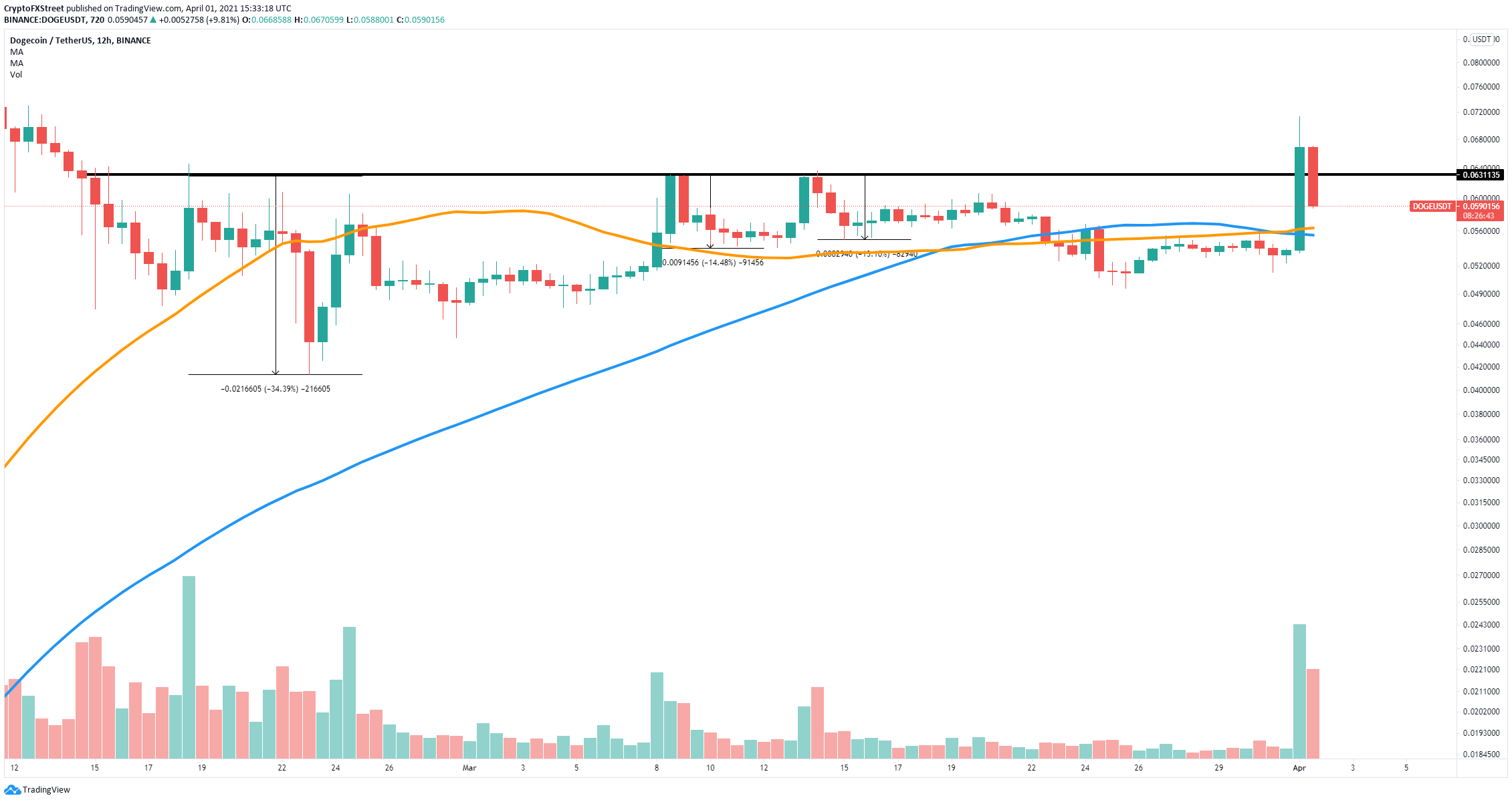 The past three rejections all lead to at least 13% corrections. The most substantial support level is located at $0.056, which coincides with the 50-SMA and the 100-SMA. A move towards this point would represent a 12% correction from the $0.063 trendline resistance.

On the other hand, the In/Out of the Money Around Price (IOMAP) chart shows relatively weak resistance ahead in comparison to the support DOGE has. Holding $0.056 could quickly drive Dogecoin price towards the upper trendline at $0.063 again.