Dogecoin price has been trading inside a downtrend since February 8 as the hype surrounding the project has faded away, especially after the last announcement from Elon Musk. Nonetheless, the digital asset seems ready for an excellent rebound towards $0.076.

Dogecoin price on the brink of a 40% move

On the 4-hour chart, Dogecoin price had a breakout above a descending triangle pattern with a target of 40% towards $0.076. After the initial spike to $0.064, the digital asset dropped to re-test the previous resistance level, now turned into support, which has held so far. 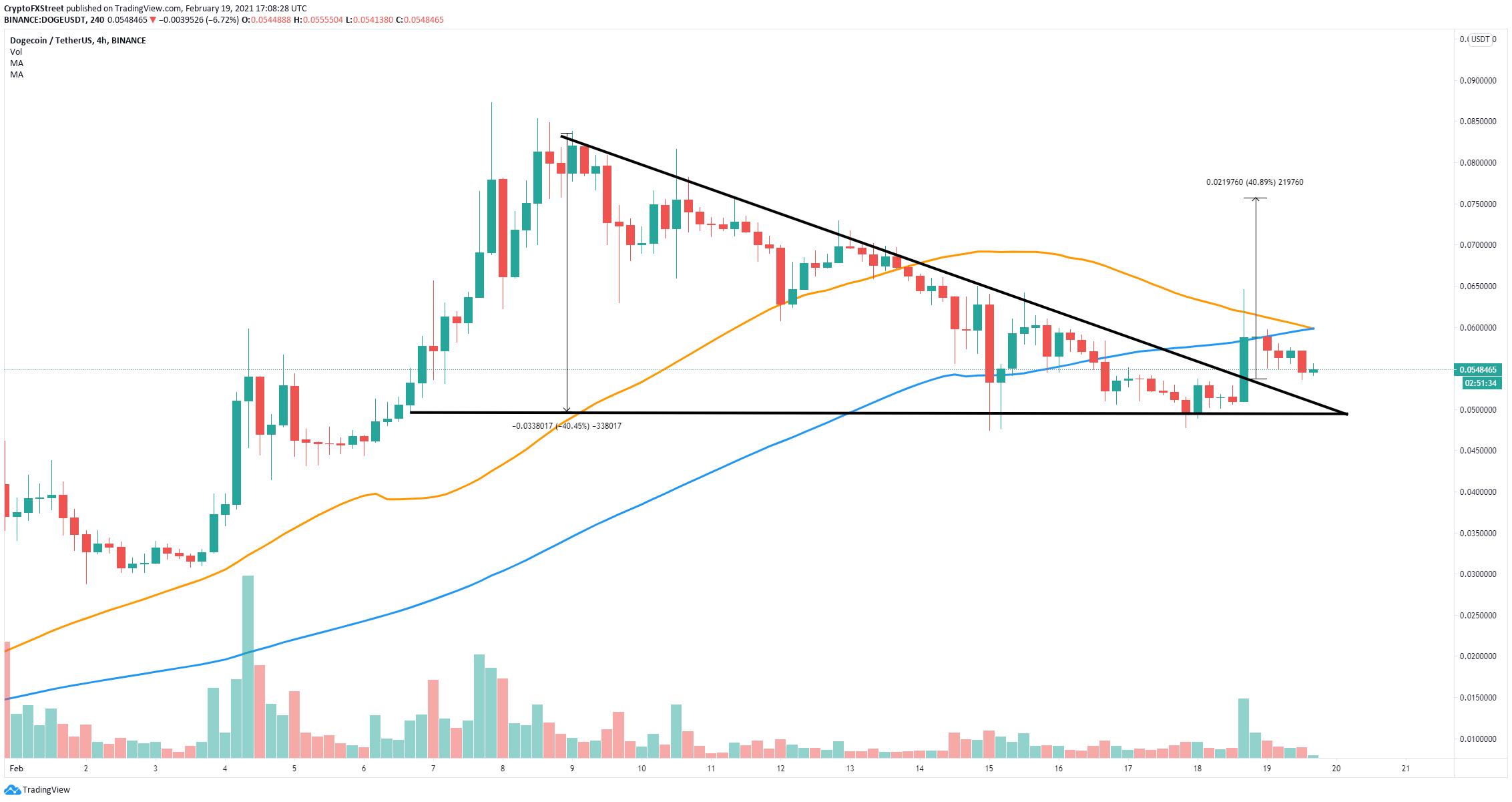 There is a critical resistance level formed at $0.06, which coincides with the 50-SMA and the 100-SMA points. A clear breakout above this key level will quickly push Dogecoin price up to $0.076 in the short-term.

However, the In/Out of the Money Around Price (IOMAP) model shows steep resistance ahead above $0.054 until $0.06, which gives the upper hand to the bears. The most significant support area is located between $0.048 and $0.049, which means a fall towards this range is likely.

Dogecoin price is at a crucial point in its journey, which could either trigger a minor swing or a pullback that will prepare it for another massive leg-up. Investors need to pay close attention to DOGE and its upcoming corrections.

Traders can buy AVAX price here for the next leg

Solana price catches sleeping bulls off guard, is it too late to join the uptrend?

Solana price has rallied and recovered 60% of losses since the June 14 sell-off. SOL price Relative Stregnth Index reconquers bullish support levels. Invalidation of the uptrend is a breach below the swing low at $25.86.

If the Ethereum price does this, it's out of here

Ethereum price could become a very favorable digital asset for day traders in the coming days. Still, the final confirmation for more upside potential has not yet occurred. Ethereum price shows bullish signals forecasting a recovery rally towards $2,500 for the summer.