Dogecoin (DOGE/USD) sellers refuse to give up, as the bearish momentum extends into the fifth consecutive day on Saturday.

DOGE price is looking to break its 11-day range play to the downside, as the investor interest in the canine-inspired coin keeps diminishing.

The sluggish price action could likely be associated with an absence of tweets from Elon Musk, Tesla Inc’s founder and an endorser of Dogecoin.

In other news, Dogecoin, the meme-based coin, was chosen as the unit of account between SpaceX and GEC, giving Doge a claim on the first unit of space commerce, although, it is not the only space currency.

Dogecoin’s daily-hour chart shows that the price remains confined within a narrow range, with the horizontal 21-Daily Moving Average (DMA) at $0.3380 limiting the bulls.

However, with the Relative Strength Index (RSI) pointing south below the central line, currently at 40.07, the abovementioned key support appears at risk.

A daily closing below that cap could fuel a sharp drop towards the May 19 flash crash low of $0.1950.

Should the selling pressure intensify the ascending 200-DMA line of defense at $0.1475 could come to the rescue of the DOGE optimists. 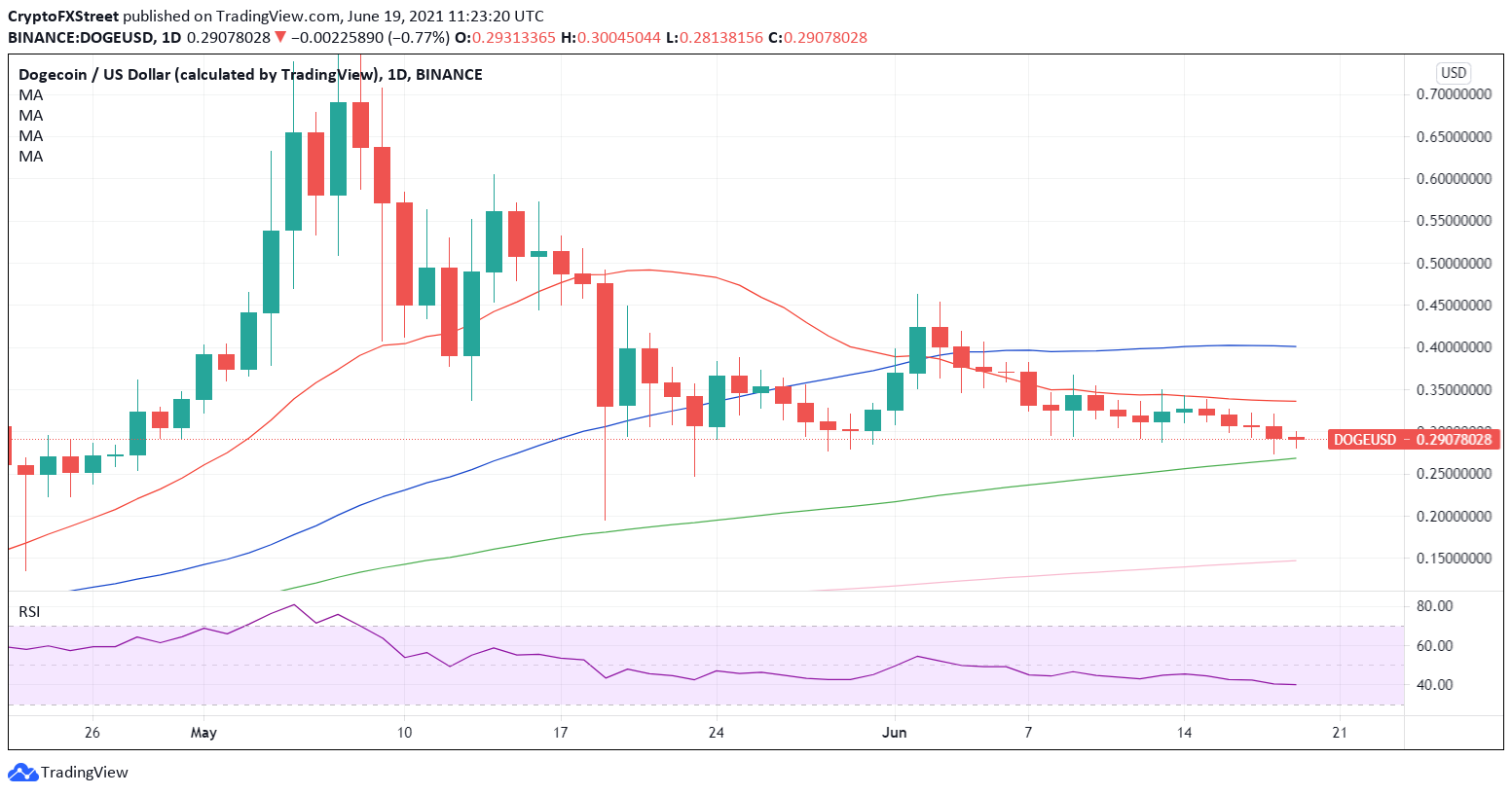 The next bullish target is envisioned around $0.4600, June highs.

To conclude, the downside appears more compelling for DOGE price amid bearish RSI and lower highs formed so far this Saturday.