Dogecoin price had yet another major breakout thanks to a massive investment from Kronos Advanced Technologies. The digital asset that started as a meme is now gaining traction among investment companies, mostly due to the exposure gained by the world's richest man, Elon Musk.

Kronos Advanced Technologies is a product development company that announced an investment of $60 million worth of Dogecoin Cash on April 12.

Kronos is already the first public company that started to accept Dogecoin payments and has now switched its focus on Dogecoin Cash, which is a non-inflationary complementary currency to the original Dogecoin. Michael Rubinov, the president of the company stated:

With the growing excitement around Dogecoin Cash, Kronos aggressively accepting Dogecoin as payment, and our popular limited edition air purifier rebranded as AirDOGE, we felt that swapping into Dogecoin Cash was a natural fit.

The main idea behind the Dogecoin Cash coin is that it uses a new consensus system called the Proof of Content which aims to be more energy efficient.

Additionally, on April 10, Elon Musk stated that SpaceX would be going to the moon soon. This also had a positive impact on Dogecoin as the billionaire magnate also said it would bring a literal Dogecoin to the literal moon.

Dogecoin price targets $0.09 with no resistance ahead

On the 12-hour chart, Dogecoin broke out of an ascending wedge pattern on April 10, thanks to Elon Musk's comments on Twitter. This breakout has a price target of $0.09 in the long term, a new all-time high. 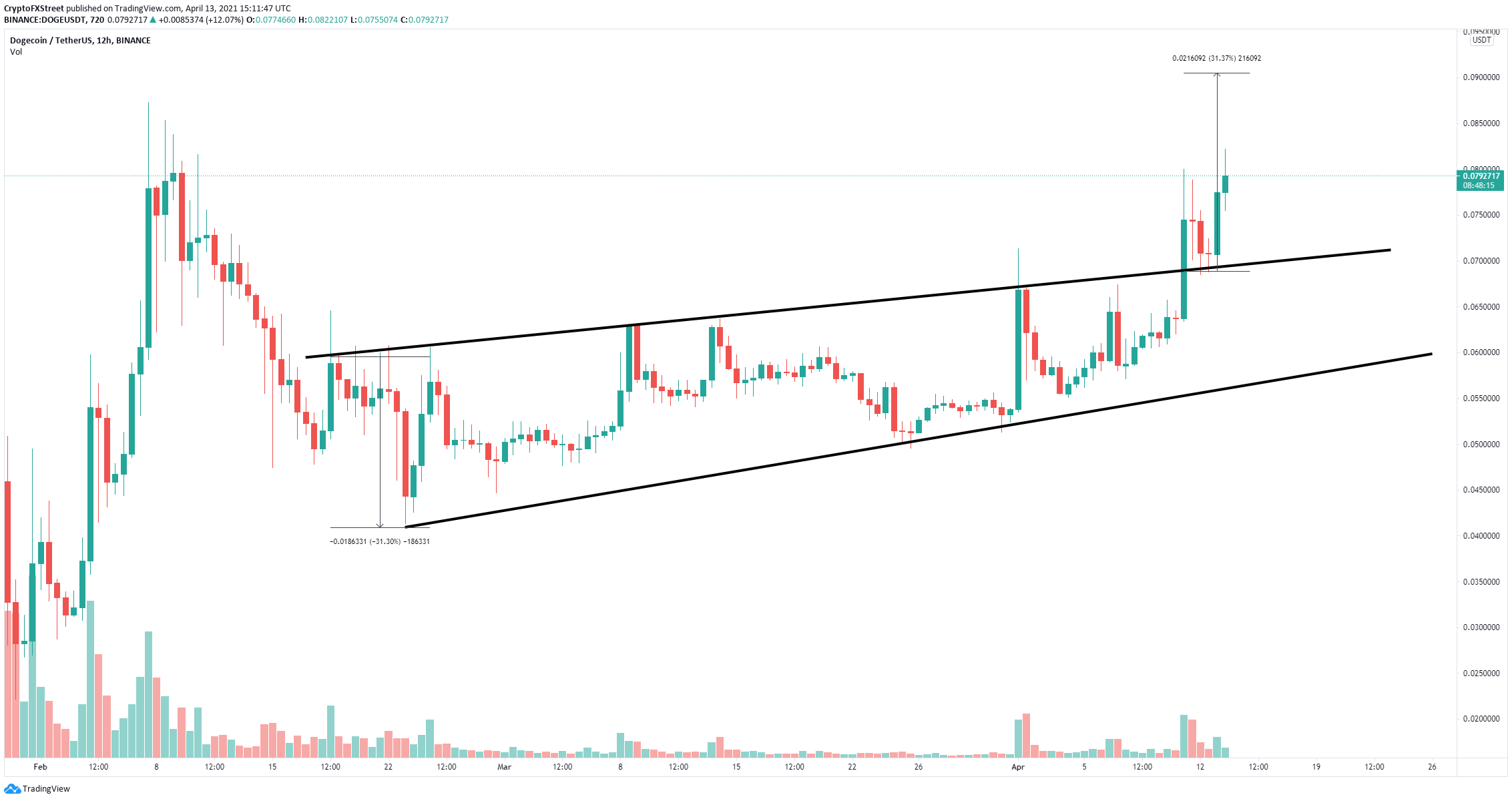 The digital asset has already re-tested the previous resistance trendline at $0.07 and is trading at $0.08 at the time of writing. However, there is some short-term risk for the bulls. 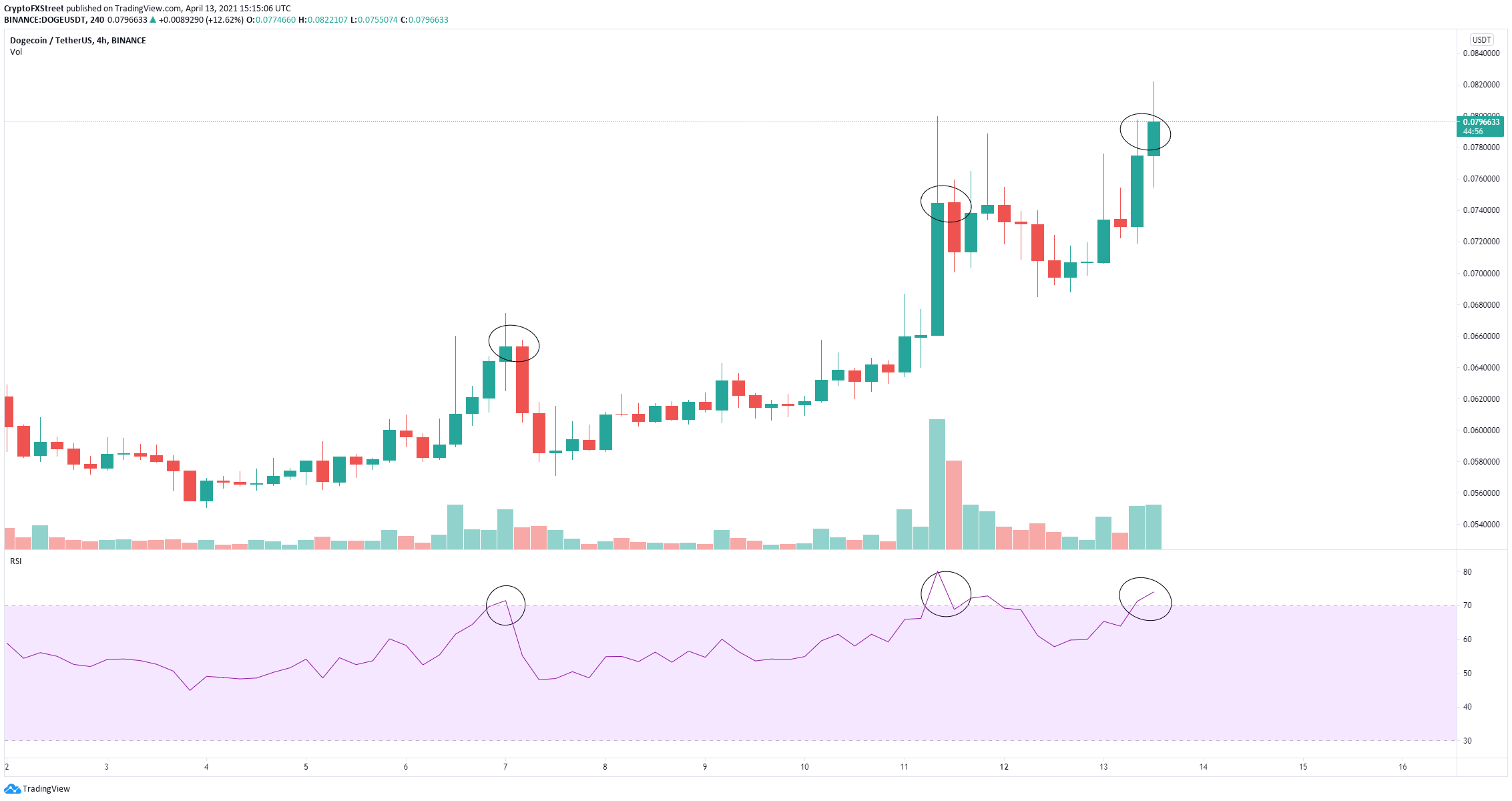 On the 4-hour chart, the RSI is overextended, which in the past week has proven to be a reliable indicator of upcoming corrections. So far, the 12 EMA has been able to hold the price, which means that another correction could lead Dogecoin price down to $0.073.