Dogecoin (DOGE), the meme-based altcoin which has become a favorite talking point of Elon Musk, has doubled in 24 hours to hit all-time highs of $0.29. 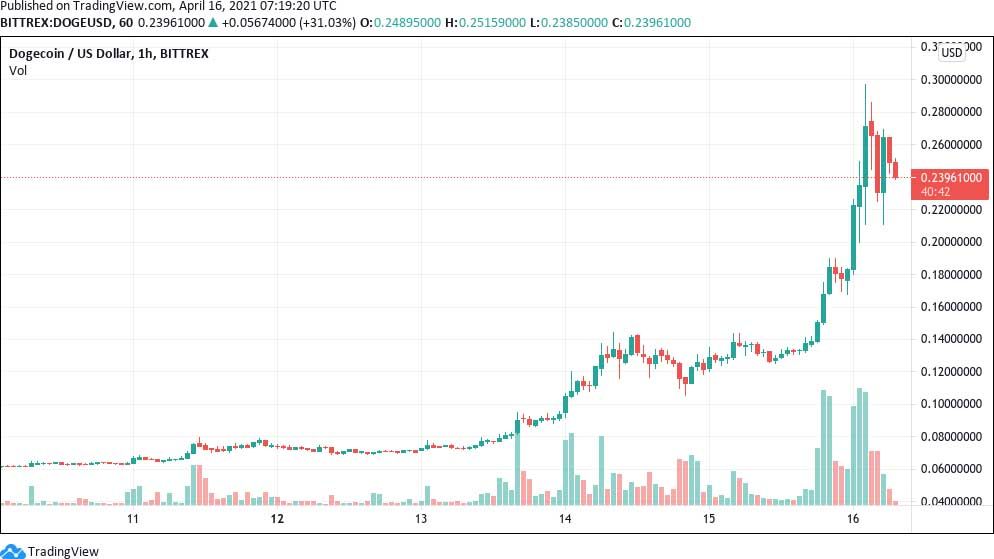 DOGE leaves others in the dust

Cointelegraph Markets Pro and TradingView showed DOGE/USD outperforming other major cryptocurrencies by an order of magnitude on April 16.

In what appears an almost unbelievable move, Dogecoin has also become the eighth-largest cryptocurrency by market cap, surpassing Litecoin (LTC), Chainlink (LINK) and Uniswap (UNI) among others.

Reacting, it appeared that even professional traders had been caught by surprise.

"This is the first DOGE pump I have missed in years, but I still absolutely love to see it. Favorite asset of all time changed my life in 2017. Happy for you guys who are in it, innit?" Scott Melker tweeted.

As with altcoins more broadly, meanwhile, Doge's historic reversal of fortune came at the expense of Bitcoin (BTC) on the day, with the largest cryptocurrency seeing a forecast retest of previous all-time highs around $61,000.

Several tests of $61,000 support left the door open for further dips on Friday, bringing daily losses to around 2.8%.

Bitcoin's market cap dominance stood at 52.1%, also down noticeably in recent weeks as altcoins see their time in which some analysts believe will only reach a peak later this summer. 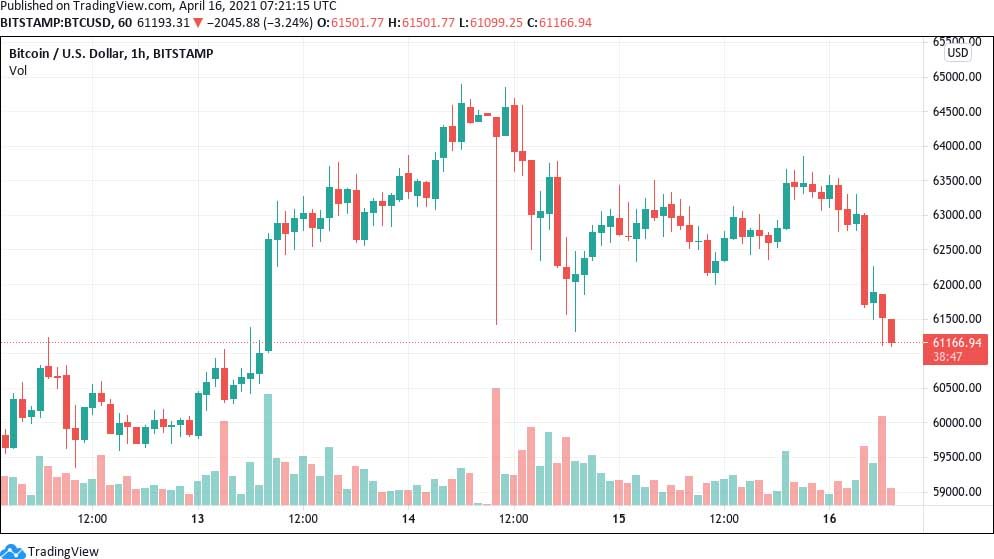 A ban on transactions by Turkey's central bank was tipped to have fuelled the loss of upside momentum, this being done due to possible "irrepairable" side-effects to the country's established fiat payment network.

"It is considered that their use in payments may cause non-recoverable losses for the parties to the transactions due to the above-listed factors and they include elements that may undermine the confidence in methods and instruments used currently in payments," Reuters quoted a statement as saying.

Also showing signs of a cooldown was Ether (ETH), which returned closer to $2,400 after seeing its own all-time highs above $2,500 the day before.