Dogecoin price has done it again, surging by 20% thanks to another tweet by Elon Musk endorsing the digital asset. Musk said that he bought some Dogecoin for ‘lil X’ so he can be a ‘toddler hodler’. Of course, this had a positive effect in Dogecoin price which reached a market valuation of over $10 billion.

On the 1-hour chart, Dogecoin has established a descending triangle pattern and seems to be poised for a breakout in the short-term. Cracking the resistance level at $0.076 would lead Dogecoin price to a new high at $0.094, close to the psychological level of $0.1. 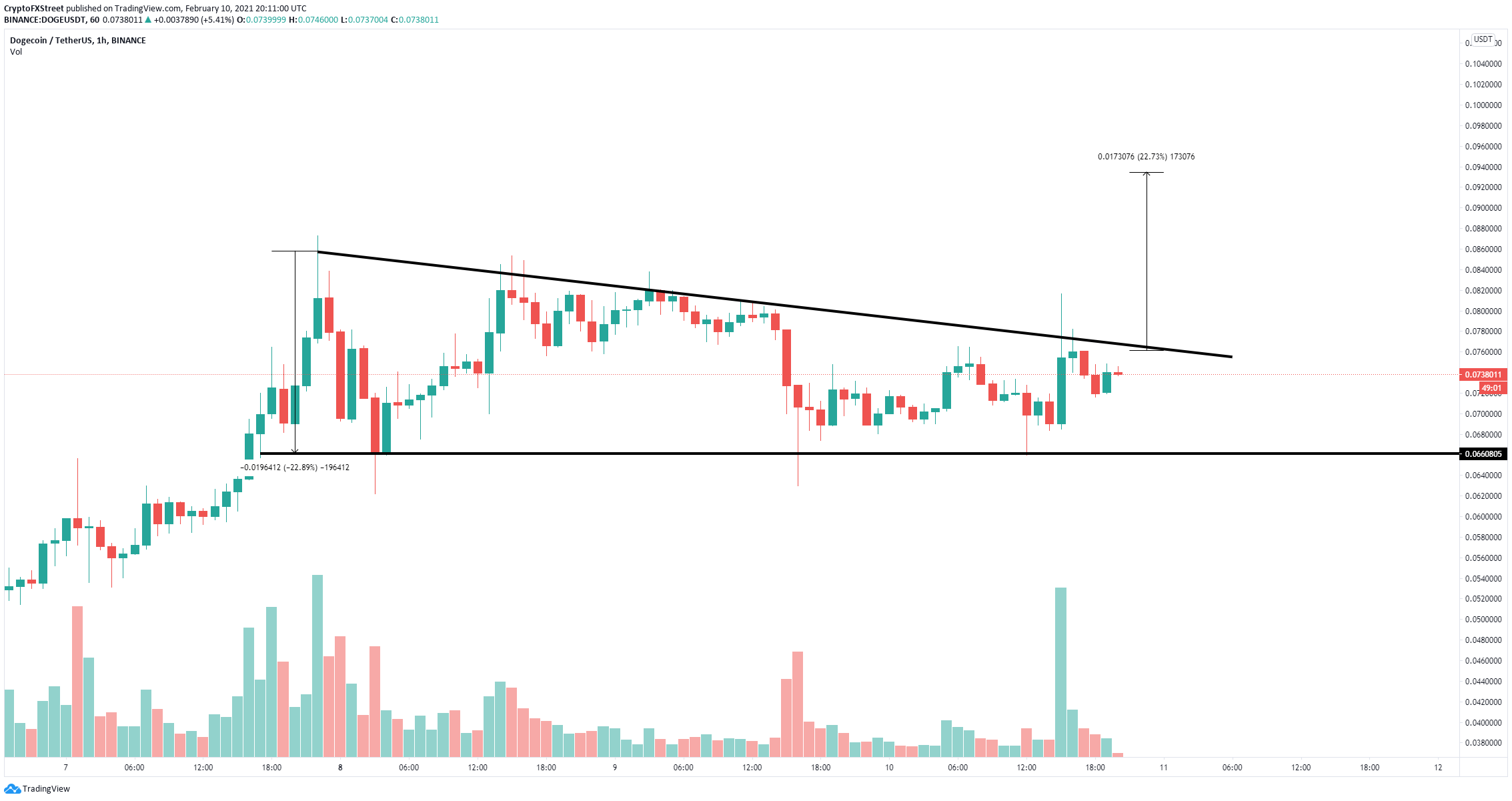 The interest in Dogecoin seems to be increasing significantly despite the digital asset hitting new all-time highs. The number of new addresses joining the network has increased by 51% in the past week.

Funnily enough, the founder of Dogecoin, Billy Markus, stated that he can’t make sense of the surge in the coin that started as a joke adding:

The idea of dogecoin being worth 8 cents is the same as GameStop being worth $325, it doesn't make sense.