Curve DAO had a colossal 56% correction from its all-time high of $3.66 on February 6. However, whales have taken advantage of low prices to accumulate even more CRV, a bullish indicator in the long-term for the digital asset.

On the daily chart, Curve DAO has attempted to climb back above the 26-EMA, a key support level throughout the previous bull rally. A candlestick close above this point could drive CRV towards its previous all-time high of $3.66. 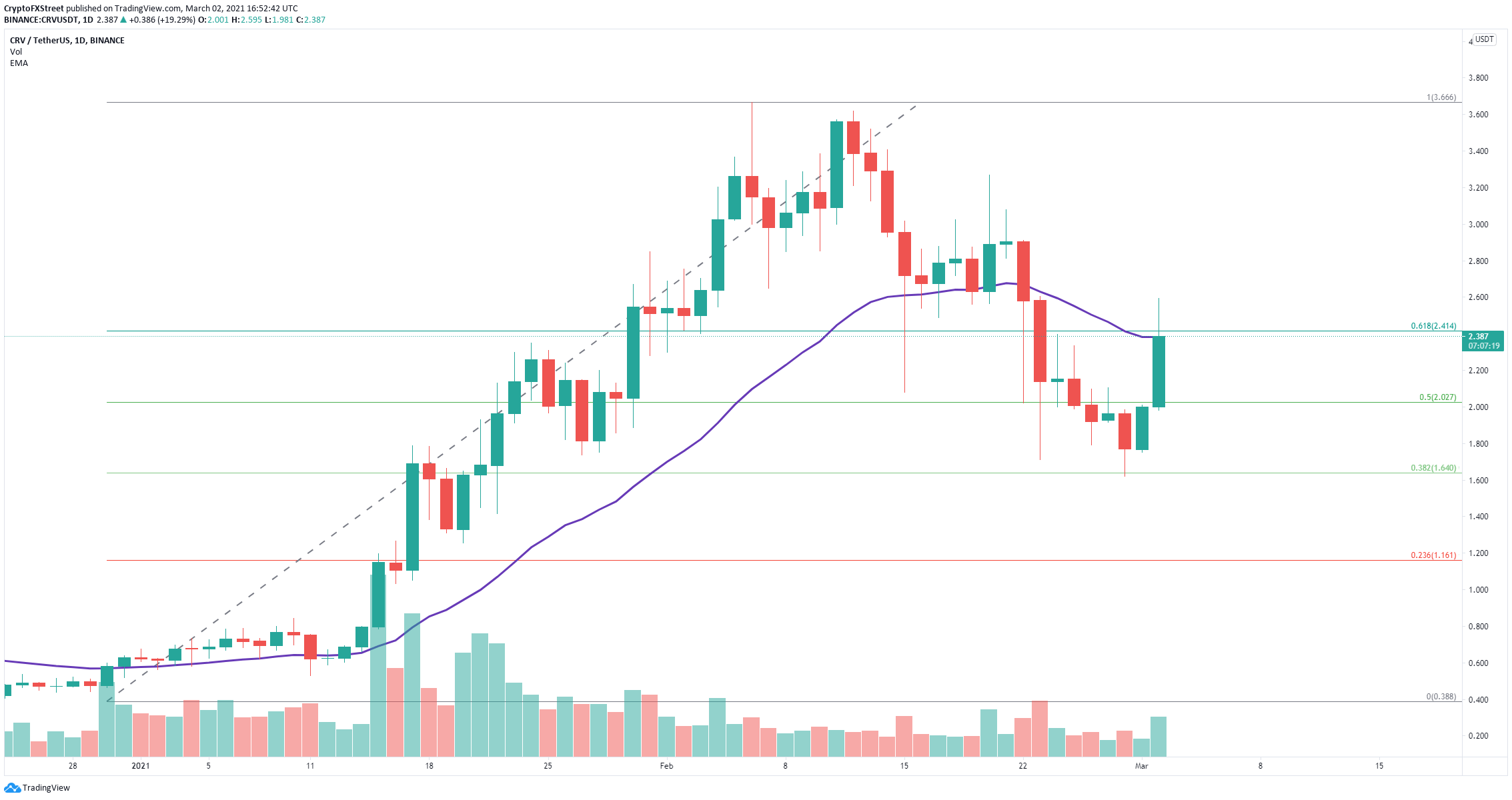 On the other hand, a rejection from the key resistance level on the daily chart might lead the digital asset down to the 50% Fibonacci retracement level at $2, which is also a psychological level.

Stellar has enjoyed an amazing rally since the beginning of 2021 and hit a yearly high at $0.69 on April 14. The digital asset must hold a crucial support level to continue with the uptrend and reach new highs.

Bitcoin’s on-chain data suggest a short-term correction may be needed before Bitcoin could continue its price rally.  Market sentiment toward Bitcoin poses a major concern for the cryptocurrency, indicating it is approaching “peak hype.”