In a watershed moment for the crypto industry, the Securities and Exchange Commission greenlighted the first US Bitcoin futures exchange-traded fund to start trading. Trading under the BITO ticker symbol, ProShare’s fund allows investors to buy Bitcoin without actually buying it on a crypto exchange. The ETF posted a 2.59% daily rise to close at $41.94 per share on its first day of trading.

The launch is the culmination of a nearly decade-long campaign by the ETF industry. The SEC rejected previous applications, citing concerns over insufficient liquidity and that BTC’s extreme volatility might cause sharp losses to retail investors.

Meanwhile, Grayscale, the world’s biggest digital asset manager, has filed for a spot bitcoin-based ETF. Grayscale’s ETF would be backed by actual units of the cryptocurrency, not via futures.

Central banks are wary of bitcoin as it could dismantle the global banking system. Thus, Bank of England's deputy governor Jon Cunliffe warned the crypto market growing by "roughly 200% in 2021" could pose a threat to the financial system if not urgently regulated.

The approval of a Bitcoin ETF is seen as a stepping stone for crypto to become a more traditional financial sector. Bitcoin’s adoption increased up to a whopping 881% in 2021 compared to the previous year. There are now around 15,000 businesses around the globe that accept BTC payments, and 2,000 of them are US-based firms.

BTC hits ATH – How high can it go?

This week, Bitcoin hit $66,974 on Wednesday, breaking through its previous all-time high of $64,888. This record high coincides with the Bitcoin ETF debuting. 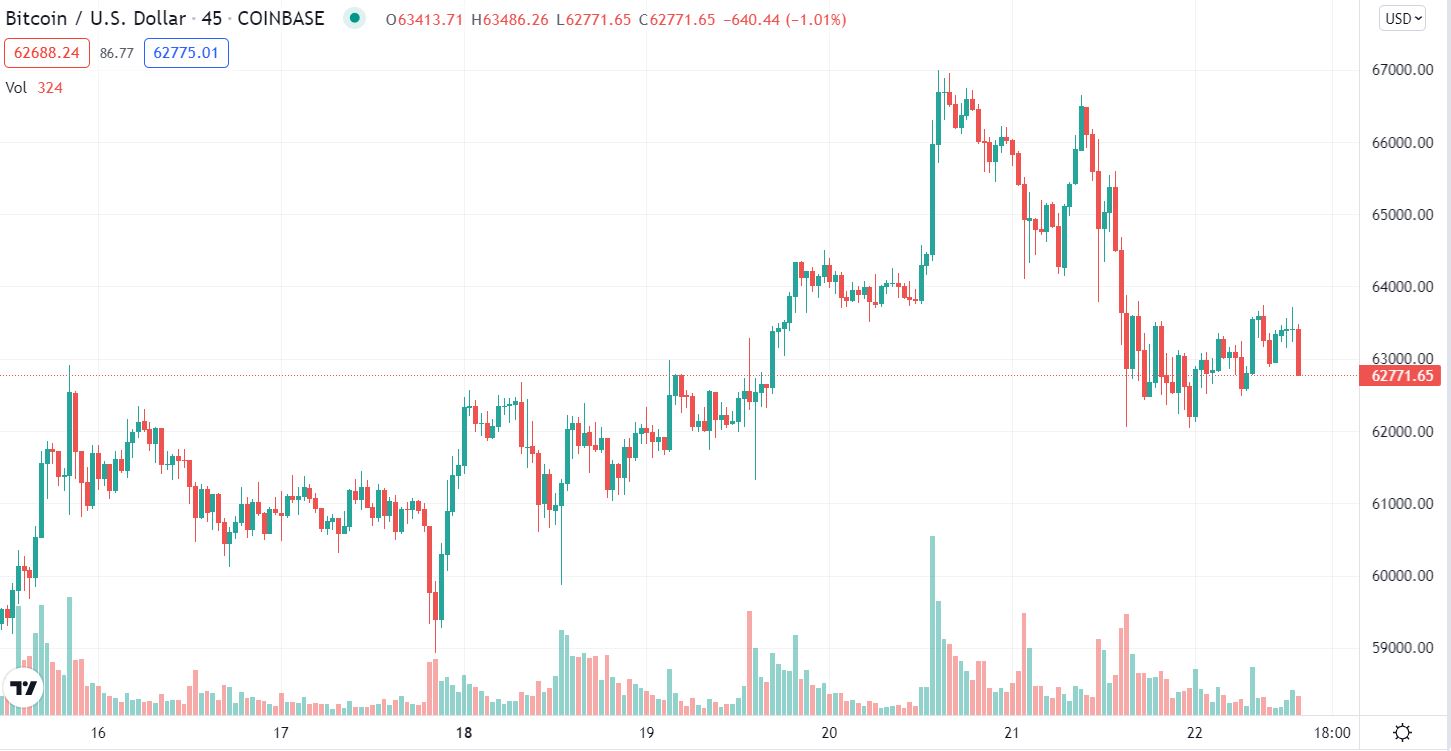 Analysts forecast a strong rally through the rest of 2021. Some go even further with their predictions, promising a “good year” in 2022. Thus, Willy Woo, creator of data resource Woobull noted that a decrease in supply coupled with a lion’s share of it kept in the hands of holders creates a strong bullish signal.

According to crypto analyst TechDev, the current market cycle will peak in mid-December. Based on his estimations, bitcoin will hit $70,000 next week, and then it will skyrocket to $90,000 in November, followed by a retracement to the $60,000 level. And then we’ll see a “parabolic run-up” to a peak of $250,000.

Based on all these signals and the fundamentals, I would say that after the much-anticipated breakthrough of an ATH, BTC is likely heading to $70,000. Further, a pullback could take place. It’s pretty likely that we’ll see the level of $78,000-$85,000 by the end of the year. However, there’s still a high degree of uncertainty with price reacting most strongly to news on bitcoin regulation. Let’s say, if Switzerland eventually makes it part of its constitution, we can expect even $100K by the end of 2021. We need to keep a close eye on the developments.

This week, ETH broke above $4K following Bitcoin’s rally to hit its new all-time high of $4,366.09. The trend is undoubtedly bullish, with a higher ETH price expected to follow. 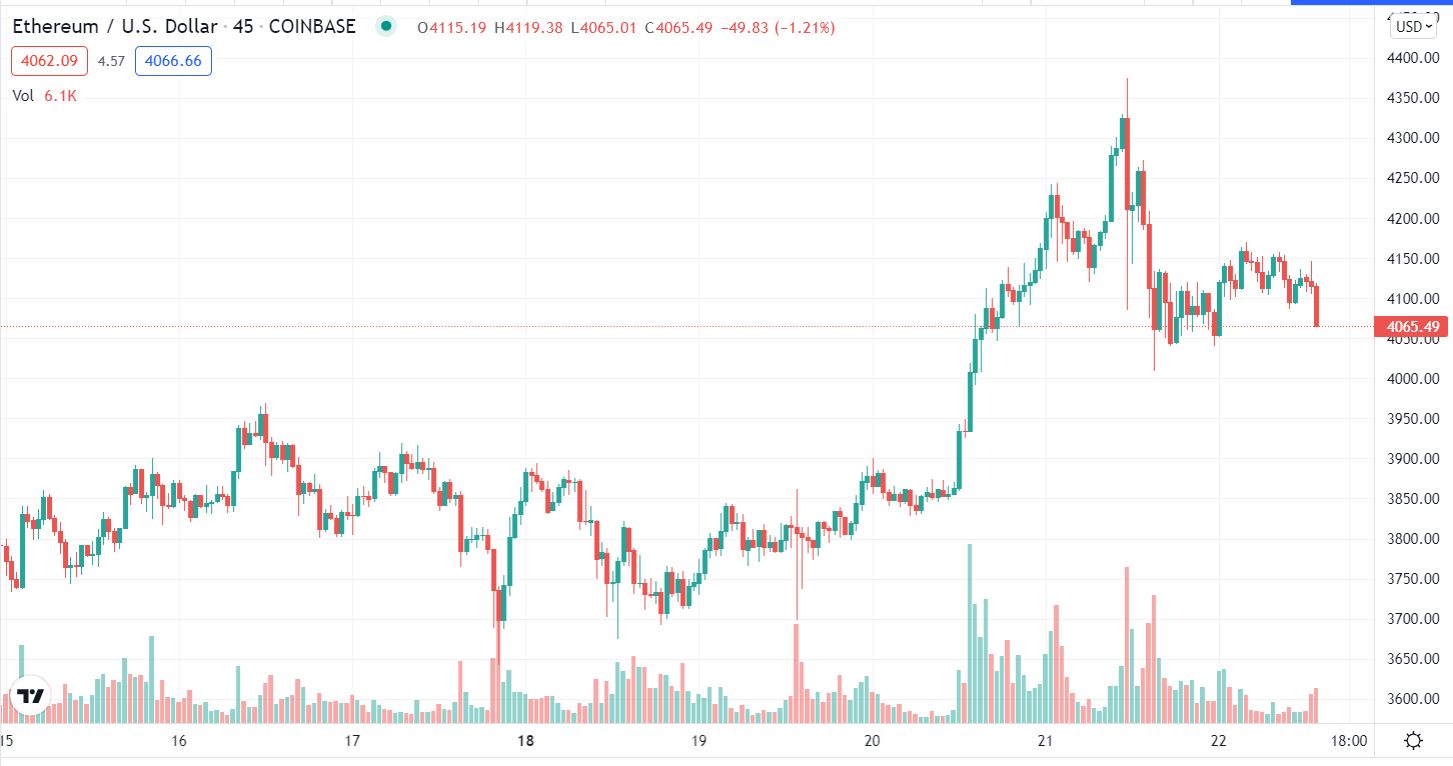 Zcash is among other best-performing altcoins that rose the most in the week of Oct 11 to 17. 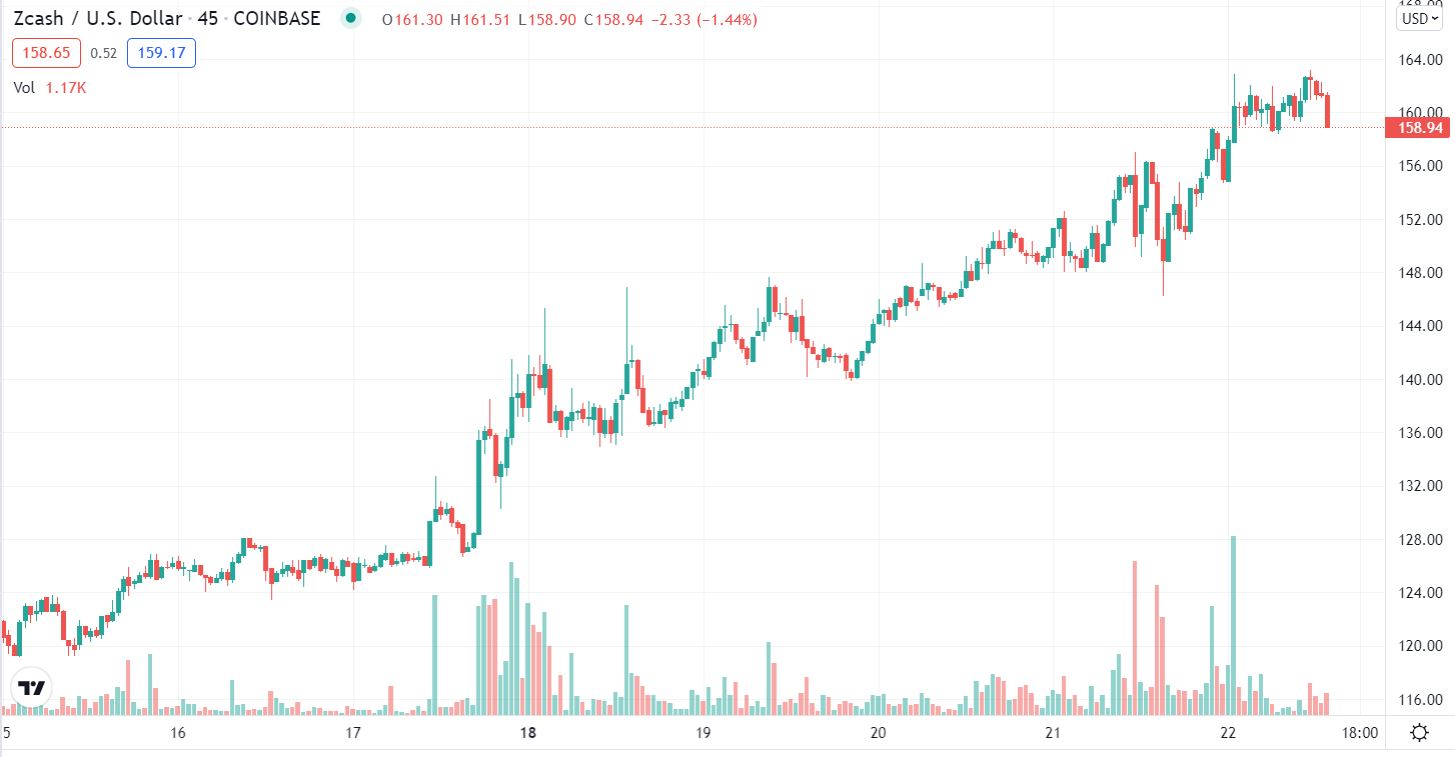 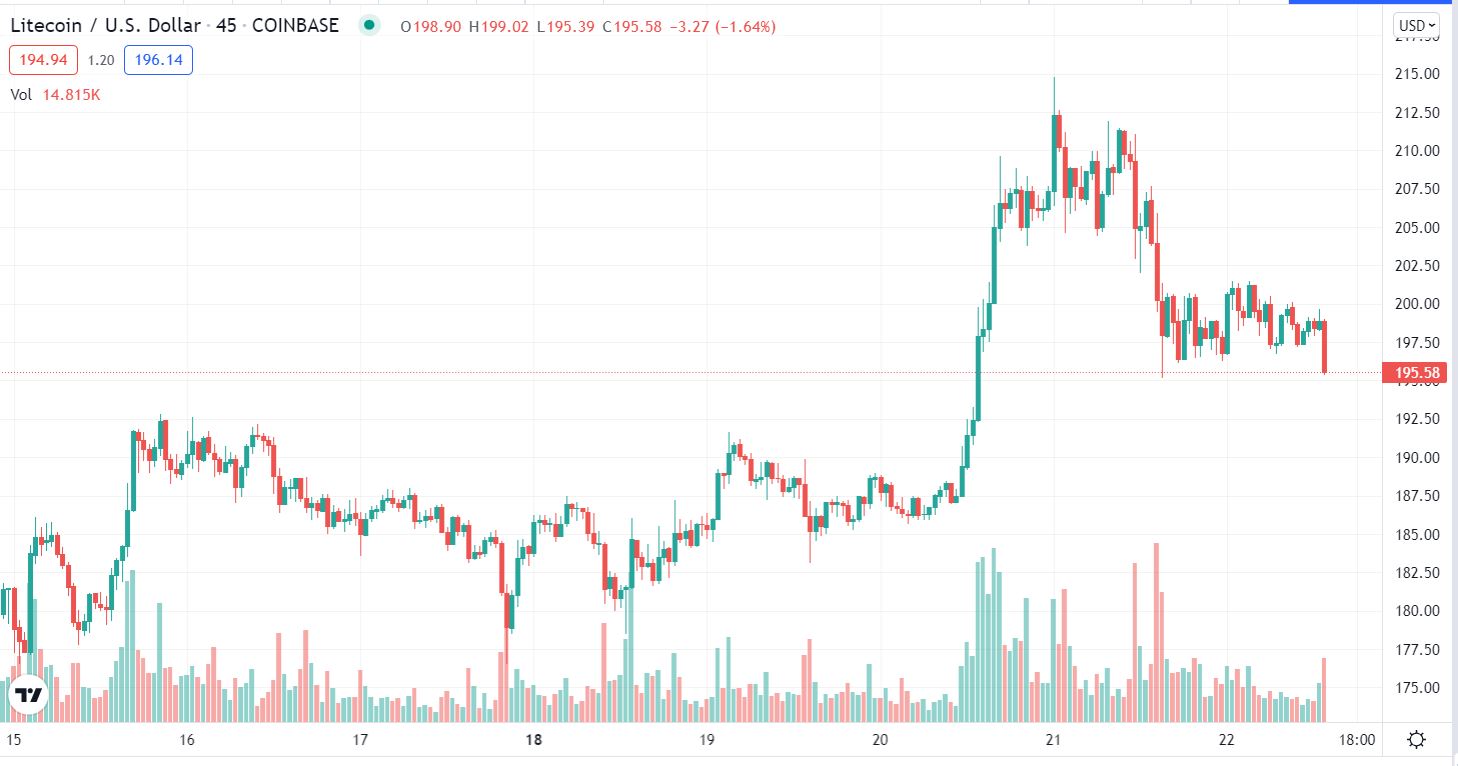 While Bitcoin and Ethereum dominate the cryptocurrency market, other coins are cheered by crypto enthusiasts over their price movements and fundamentals.

Polkadot is one of the top choices among traders and investors. DOT price skyrocketed by 464.45% from the previous year’s close. 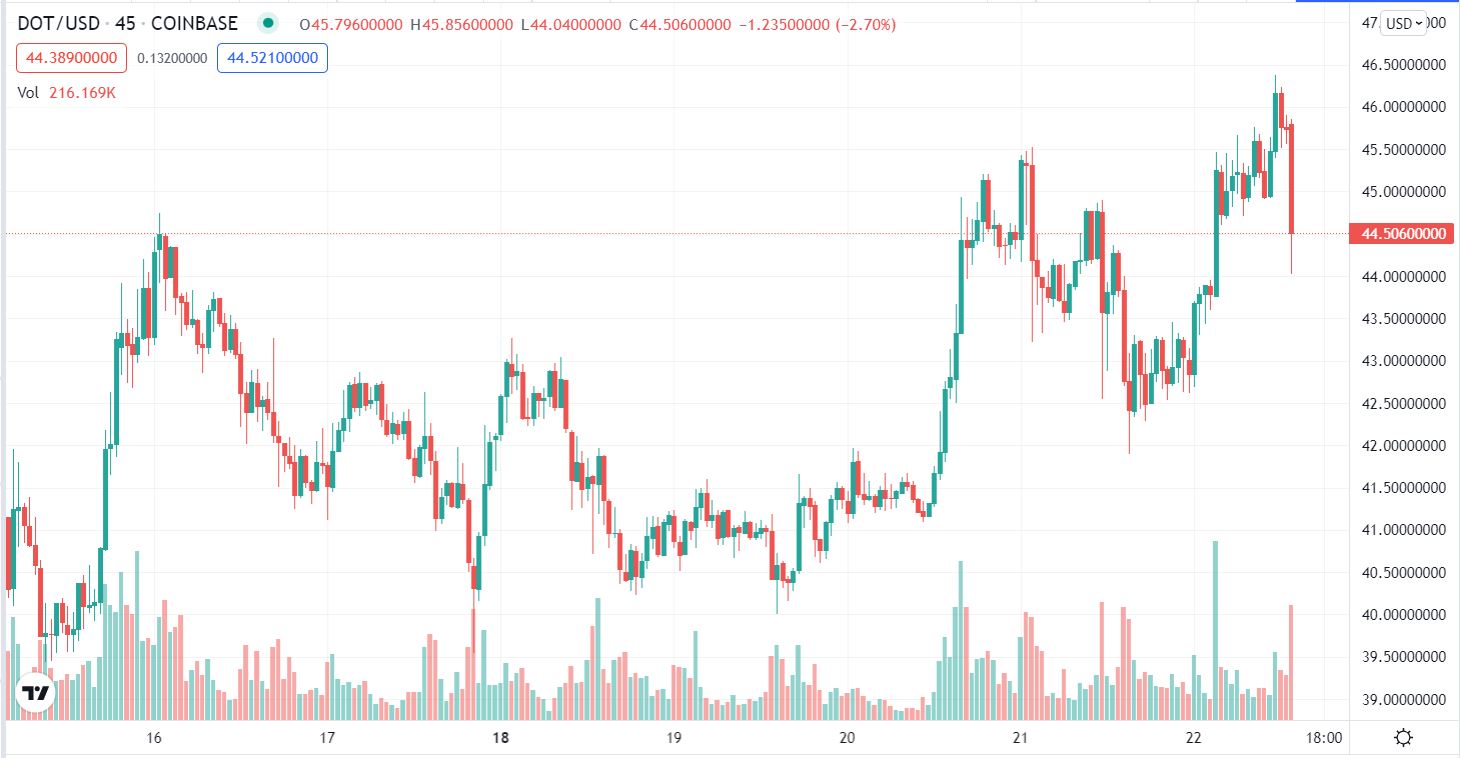 Currently, the coin is heading to its all-time high of $49.35, which seems to be hit shortly. 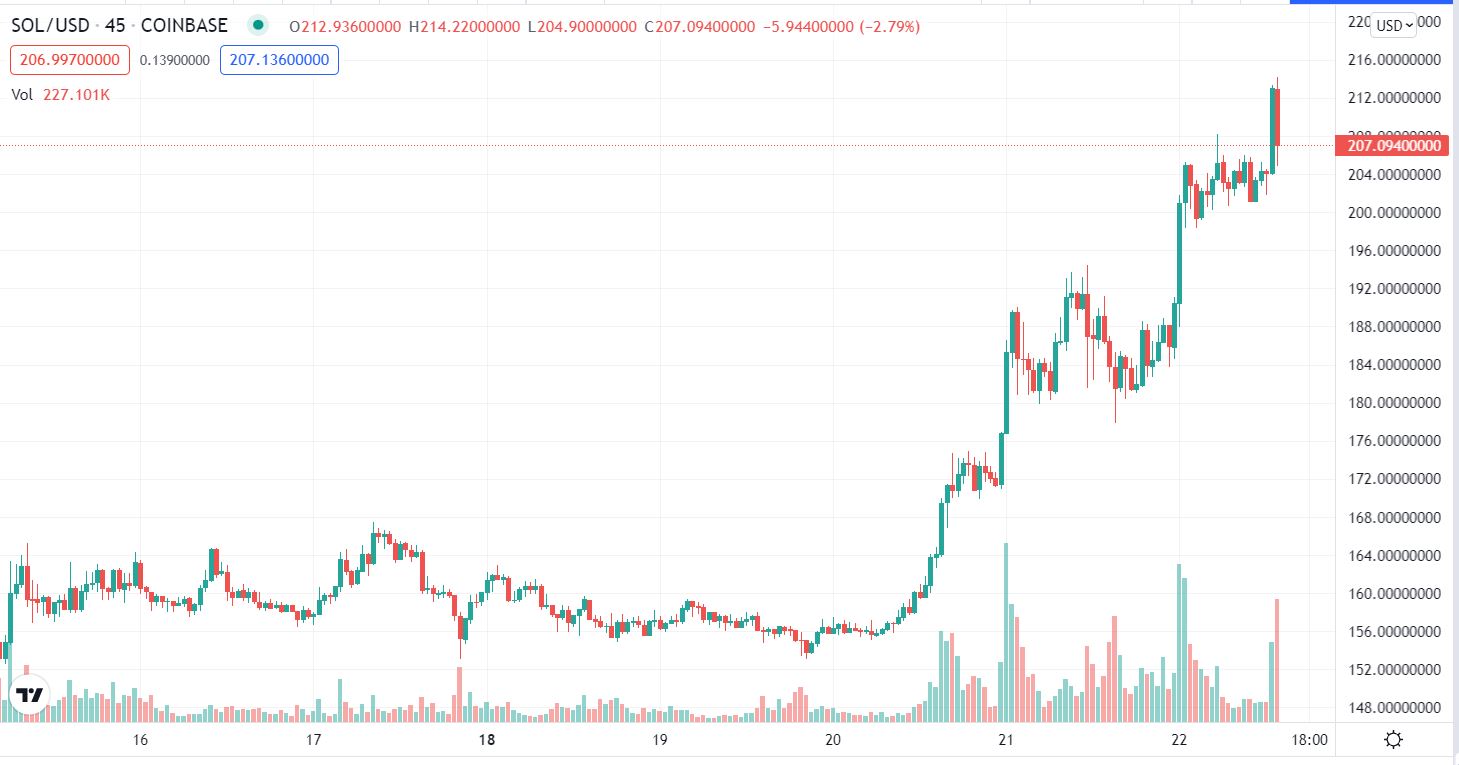 Doge is the other sought-after coin. The meme coin is approaching resistance at $0.28, with the next resistance level seen at around $0.3. Doge traded at $0.2421 at the time of writing, with a market capitalization of $31.58 billion. 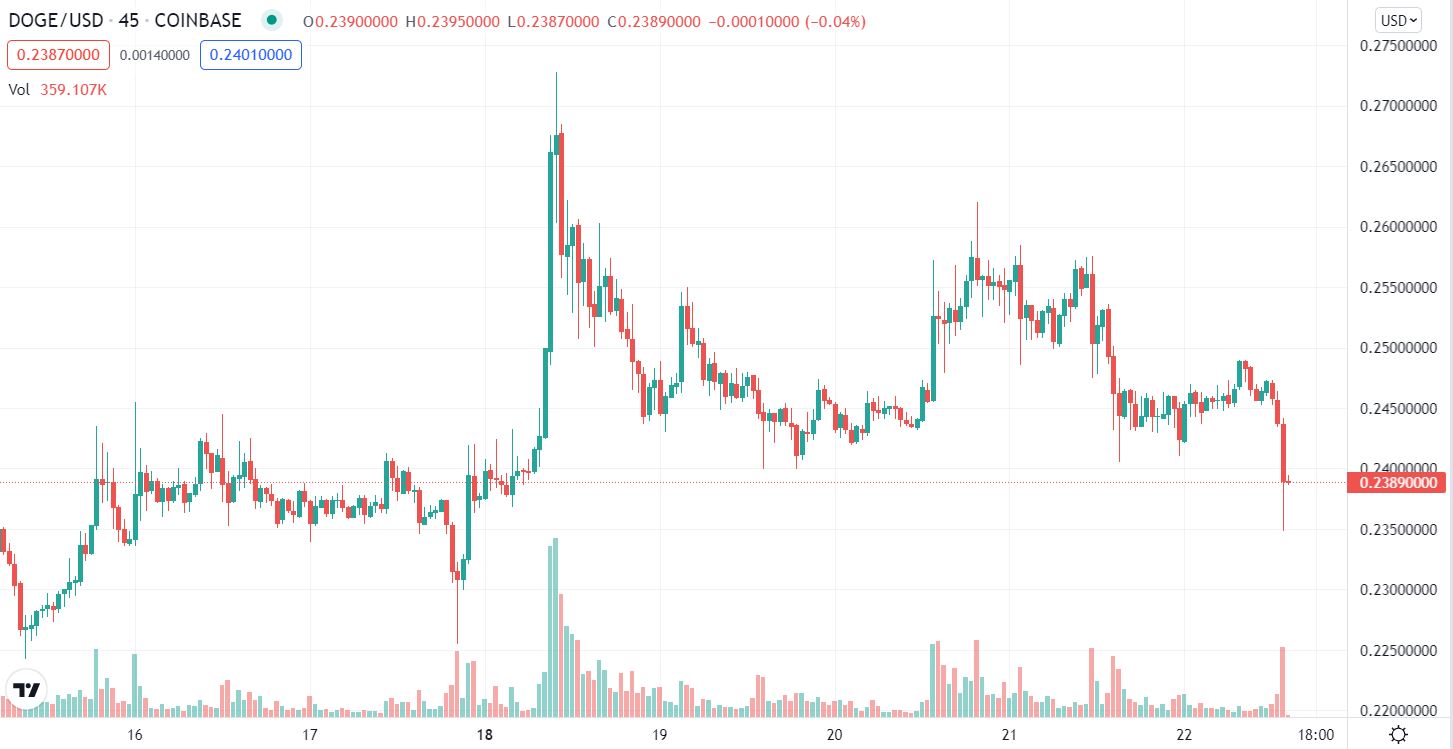 SHIB has been trying to steal the show ever since the beginning of October. It managed to outperform the Doge rival after Tesla CEO Elon Musk posted a rabbit-like figure holding a rocket, often seen as a symbol of the "to the moon" meme in the crypto space. SHIB jumped by over 22% following the tweet. 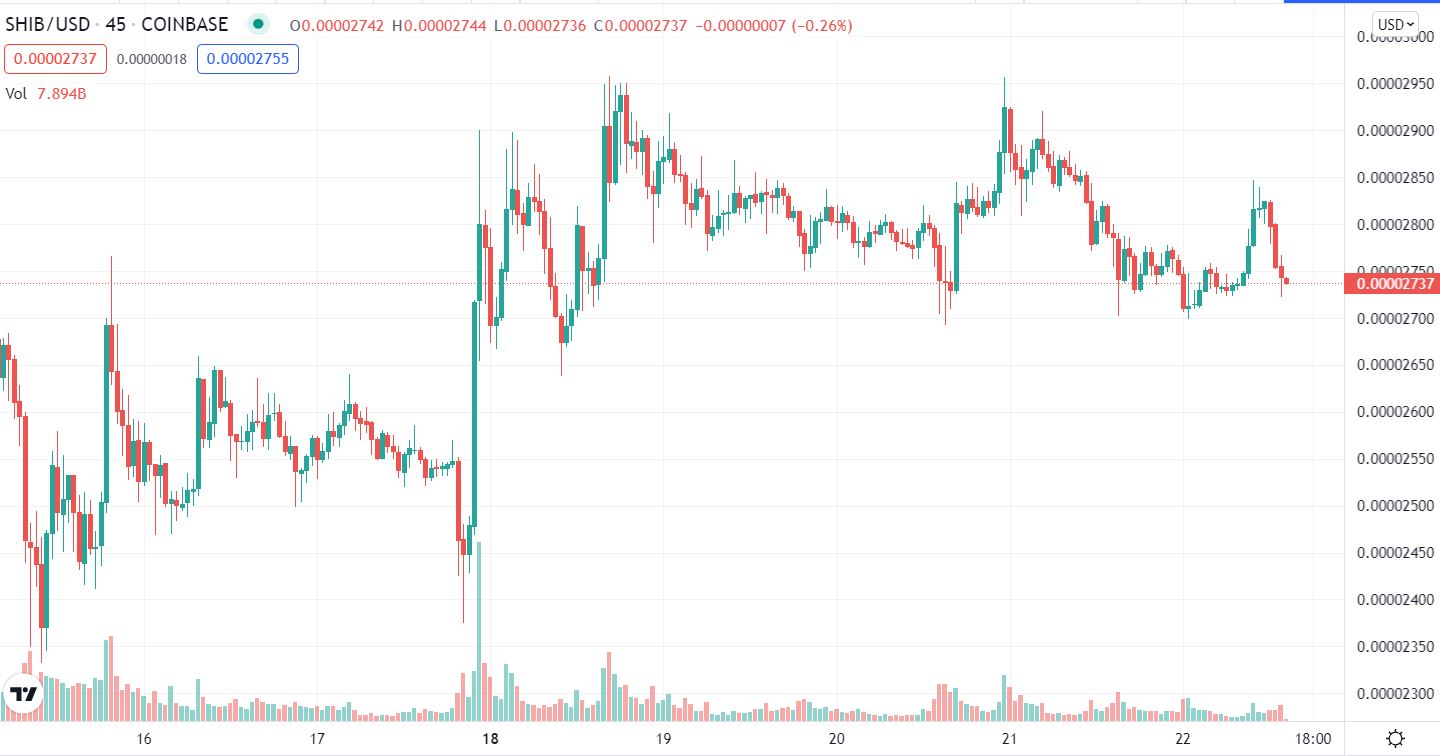 There's a lot of hype surrounding the crypto space and there are mixed experts’ opinions. It is crucial to have a healthy dose of skepticism and be crypto-curious. Stick to your regular investment strategy and make sure you understand all the risks.