Coinbase Pro has announced that it will support the trading of COTI starting on August 25. Trading is expected to begin on August 26 given the liquidity conditions are met.

Trading services for COTI will be available once liquidity conditions are met, which is expected on August 26.

Following the sufficient supply of COTI, the token will be ready for trading against the US dollar. According to Coinbase, the order book will be launched in three phases, including post-only, limit-only and full trading.

The COTI cryptocurrency stands for “currency of the internet,” and the blockchain aims to be a leading protocol for decentralized payment processing that enables businesses and institutions to issue their own tokens. COTI stands for both the blockchain and the name of its native crypto.

COTI launched its version 3.0 for staking rewards, which allows node operators to stake on the network, supporting liquidity and reducing circulating supply. Cardano’s venture fund, cFund, invested $500,000 in COTI in April this year.

Following the launch of ADA on Coinbase earlier this year, a theory has arisen that cryptocurrencies tend to experience a quick price jump after being listed on the US exchange.

According to crypto research analysis firm Messari, Coinbase listings have had the highest average return at 91% compared to other exchanges.

COTI price surged 75% after the Coinbase announcement, nearly reaching the target set by the ascending parallel channel on the 12-hour chart.

The token has printed a bullish pattern, providing an optimistic target for COTI price at $0.529, coinciding with the March 30 high.

COTI reversed the period of underperformance from the July 20 low, with a rise of 450%. Currently, the token is looking for support at the 78.6% Fibonacci extension level at $0.403. Holding above this level would allow COTI to be able to reach its bullish target.

Further buying pressure would incentivize COTI to set a new all-time high should the token slice above its previous record at $0.600. 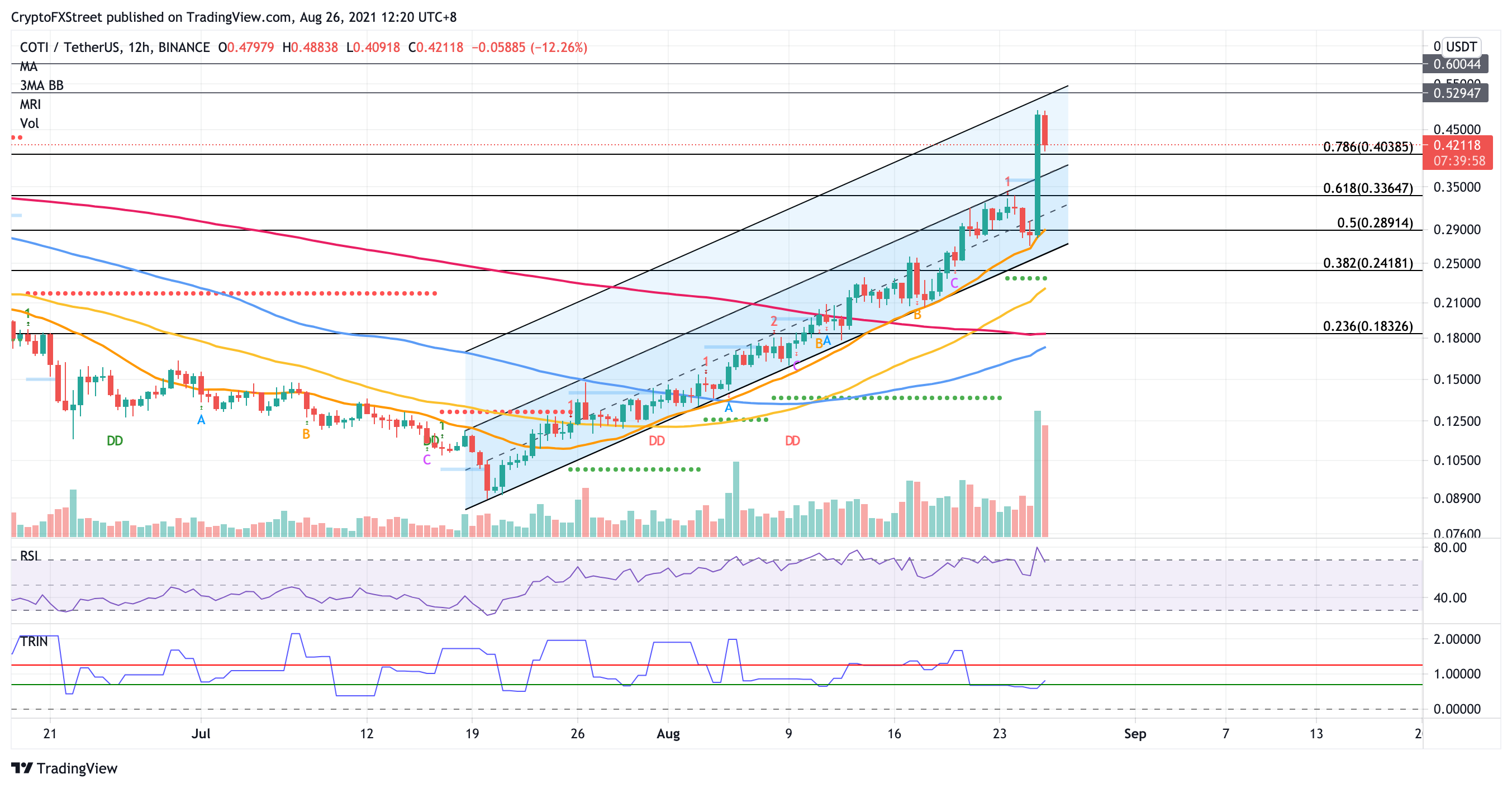 Further support may be found at the 50% Fibonacci extension level at $0.289, coinciding with the 20 twelve-hour Simple Moving Average (SMA).