Cosmos price has been on a roller coaster ride as it did a 5x since the start of 2021. However, its recent development starting from early February is concerning. Sellers are overwhelming the buyers, and if it continues, ATOM’s gains could vanish.

Cosmo price ongoing stagnation led to the development of an ascending broadening wedge, which is considered a reversal pattern. The technical formation results from the higher highs and higher lows formed by sellers who exhaust the buying power from the bulls. Therefore, a breakdown of the lower support may mark the end of ATOM’s uptrend.

The wedge forecasts a 57% downswing to $8, which is the distance between the swing high and the swing low added to the breakdown point at $19. Interestingly, this demand barrier coincides with the 61.8% Fibonacci retracement level. 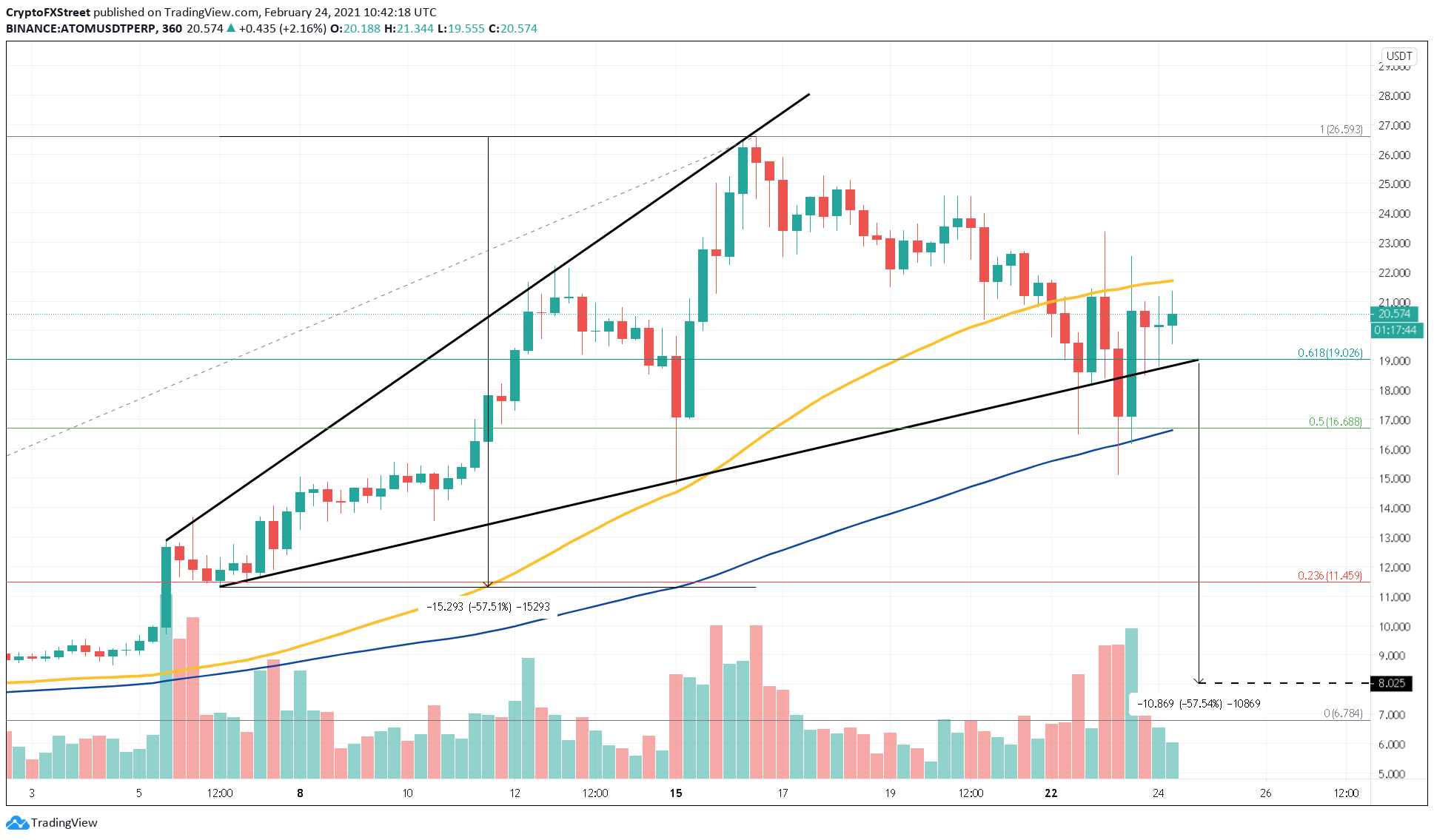 At the time of writing, Cosmos price is stuck between the 50 and 100 six-hour moving averages, ranging between $21.70 to $16.60. These are the most significant resistance and support points for ATOM since they will determine where it will be heading next.

Slicing through the 100 six-hour, MA will spell disaster and extend Cosmos’ downtrend up to $8. Meanwhile, a 6-hour candlestick close above the 50 six-hour MA at $21.70 will confirm ATOM’s bullish potential.

A further build-up of bullish momentum here could push Cosmos price up to the next considerable supply barrier at $26.60 and even extend the upswing by towards the 127.2% Fibonacci retracement level at $32.