Robinhood announced Cardano’s listing on its exchange platform, fueling a bullish sentiment among ADA holders. Two key exchanges added support for Cardano ahead of a milestone event in the Ethereum-killer altcoin.

Robinhood, the zero-commission exchange platform listed Cardano for its 23 million users. The listing comes ahead of a milestone event in Cardano, the Vasil hard fork. Binance US, one of the largest crypto exchanges in the US by volume, added support for Cardano staking.

Looking to move your $ADA to #BinanceUS? @Cardano is now available for #staking! Earn up to 6.1% APY at launch — Start staking in minutes. Get paid weekly and unstake at any time.

Two leading exchange platforms embraced Cardano ahead of its Vasil hard fork scheduled to occur in September. The Vasil hard fork is a long awaited event that is set to bring numerous enhancements to Cardano. Vasil will add throughput and scalability to Cardano’s blockchain. Smart contracts on the Cardano network will benefit from new Plutus capabilities.

Input Output Global (IOG) the developers of Cardano are committed to ensuring that dApps, developers and exchanges have adequate time to update their node versions. Testing and integration work will be complete before the Vasil hard fork.

70% of the top dApps that IOG has been tracking have confirmed successful pre-production testing. Exchanges are busy preparing for Vasil hard fork and the integration team is in touch with projects to support them throughout the process.

With Robinhood and Binance US announcement, the bullish sentiment among ADA holders has increased. The Vasil hard fork has garnered support from leading cryptocurrency exchanges, dApps and smart contracts. The crypto community is awaiting Ethereum’s Merge and Cardano’s Vasil hard fork with anticipation and preparedness.

Input Output Global is releasing new test versions of Daedalus as part of the final mile toward the Vasil upgrade. Preview 5.0.0 and Preprod 5.0.0 are test-only versions of the Daedalus wallet for developers and SPOs working in the preview and pre-production testing environments.

With this release, Cardano developers are moving closer to the Vasil hard fork scheduled for this month. 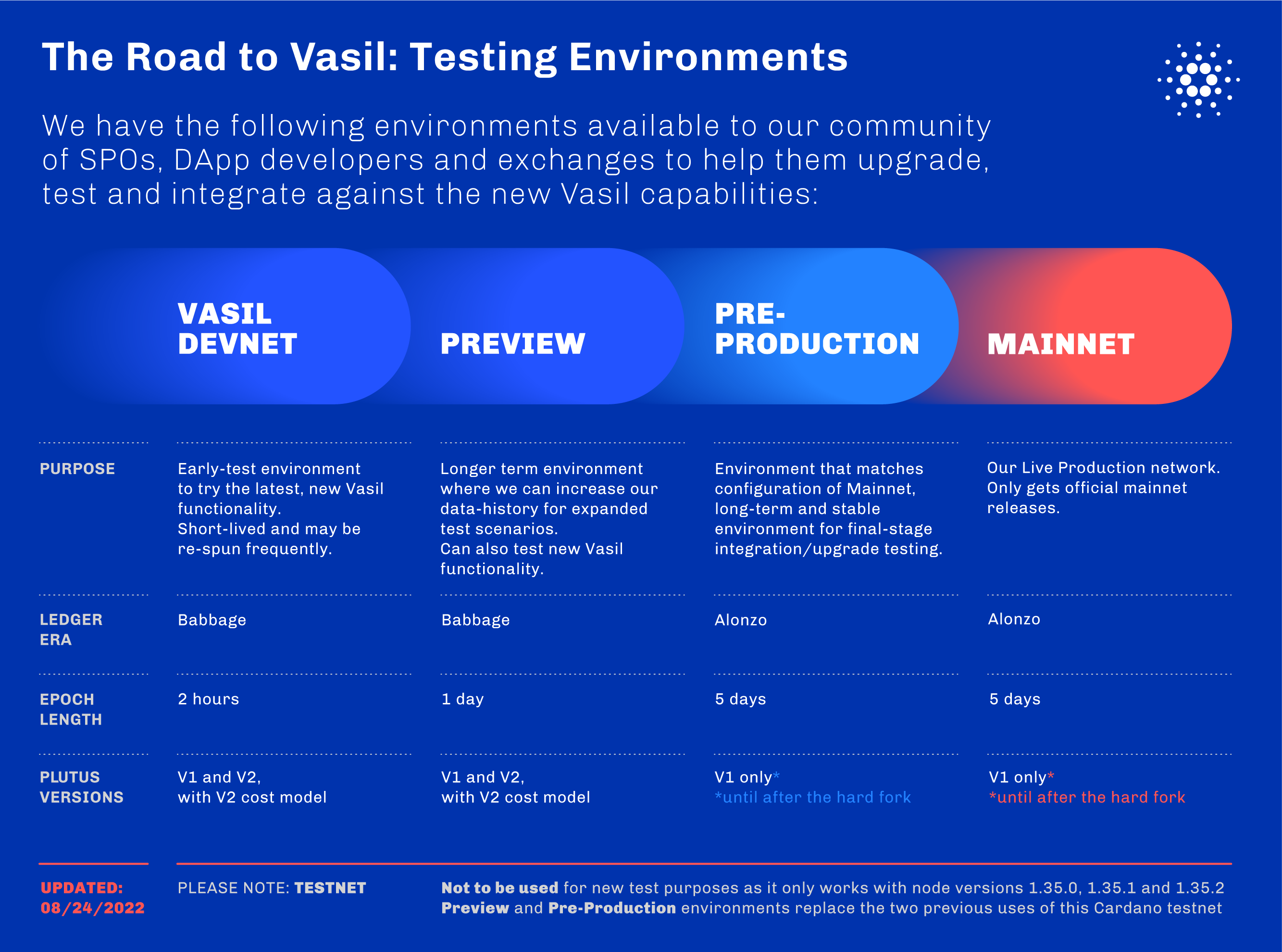 Analysts evaluated the Cardano price chart in light of recent bullish developments. As exchanges come out in support of the Ethereum-killer’s Vasil hard fork and list ADA, the altcoin is reaching a wider audience. With widespread adoption and utility, there is a likelihood of a Cardano price rally.

Analysts have held a bullish outlook on Cardano in recent weeks, and the Ethereum-killer price is ready to eye a bullish target. NeuralProphet’s PyTorch-based price prediction algorithm deploys an open-source machine learning framework. The deep learning AI model has set a target of $1.77 for Cardano price at the end of September.

Crypto analysts at CardanoFeed identified $0.50 as the main hurdle. A clear upside break above the $0.50 level sends the altcoin towards the $0.515 resistance.

CoinMarketCap community has projected that Cardano price will trade at $0.58, an 8.71% gain from the current price level.