Cardano price has been consolidating in a pennant pattern for almost six weeks on significantly lower volume than average. Short term target is $1.88.

The hottest sectors like DeFi and NFTs offer tremendous opportunities

In a new video entitled, Musings About the Roadmap, the CEO of IOHK (Input Output Hong Kong) Global shared how ADA plans to scale in size and in Africa, “we’re going to scale up resources there into the eight figures because there’s a lot of good news coming.”

The much-talked-about Alonzo upgrade will add support to the Cardano blockchain to allow developers to begin constructing on the platform. A functionality that the Ethereum ecosystem already maintains.

Based on the news, it appears that Cardano is only getting started, and considering there are more than 22 million developers worldwide but only 10,000 active dApp (decentralized app) developers, it is evident that there is a tremendous growth opportunity to bring the hottest crypto sectors like DeFi and NFTs to the platform.

The IntoTheBlock In/Out of the Money Around Price (IOMAP) data reveals constructive support between $1.17 and $1.25 with 314.31k addresses buying 7.66 billion ADA. As for resistance, speculators will encounter a minor amount between $1.25 and $1.27 before open skies.

Now, using a standard definition of a measured move, ADA could reach $5.50 and easily position it as one of the more prominent cryptocurrencies by market capitalization. 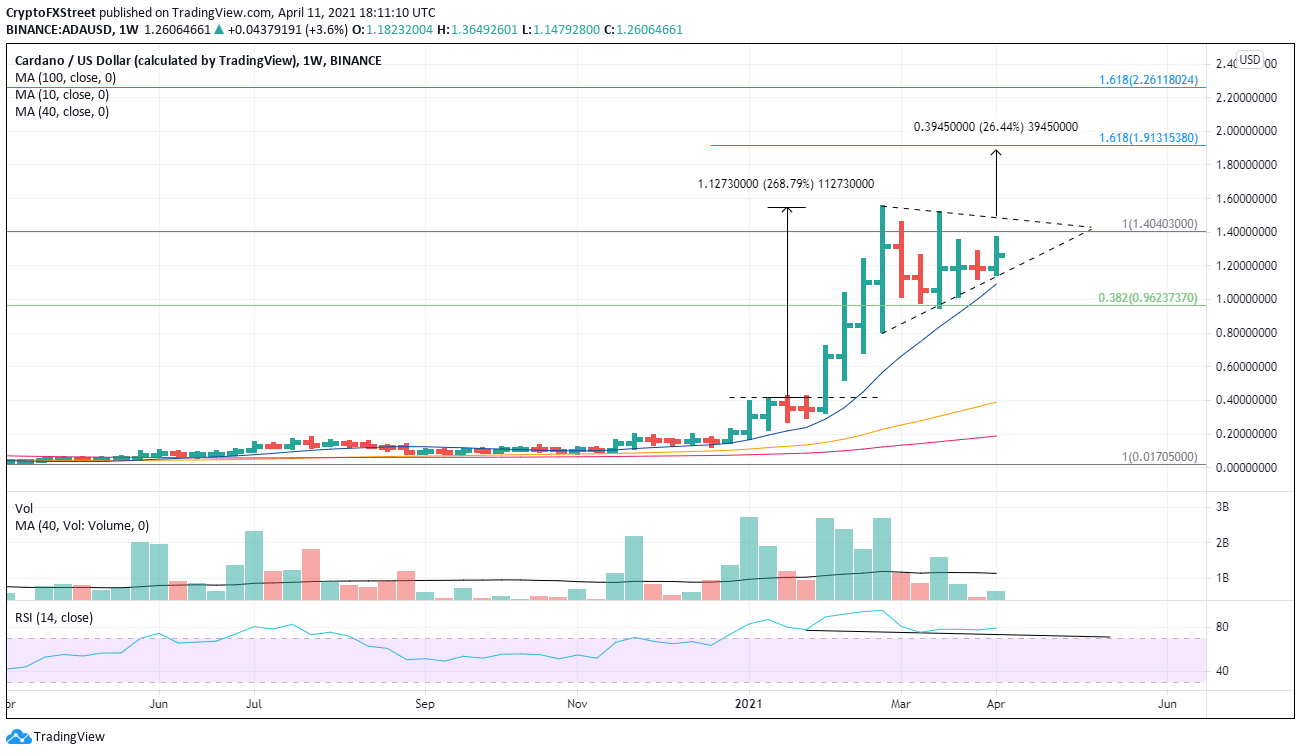