Cardano price is nearing the end of a consolidation pattern and suggests a violent breakout soon.

Cardano price has formed lower highs since February 27 as a result of aggressive sellers in the market. However, buyers responded by creating higher lows. A symmetrical triangle pattern seems to evolve by joining these swing highs and swing lows using trendlines.

This technical formation has no inherent bias but projects a 25% breakout determined by measuring the distance between the swing high and low formed between February 26 and 27.

A 4-hour candlestick close above $1.13 will signal a 25% upswing, while a decisive close below $1.10 will kickstart a correction of similar magnitude. However, considering the SuperTernd indicator’s recently flashed “sell signal,” the chances of a downward breakout are higher.

In such a scenario, Cardano price could drop to $0.80. 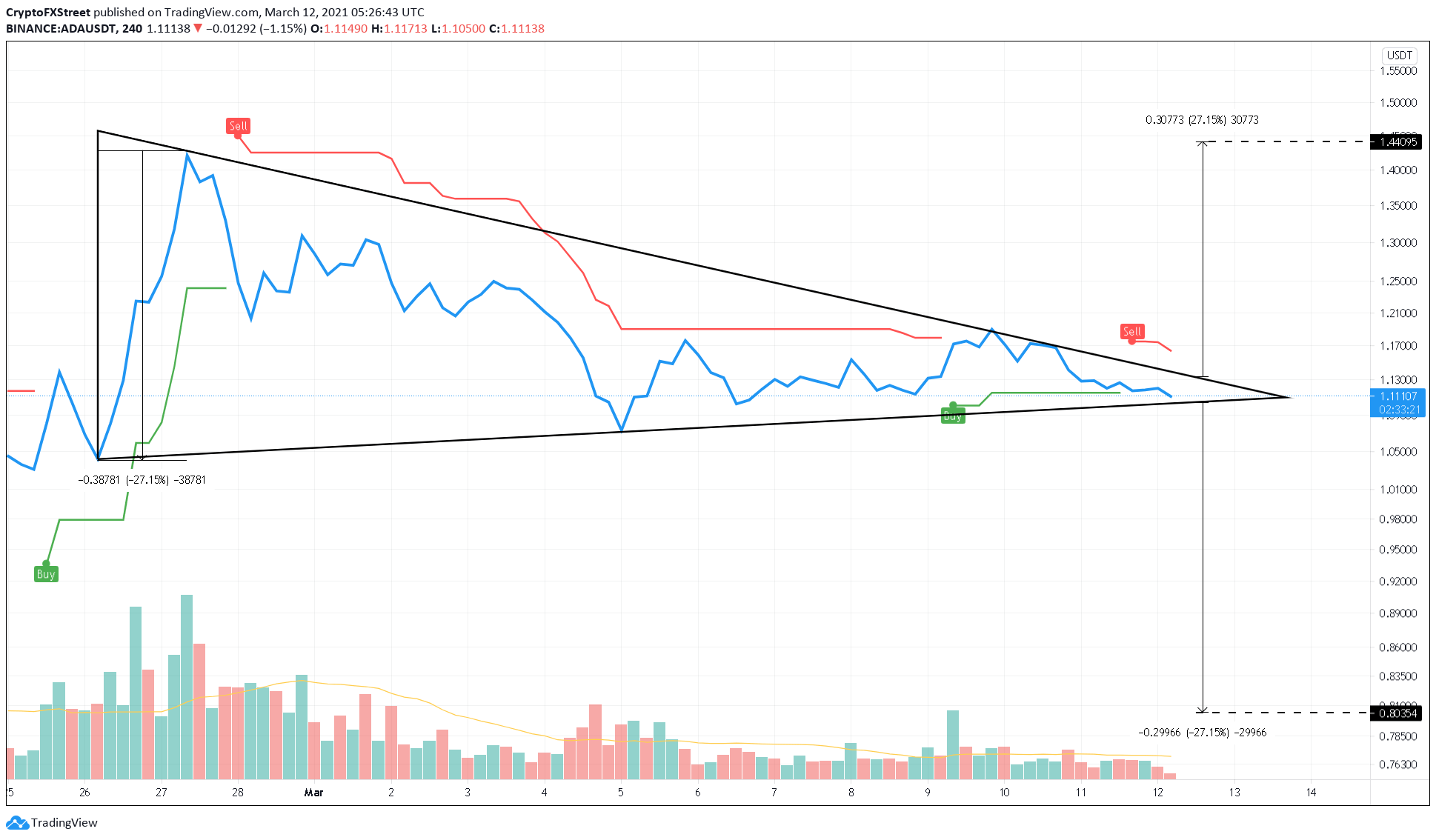 Adding credence to the bearish outlook is IntoTheBlock’s In/Out of the Money Around Price (IOMAP) model, which shows sparse demand barriers present below the current Cardano price. Roughly 23,800 addresses purchased 473 million ADA at an average price of $1.06 and will act as a deterrent to Cardano’s downswing.

Therefore, a breakdown of this barrier will serve as a secondary confirmation to ADA’s pullback.

Moreover, IOMAP cohorts reveal that any momentary upswing will face intense overhead pressure from “Out of the Money” investors at $1.13, where more than 136,0000 addresses previously purchased 5.36 billion ADA.

Therefore, it is imperative that bulls push Cardano price above $1.13 to have any chances of trending higher. If this were to happen, the buyers could propel ADA towards the upside target at $1.44.