Cardano's ADA had been range-bound with the bullish bias recently; however, the digital asset may be ready to resume the recovery amid the steady flow of positive fundamental developments.

The multi-asset brokerage eToro is set to unlock the staking-as-a-service option for Cardano (ADA). The new functionality that will allow anyone earning ADA by staking the assets supported by eToro will go live in October. Apart from ADA, users will be able to earn Tron (TRX) at the initial stages. Later on, the company plans to add support for  NEO, Tezos, EOS, and ETH 2.0.

Users will get their staking rewards monthly with no additional steps needed. The platform will send them emails detailing their yield and the calculation formula.

"We are proud to be one of the first regulated platforms to offer a staking service for Cardano and will be further expanding our staking service in the coming months," eToro CEO and Co-founder Yoni Assia, said commenting the news.

A new app created by an Australian developer Jeronimo Backes integrates Cardano with the Shopify platform, making the coins available as a means of payment in all Shopify stores.

The project allows Shopify stores processing transactions in ADA tokens and other tokens built on the Cardano network.

The app has an open code, meaning that other developers may contribute to it and customize it to answer various stores' needs. Once the store owner installs the app, they will be able to receive the funds in ADA directly from buyers without the need of an intermediary.

At the time of writing, ADA/USD is changing hands at $0.1. The 10th largest coin with the current market capitalization of $3.1 billion bottomed at $0.075 on September 23 and staged an impressive recovery ever since.

The coin has gained over 3% in the last 24 hours and over 33% in the recent week, becoming one of the best-performing coins out of the top-10. 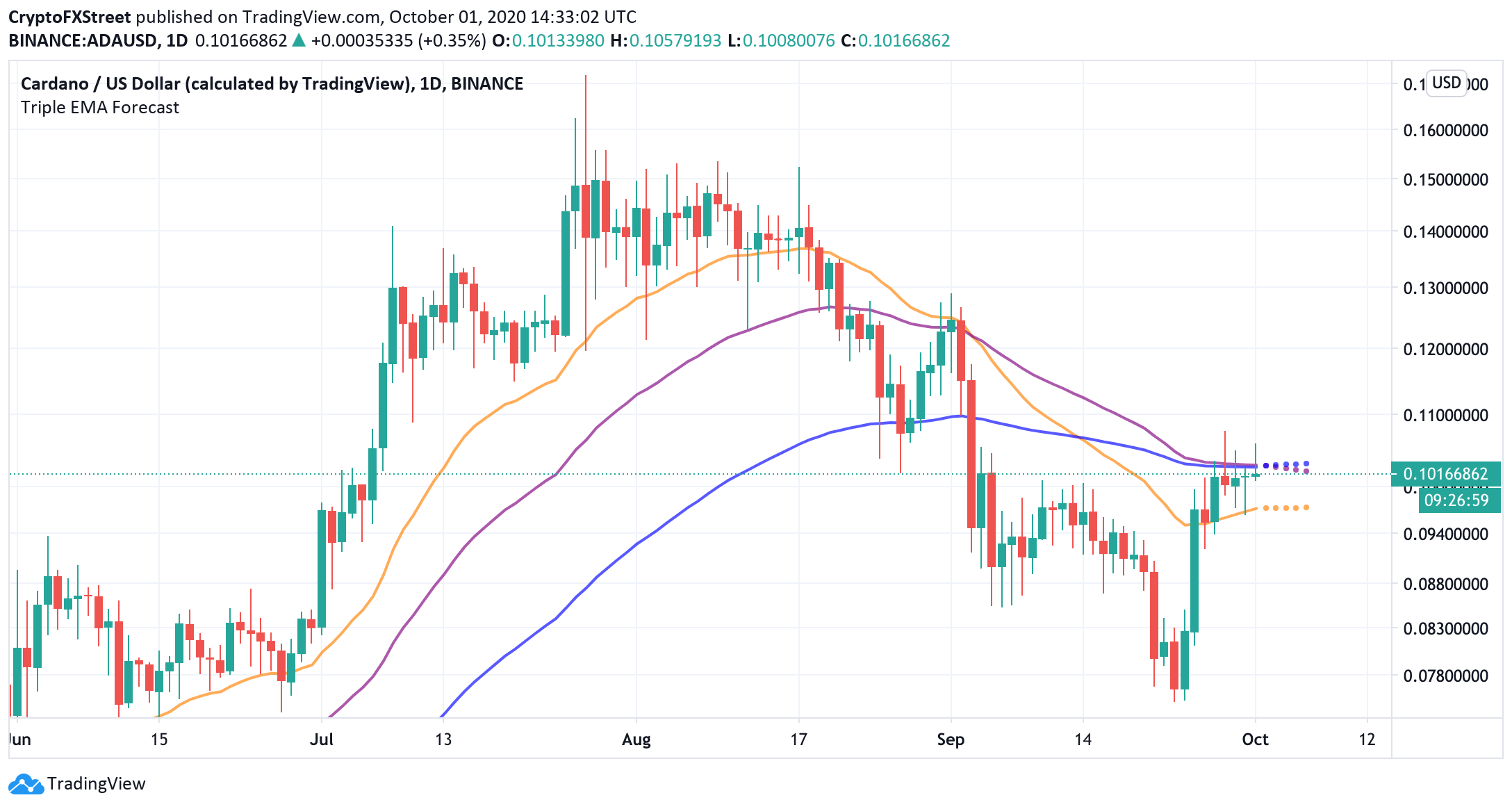 From the technical point of view, a move above psychological $0.1 us a significant improvement for the coin. If this breakthrough is sustained, the upside momentum may continue gaining traction with the next focus on $0.128 (the previous recovery high form September 1). Once it is out of the way, bulls will target $0.17 (the highest level of 2020 hit on July 20).

Meanwhile, a combination of the short-term and mid-term EMAs located right above the current price may create a strong resistance an push the price back below $0.1 and to the local support at $0.097 (long-term EMA on a daily chart).