After a long correction in September, BTC/USD has managed to reverse up and gained 50%! How to trade it now? Let’s find out.

First, the growth has started in early October, supported by the comments of Federal Reserve Chairman Jerome Powell. He said that the US central bank had no intention to ban cryptocurrencies. That announcement encouraged crypto investors. As a result, Bitcoin surged by 10% that day. Secondly, the first Bitcoin exchange-traded fund in the United States has begun trading at the New York Stock Exchange! It is great news for the entire crypto market as the launch of this ETF has confirmed that Bitcoin is legitimate.

iTrustCapital: “The launch of the first bitcoin-linked ETF in the US will bolster the broader crypto market and help an entirely new investor class experience the benefits of bitcoin as a legitimate asset.” Bitcoin has increased its value significantly in October as investors on expectations of the fund's debut and also since more institutional investors with big names are purchasing it.

Bitcoin has approached the psychological mark of $65,000. It’s a strong resistance level which the pair may fail to cross on the first try. The RSI indicator signals that Bitcoin can be already overbought. Thus, we might expect a short pullback to the support level of $60,000. It’s a good idea to add the MACD indicator to your chart. When the MACD bar crosses the red signal line upside down, it can signal that Bitcoin will go down. Still, the long-term trend remains upward. If Bitcoin closes above the resistance level of $65,000, it will rally up to the next round number at $70,000. 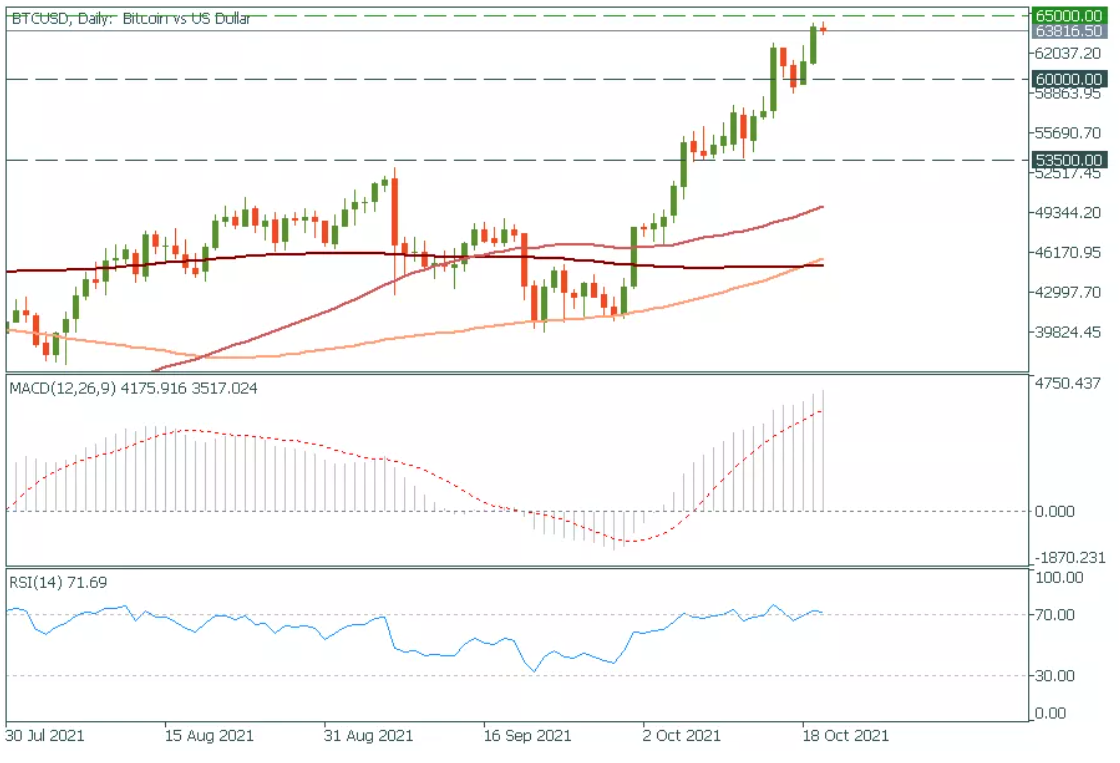