Bitcoin has regained upside momentum following Thursday’s 2.5% drop, which saw the market nearly re-test the former resistance-turned-support near $53,000. The cryptocurrency was trading near $55,500, representing a 3% gain on the day, having printed a five-month high above $56,000 during the European hours.

The higher lows and highs pattern seen in the featured chart above suggests that the path of least resistance is to the higher side. Upward momentum looks strong with the daily chart MACD histogram charting higher bars above the zero line.

However, another failure to hold $56,000 would validate the overbought reading on the four-hour chart relative strength index (RSI), opening doors for a pullback. A UTC close under $53,000 would weaken the immediate bullish case.

Meanwhile, scaling solution Polygon’s MATIC token has jumped 10% to a three-week high of $1.42.

With the 14-day RSI biased bullish above 50 and pointing north, MATIC may see further gains. Key resistance is seen at $1.52 – the upper end of the large triangle pattern seen in the chart below. A close higher would strengthen the upside bias. 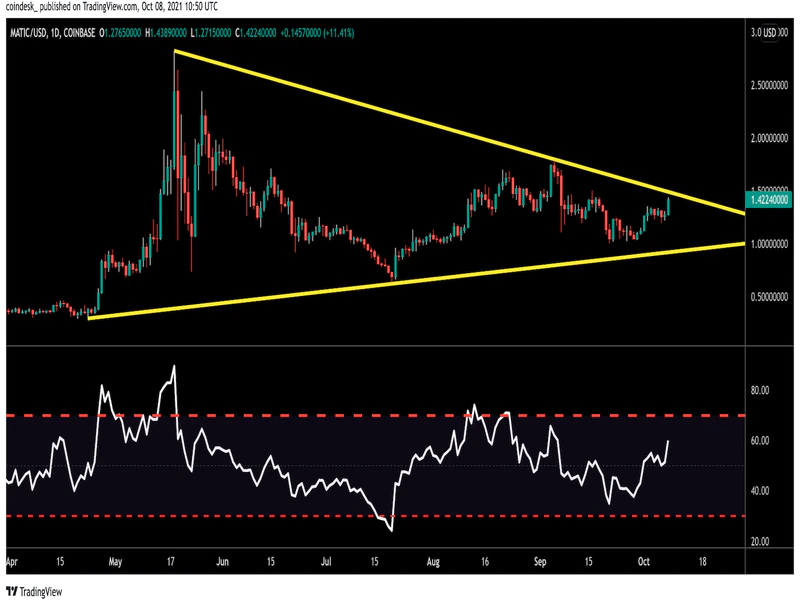